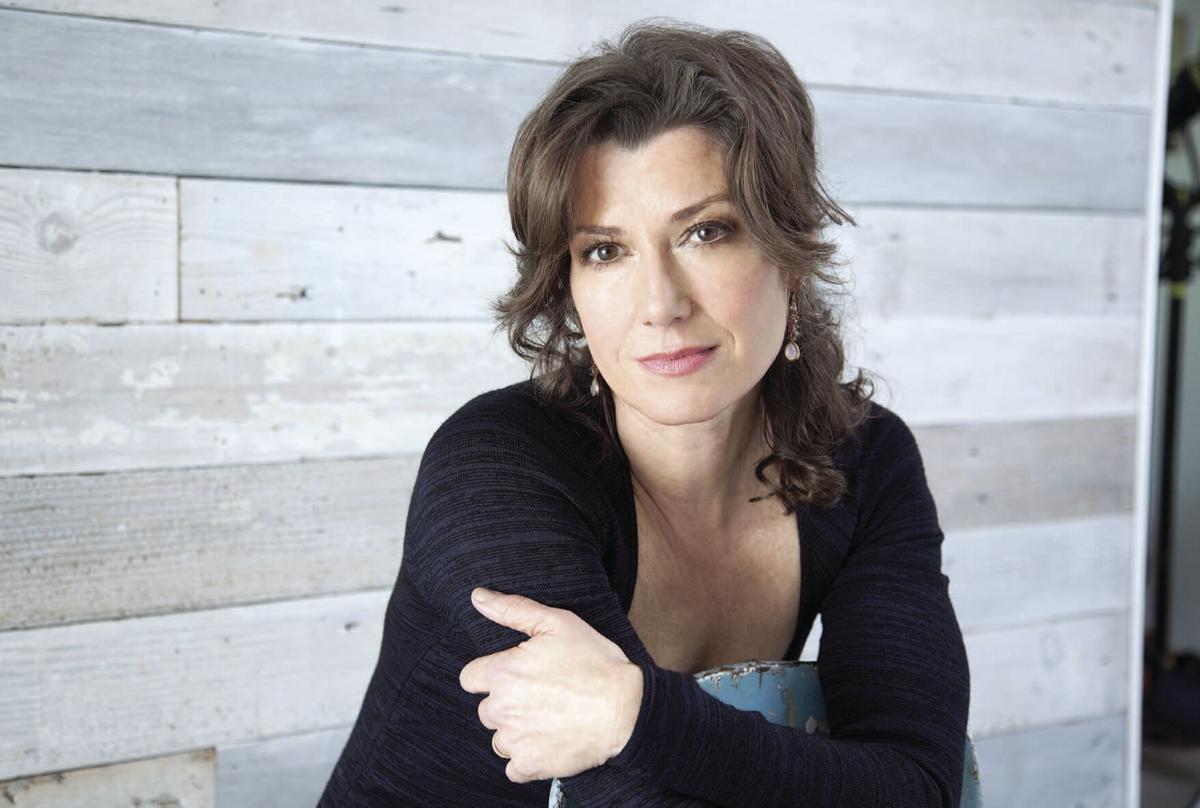 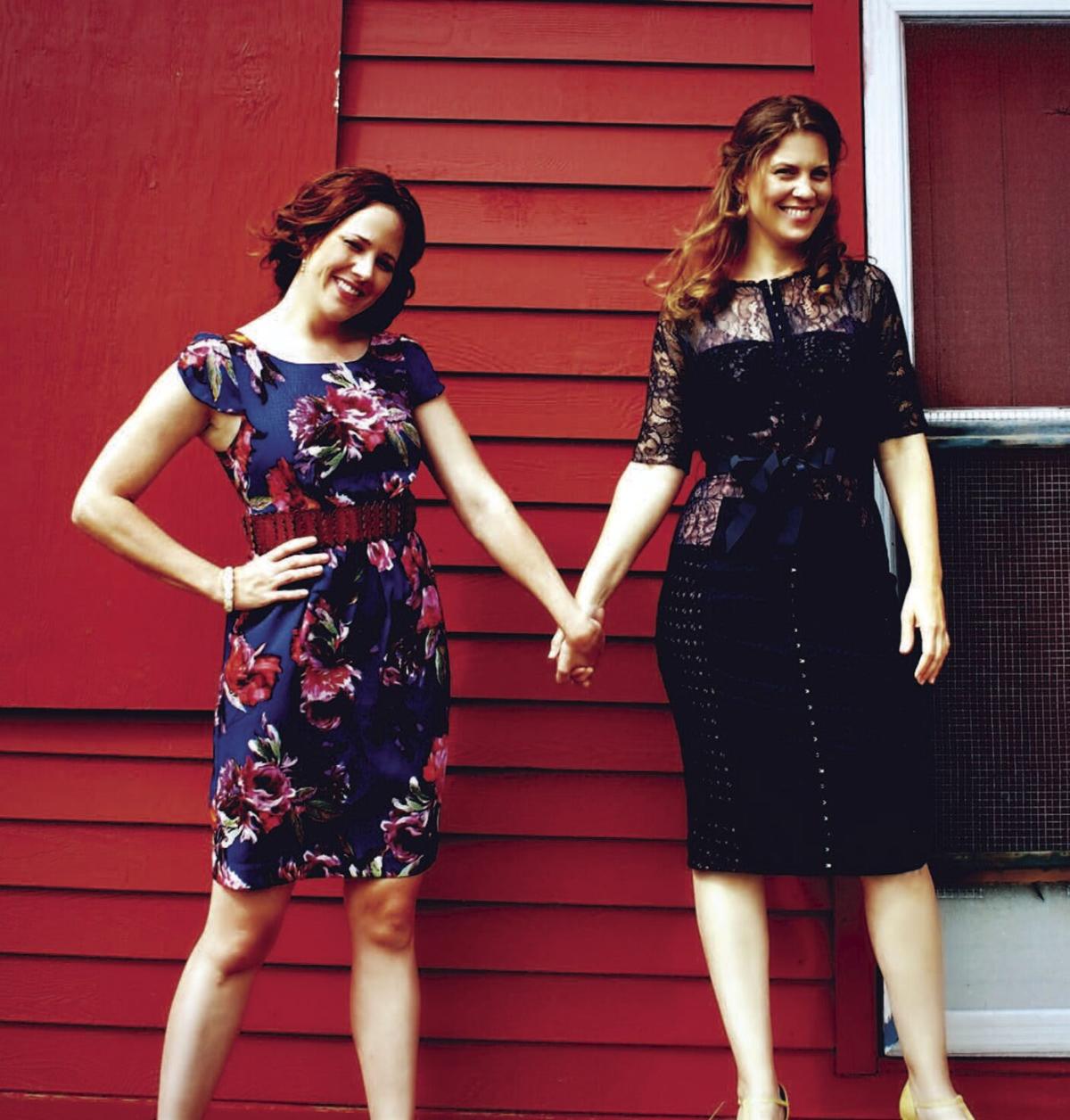 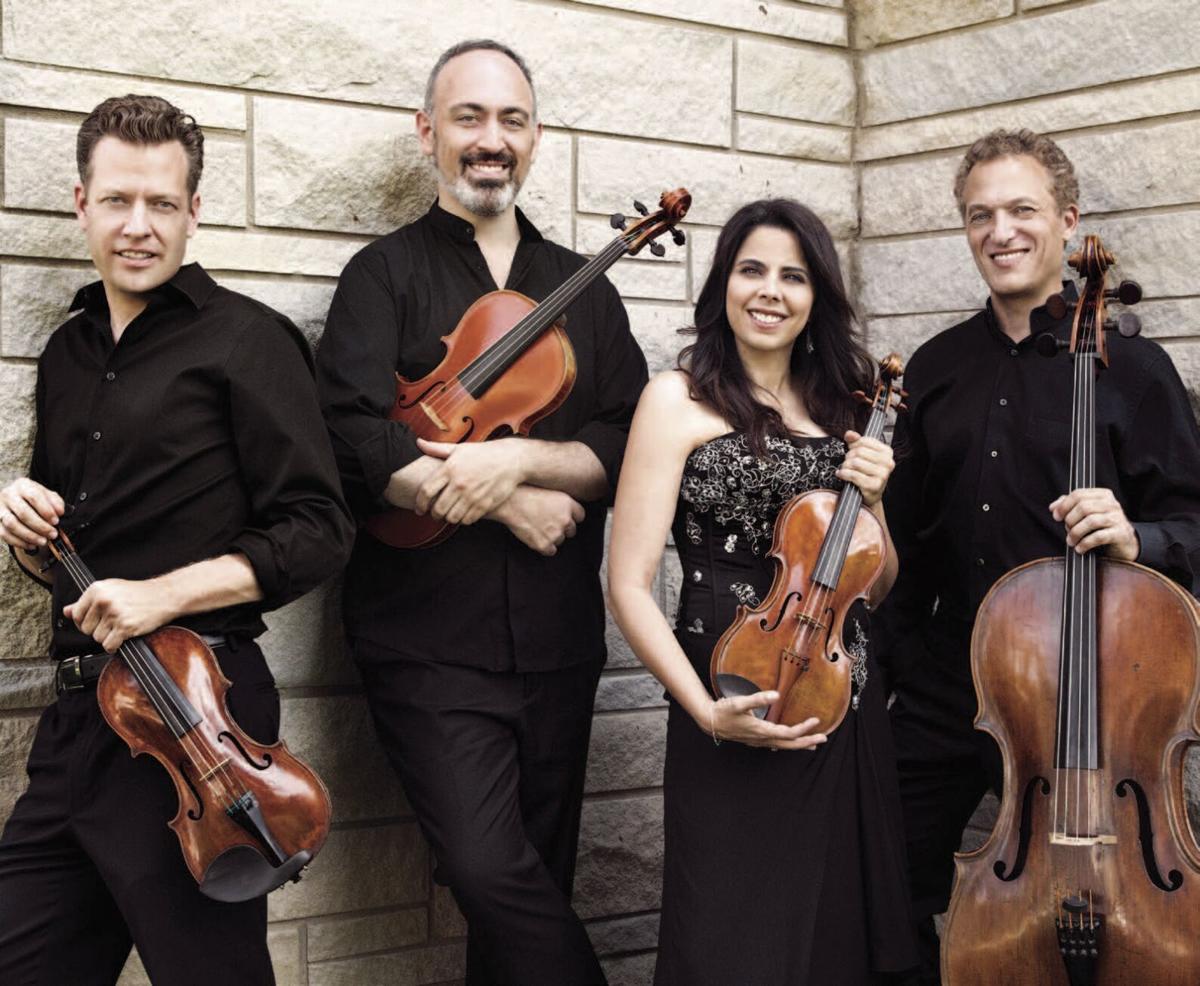 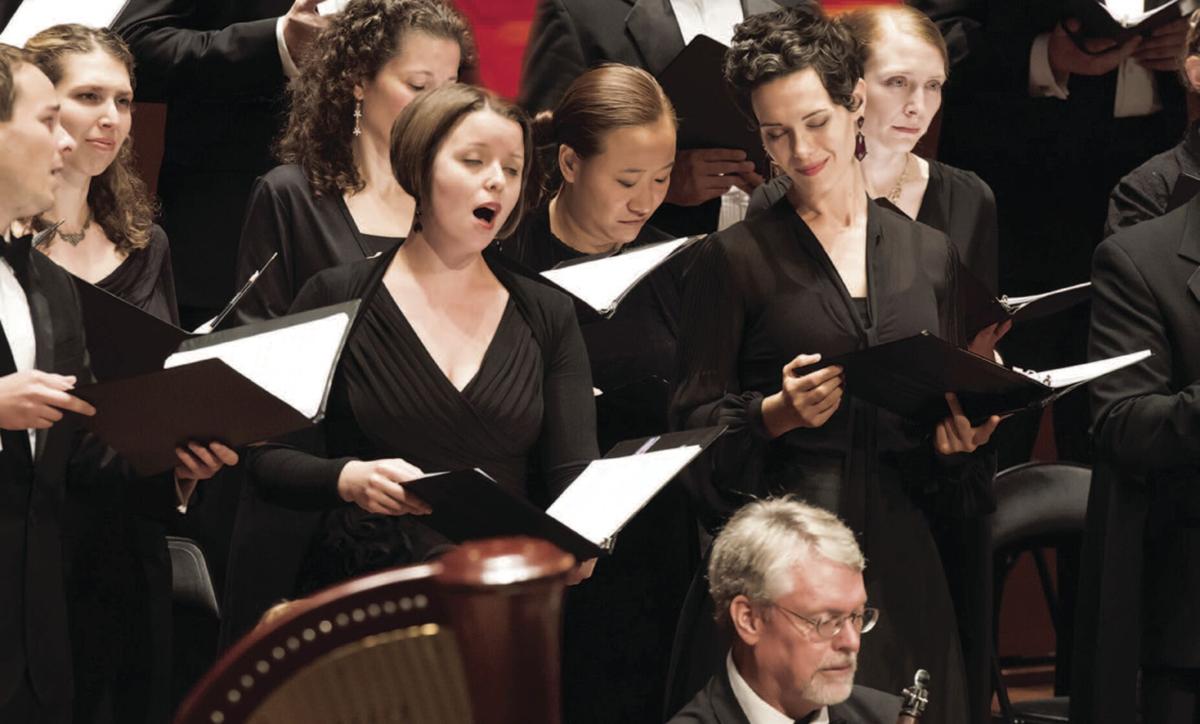 True Concord returns to the stage for a variety of in-person concerts. 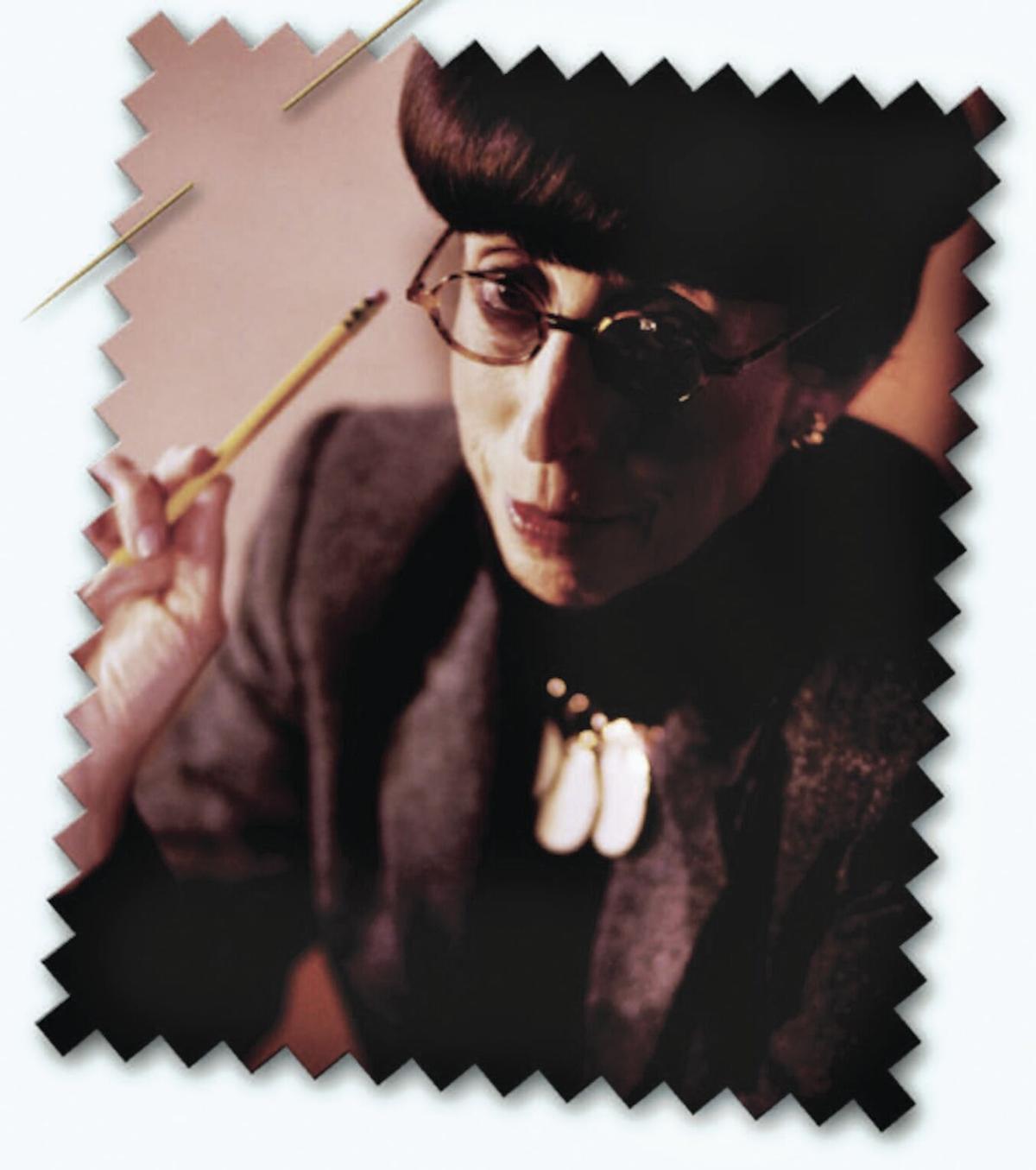 True Concord returns to the stage for a variety of in-person concerts.

Yes, there are concerts to listen to, plays to watch, and films to enjoy in person and online. Read on to discover some highlights.

The exact origin is lost in the hurricane of history, like the first couple to defy gravity with a heart-halting catch on the trapeze, or the first clown to slip on a pair of over-sized shoes and stumble headlong into laughter. But historians seem certain that the phrase stems from under the Big Top, and indeed, it does have the air of a ringmaster asserting the priorities of the house: “The show must go on!”

But how to do that, when all the scientific evidence says that there is actually not safety in numbers, and gathering to witness a performance may be dangerous?

The performing arts groups of Tucson, along with the venues that support them, have had to tackle that question. The answers they’ve come up with have been varied, genius, and — in some cases — disappointing, however understandable they are.

Although we cannot list what every group has chosen to do with its 2020-21 art season — that would be rather like the circus knife thrower outlining a moving target — we have endeavored to present the plans of a few of the Old Pueblo’s most beloved arts organizations.

I Have a Few Notes

The Tucson Symphony Orchestra has survived all the challenges of nearly 92 years of providing beautiful music in the Old Pueblo, and they are dealing with this current crisis by devising a diverse online program of talks, recorded concerts, and even playlists and a book club. The fact that you get to hear TSO Concertmaster Lauren Roth (and many others) in recital in the comfort of your own home — for free — is pretty remarkable. The amazing musicians who perform each year for Arizona Friends of Chamber Music hail from all over the world, making it all the more necessary for the group to shift to a digital format. For example, this month — for about the price of a couple of coffee drinks — you can watch the composer/cellist Xavier Foley team up with pianist Kelly Lin for a Nov. 21 program that includes some original works, as well as Bach’s Cello Suite No. 2 in D minor, BWV 1008. You also can check out violinist Anna Gendler, and pianist Alexander Tentser, who are well known to local audiences for teaching in our community and performing with various groups, play for free on Nov. 14. And start the month by watching a free concert by a string trio composed of Tim Kantor, Michelle Abraham and Nick Mariscal on Nov. 7.

At press time, Arizona Early Music Society was still planning to thrill audiences with songs from the renaissance, medieval times, and other eras gone by with live, in-person concerts. These will most likely sell out quickly, so visit their website and get tickets soon so you don’t miss out. The first concert is planned to be Tenet, made up of singers Jolle Greenleaf, Molly Quinn, and Virginia Kelsey Warnken, performing songs about women from 17th century Italy. That’s slated for Jan. 21 at Grace St. Paul’s Episcopal Church.

The Tucson Guitar Society has specialized in intimate and exciting recitals, and that tradition continues — albeit online — with streaming videos of lectures, workshops, and performances. The University of Arizona Guitar Studies Facebook page has the details.

Arts Express has already begun its in-person musical theater season, with last month’s production of Sweeney Todd at leased space in Park Place. They also are planning to perform A Christmas Carol (Dec. 4-13), and West Side Story (April 23-May 2, 2021) in the same location.

Odaiko Sonora, in existence since 2002, is slated to present a live, in-person performance of taiko drumming on Nov. 12 at Green Valley’s Community Performance & Art Center. They also have had classes online, and are looking at holding some free, outdoor performances soon.

In response to the pandemic, Arizona Arts Live has hosted local musicians for streamed performances in The Tucson Studio series. At press time the organization was dealing with, among other things, the closure of the campus venues it traditionally uses, as well as travel difficulties for the artists booked for 2020-21, and it was still evaluating options for future streamed content.

Ballet Tucson, which has graced us with incredible original choreographed dance works, as well as authorized performances of Balanchine ballets, has had to cancel its in-person season. But they did hold an online fundraiser in September, and are considering future streamed performances.

At UA Dance, they are facing much the same dilemma, and are investigating doing some drive-in style outdoor performances, along with filmed pieces that can be viewed online.

The Song (Doesn’t) Remain the Same

Arizona Opera began its season with a live Studio Spotlight performance in Phoenix that was streamed for audiences in Tucson. Plans for the future call for more of these spotlight concerts, followed by outdoor Arizona Aria concerts in early 2021. These performances may be live in Tucson, but they also definitely will be available to view online. Beyond that, the company has announced it will film the new opera The Copper Queen and present it for viewing in the spring of 2021.

True Concord began its 2020 concert season in October with a live, outdoor performance of the Brahms’ Requiem, done for piano four hands and voices. The group also is performing live, small ensemble “vocal consorts,” with concerts Nov. 1, 2, 3, 4, 6 and 8 in various locations. For December, the annual Lessons & Carols by Candlelight concert will be a recorded, online performance, as will Handel’s Messiah.

Tucson Arizona Boys Chorus kicks off its season on Dec. 12, with a live, in-person Holiday Concert, taking place outside at the TABC headquarters on Pima Street. They will follow that up on Feb. 20-21,

Left: Pacifica Quartet performs for Arizona Friends of Chamber Music, Dec. 19, 2020. Photo by Lisa-Marie Mazzucco2021 with a live Classics Concert, a May 1, 2021 Pops Concert, and a performance at the International Boys and Men’s Choral Festival July 18, 2021. The venues are all different for those concerts, so check the chorus’ website for details.

The Tucson Girls Chorus has moved its classes and rehearsals online, and at press time there was the possibility of future public performances that could be online, outdoors, or in a socially distanced environment.

Arizona Repertory Singers aren’t letting the current state of things stop them from rehearsing and performing online. Fans can go to their website and listen to four pieces that ARS had originally prepared for the spring concert. The group also has been preparing a “Home for the Holidays” virtual performance that will include collaborations with other community choruses. That concert is expected to debut online Dec. 11.

Always adaptable, Arizona Theatre Company has developed online content, including partnering with The 24-Hour Plays, a national project that has generated new monologues. For 2021, ATC plans on a full slate of plays that can be attended in person, or viewed online. The initial, digital-only offerings will include Lauren Gunderson’s The Heath, Walk Into the Sea by Elaine Romero, and Somewhere Over the Border by Brian Quijada, coproduced by Teatro Vista. The mainstage lineup, beginning in January 2021, will feature My 80 Year Old Boyfriend by Charissa Bertels, Christian Duhamel and Ed Bell, Pru Payne by Steven Drukman, and Nina Simone: Four Women by Christina Ham.

Nothing stops Invisible Theatre for long, and that includes the challenge of mounting live performances while keeping audiences and actors safe. IT has been able to do just that, however, and has already staged Filming O’Keeffe, and Trumbo: Red, White and Blacklisted. Coming up are Gloria: A Life by Emily Mann (Feb. 16-28, 2021); A Conversation with Edith Head (March 11-14, 2021); and From Brooklyn to Broadway (April 10-11, 2021).

The Rogue Theatre also has taken a very innovative approach to performing during a pandemic, using masked, non-speaking actors, and a pre-recorded soundtrack of voice, music and effects. Additionally, they have recorded one of their productions — A View From the Bridge — to be viewed online. Coming up this month is Mary Shelley’s Frankenstein (Nov. 5-22), which will be followed this season by The Oresteia (Jan. 7-24, 2021); The Weir (Feb. 25-March 14, 2021); and As You Like It (April 22-May 9, 2021).

Borderlands Theater continues its cutting edge approach this month with Antigone at the Border (Nov. 20-22), transporting the ancient Greek tragedy to modern times, and casting the heroine as a humanitarian aid worker. The production — created in combination with Teatro Bravo — will be live streamed, using a combination of real-time performance and video media.

The greatest champion in the Southwest of independent, classic, and avant-garde films, The Loft Cinema has been carrying on its mission to show great movies by having online screenings, private rentals of its facilities, and even outdoor projection. At press time, no date had been established for reopening the three Loft theaters for regular shows, but they are working toward it.

The Fox Tucson Theatre, a historic downtown landmark, hosts live concerts, talks, and theatrical events, and also shows classic movies. They are streaming concerts for now, and plan on having in-person events in early 2021, with Paula Poundstone (Feb. 4, 2021), Amy Grant (Feb. 25, 2021), and the Atlanta Rhythm Section with Firefall (March 11, 2021).

Another cinematic institution in our community, The Screening Room, also is trying to find its footing in the pandemic. It’s held some online screenings, and private rentals, but as of early October, needed emergency funds to prepare to reopen for regular showings