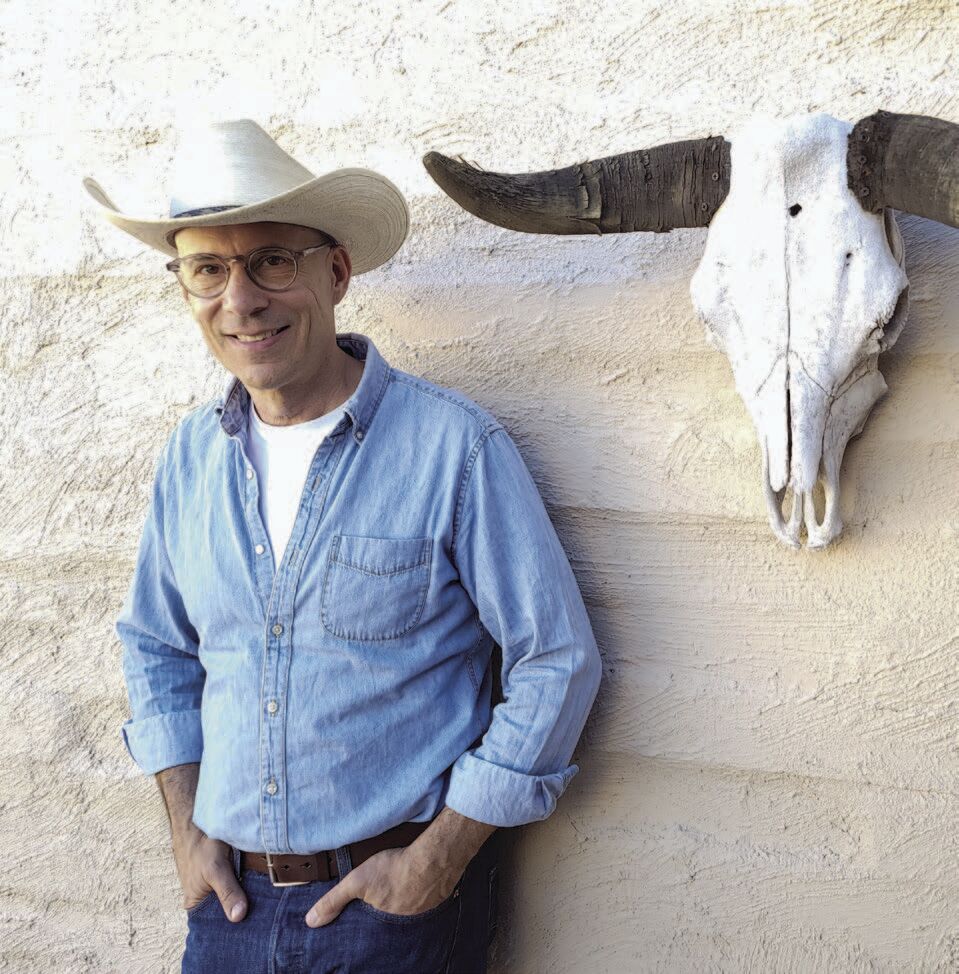 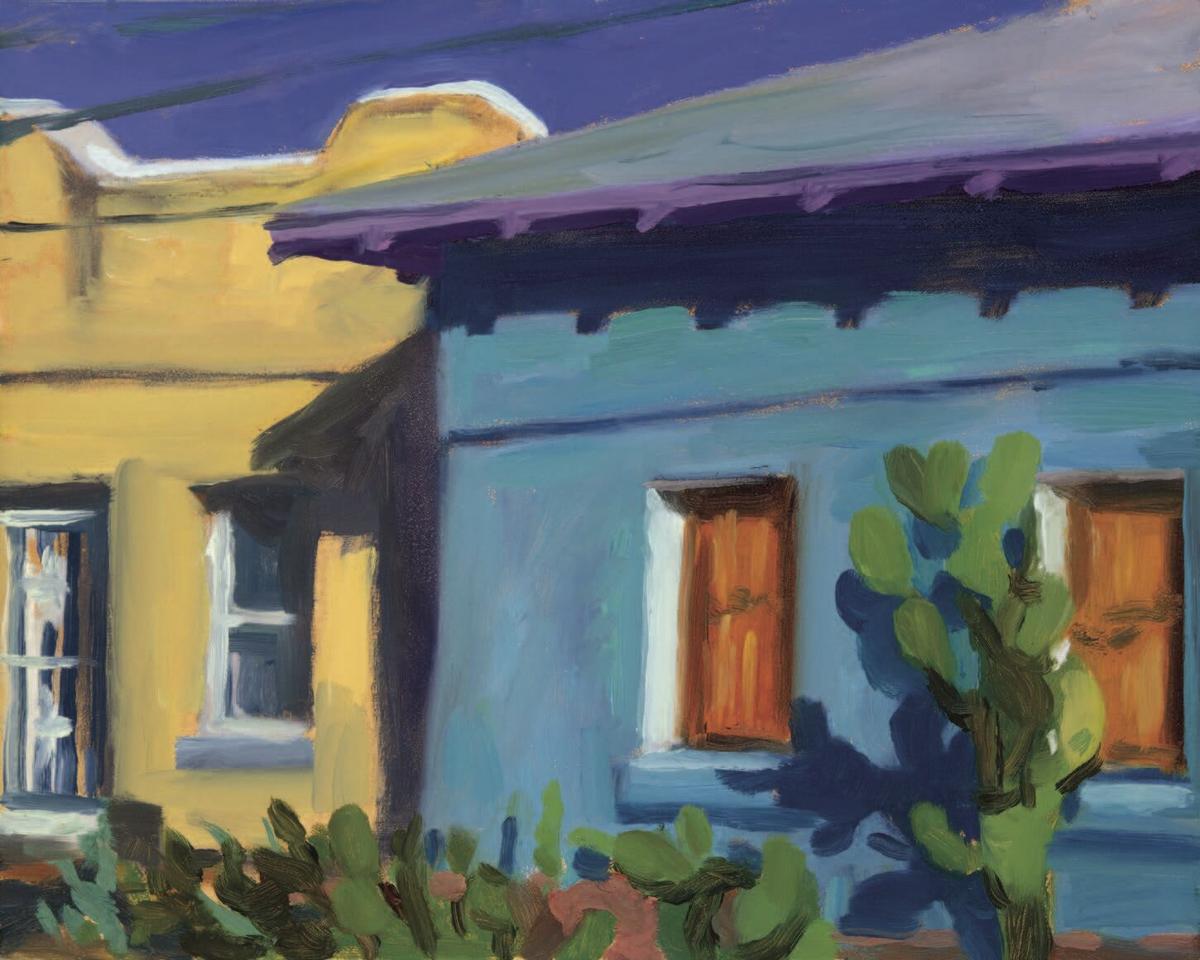 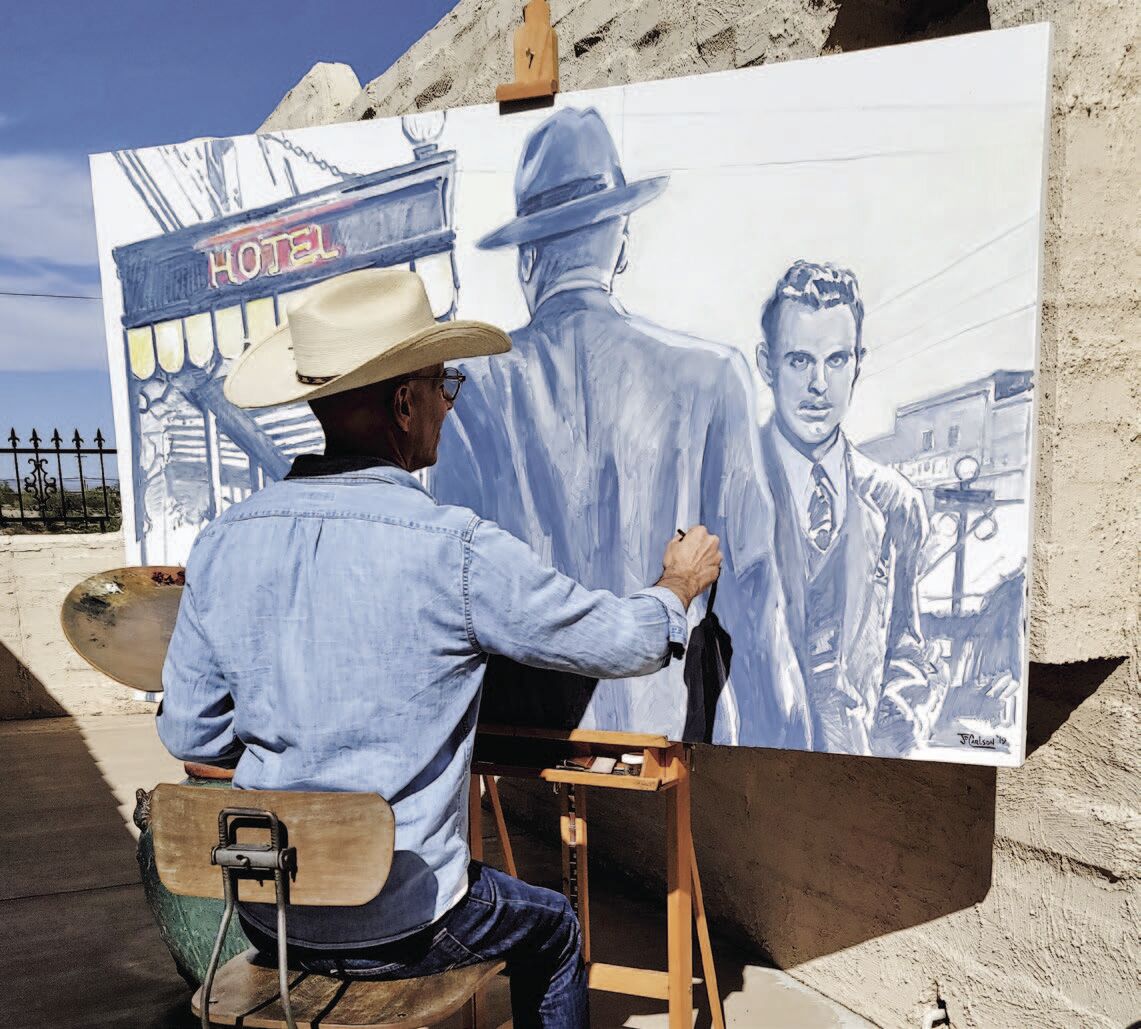 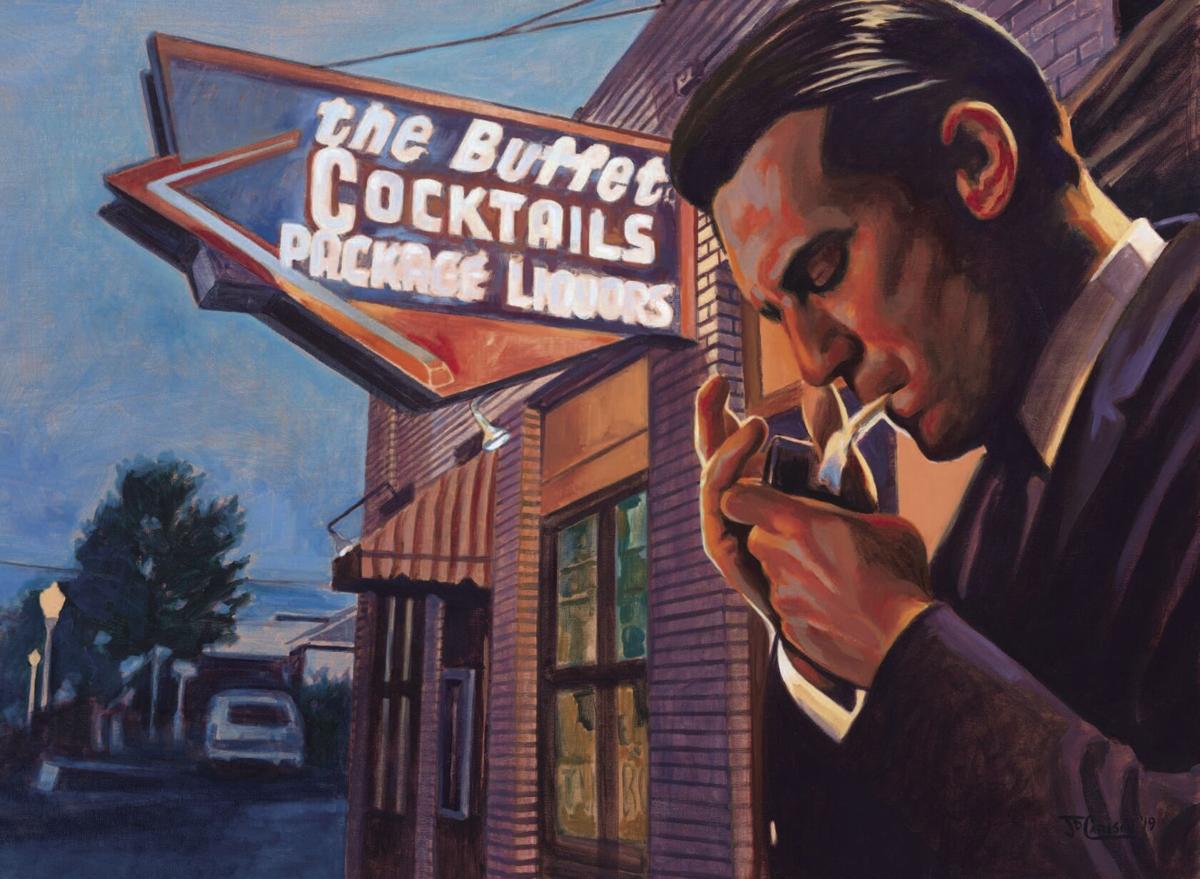 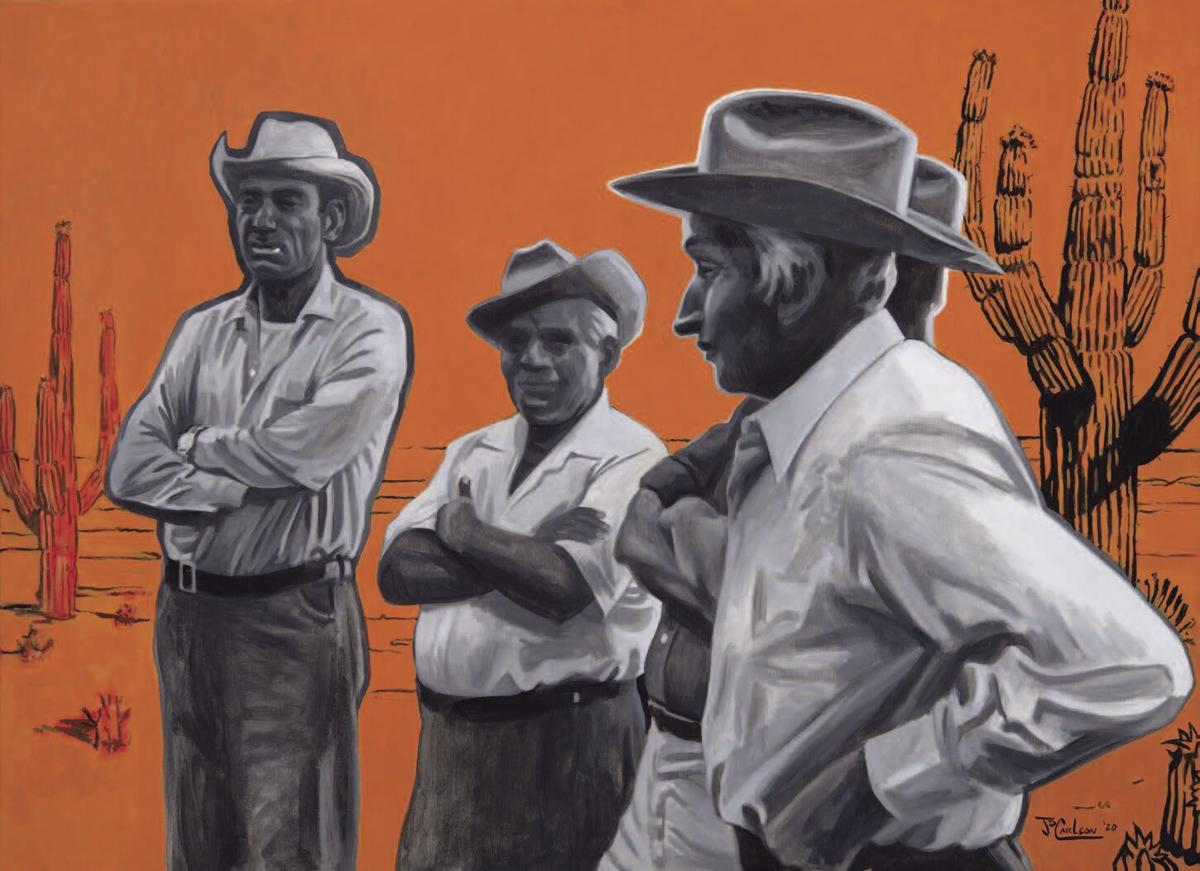 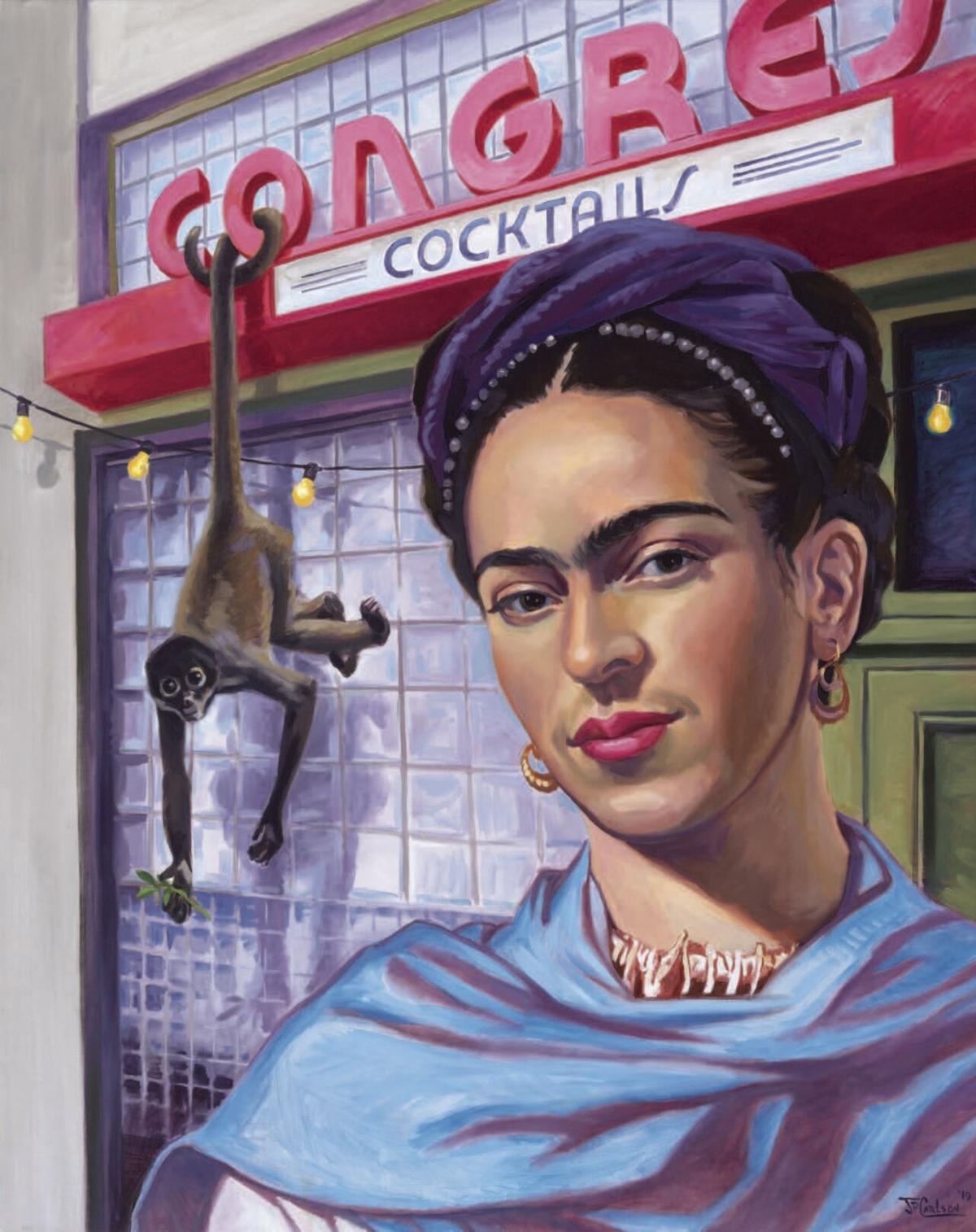 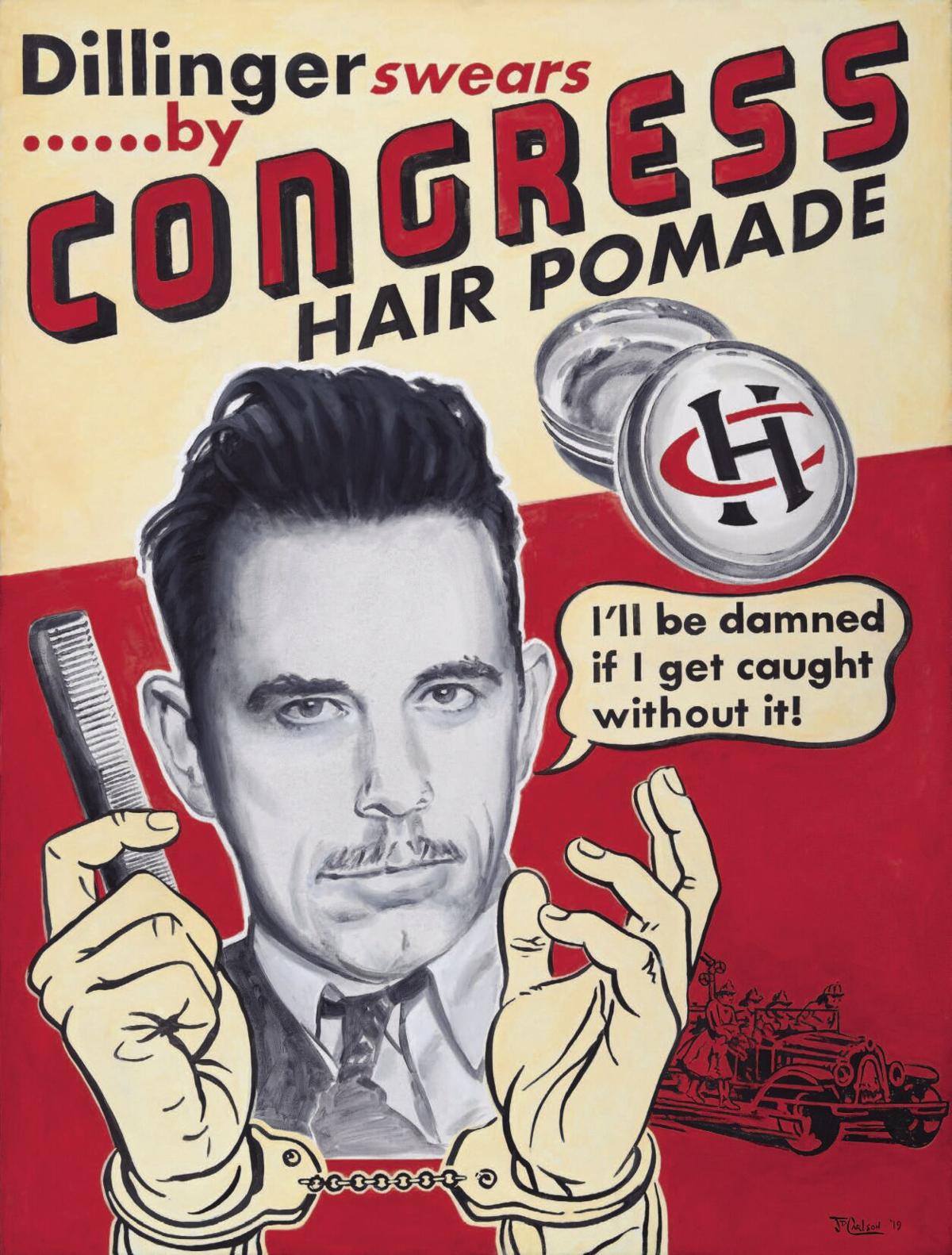 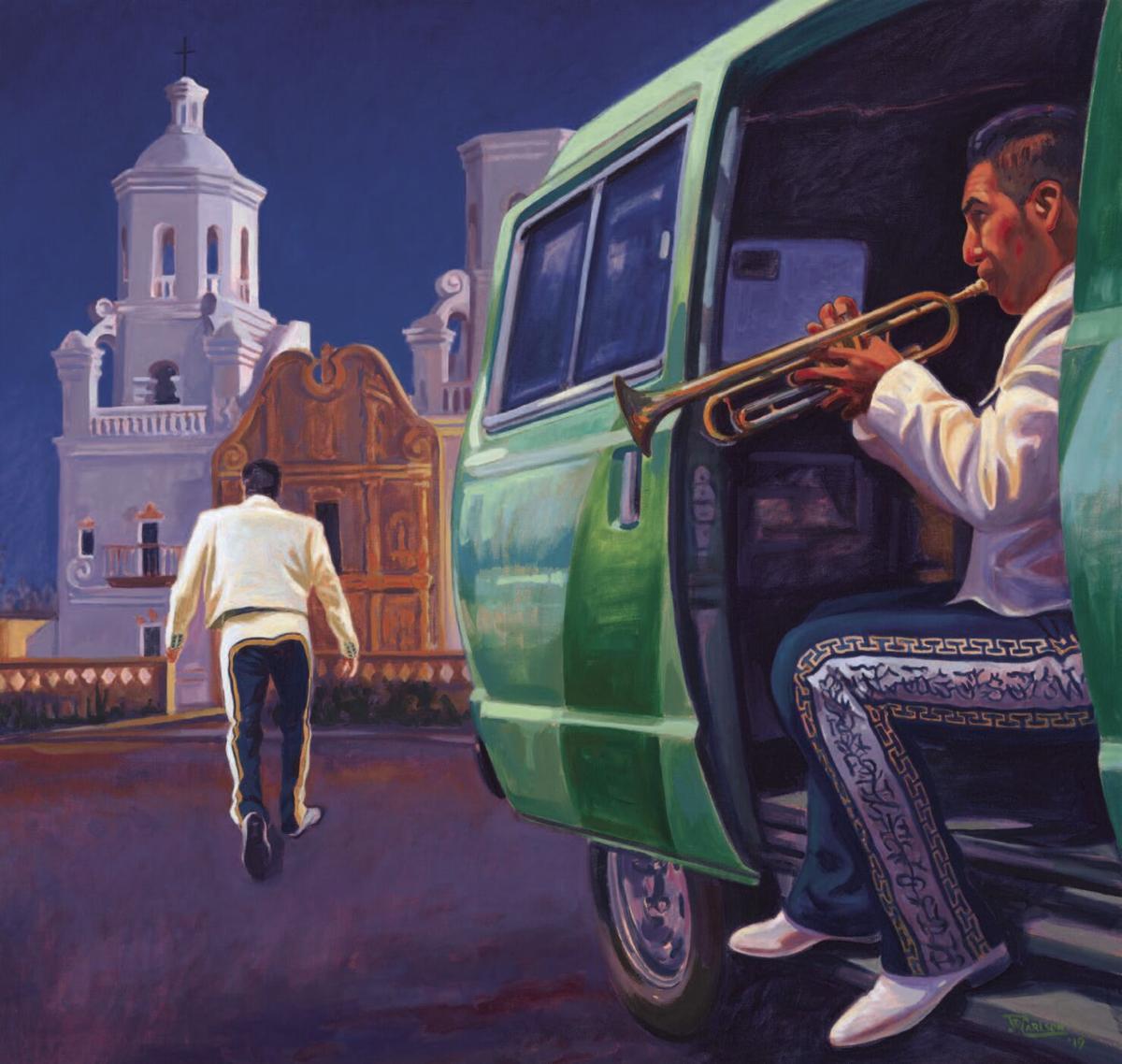 Mariachis with a Mission 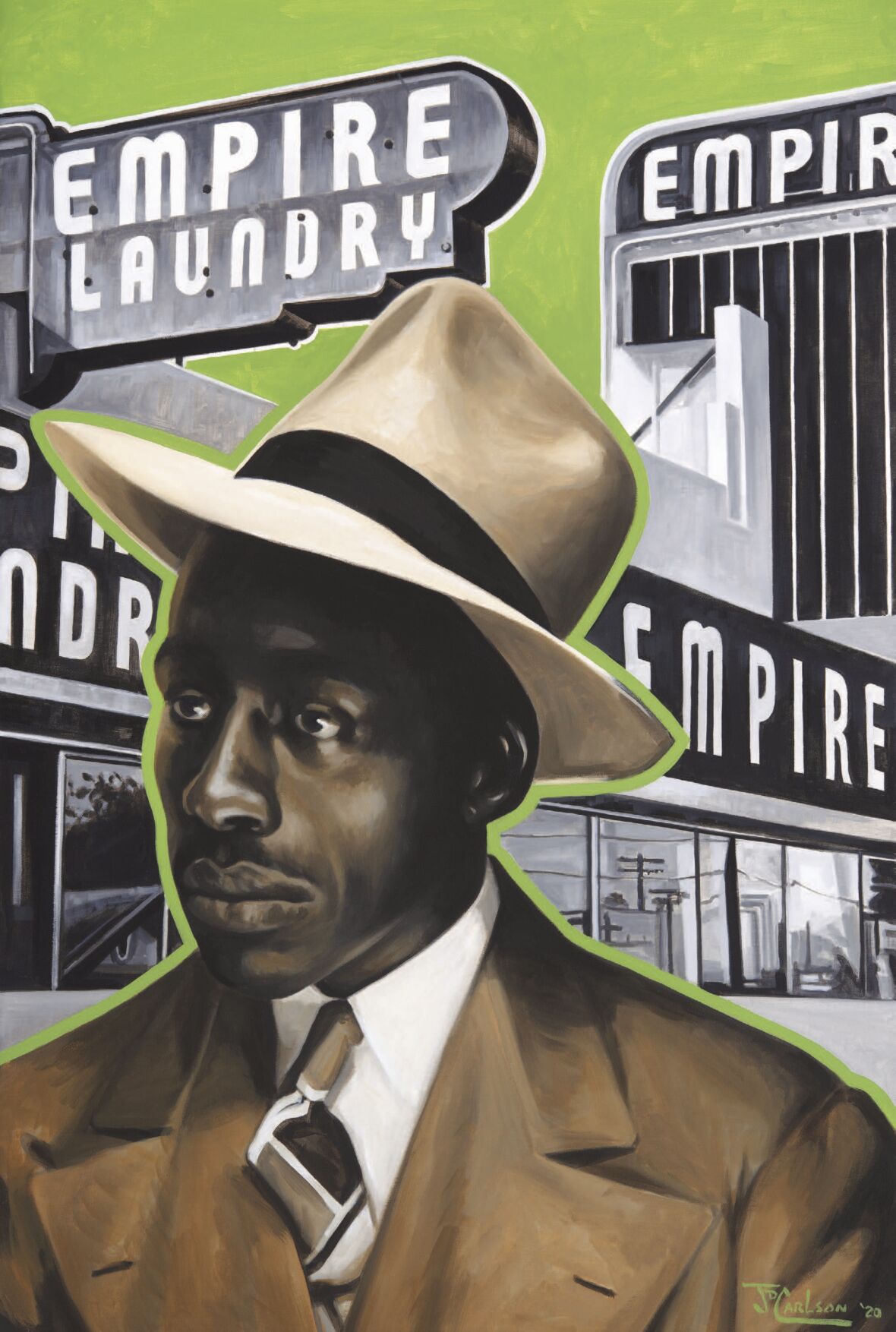 Mariachis with a Mission

“One of the things I’ve been having fun with in painting of late is consciously creating a sense of ambiguity, and leaving things open for interpretation. Not only the interpretation of the viewer, but my own,” says artist and freelance illustrator Jonathan Carlson. Interpretation reveals his work as a kenspeckle, that is, likely to attract immediate attention. Carlson’s jazz and vintage Americana aesthetic lends well to his work; his muses often are revealed from a combination of culture, vintage photos and the very essence of Tucson’s architecture and history. So, it’s really no surprise once Carlson began spending winters in Tucson in 2012 that he fell in love with the city. “I spent my first night in Tucson in the Hotel Congress. Walking into the lobby felt like I was meeting an old friend,” he says. Once attuned, as an artist like Carlson surely is, it’s easy to recognize the welcoming vibes of support, friendship, and community within the Old Pueblo. Pieces such as Don Draper’s Tucson Pit Stop 2019 Oil on Canvas 28 x 38 inches and I’ll Be Damned 2019 Oil on Canvas 58 x 44 inches reflect an approachably fantastic appeal — the very heart of the desert. Draper captures the quintessential anti-hero’s quest for cool, for seeing and being seen, while Damned paints an eye-popping fictional narrative of Dillinger’s relationship to a beloved Tucson landmark, while also injecting the humor of a faux hair care advertisement.

Much of this universal appeal may be due in part to his other career: he’s worked as an illustrator for the past 30 years. “I have to create images that are ultimately in the service of a particular purpose. For me, this can sometimes feel like the process of creation becomes a forced march toward a conclusion that has been pre-conceived at the outset. Painting doesn’t come with those built-in limitations, and I am free to set the agenda,” he explains. As free within the confines of a pandemic as one socially conscious can be, of course. Carlson is aware of the limitless unknowns and is amenable to having open-air showings of his work by appointment. Art always has been essential and may be even more critical now; additionally, while remaining safe, one must balance creation for one’s own innovative goals and one’s fiscal needs. Carlson welcomes devising those plans.

“Perhaps the thing I value most about setting that agenda, is that once a painting is under way, I can fully submit to the push and pull, whereby I may initiate something, but the painting starts to tell me in return what it needs, in a conversation which doesn’t involve any art directors or editors, and which is more a process of discovery. What remains a constant though, is that I believe the creation of art in all realms is largely a reductive process,” Carlson adds. There is truth in Carlson’s words and beauty in the guidelines he has set for himself — and certainly this can be seen within his piece El final de un largo dia (The end of a long day) 2020 Oil on Canvas 32 x 44 inches.

“The creator makes an ever-evolving set of rules for him or herself to work within. Usually the work itself leads from the clarity of an initial impulse, through a process of trying to harness that impulse by means that involve too much multiplicity, and finally, if one can remain clear headed, it will become evident what things can ultimately be discarded in order to arrive back somewhere close to that initial impulse. [For El final de un largo dia] I loved the vintage photo I found and used as a point of departure. I’ve been wanting to combine different kinds of reality, as here, where I placed figures from a black-and-white photo within an imagined, cartoon desert setting,” he notes. This overlapping series of realities gives the work its striking, definitive quality and beckons the viewer to step inside to become enwombed in its surreal landscape or perhaps even, for just a moment, escape an antagonistic reality. Whatever the chosen reality, Carlson’s work impacts a variety of audiences. Since graduating from the Maryland Institute, College of Arts, his work has appeared in numerous publications, including but not limited to The Wall Street Journal, Time, Rolling Stone, and GQ. His advertisement campaigns run a marathon of large firms like Eli Lily and Mini-Cooper, while Nike chose Carlson to illustrate billboard-sized posters for the 1998 Paris World Cup. Currently, Carlson’s attention is focused on tiny worlds and mysteries within Tucson, and he feels he has only scratched the surface of the city’s intricate network of possibilities. He loves hearing from others, as well, understanding intimately the exchange of ideas between himself and the viewer as part of the artistic process: so if you do have a piece of Tucson history you would love to see captured in Carlson’s distinctive style, he would be delighted to hear from you.

To contact Carlson, or learn more about his art, visit: Jonathancarlsonart.com.