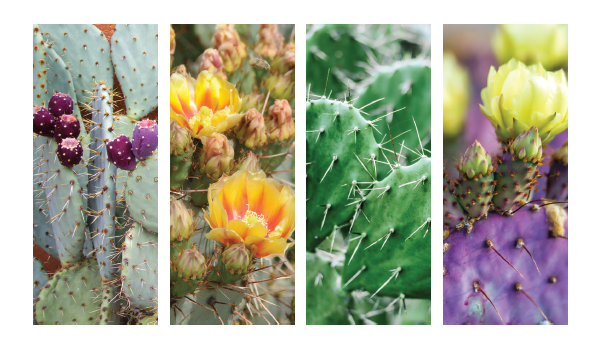 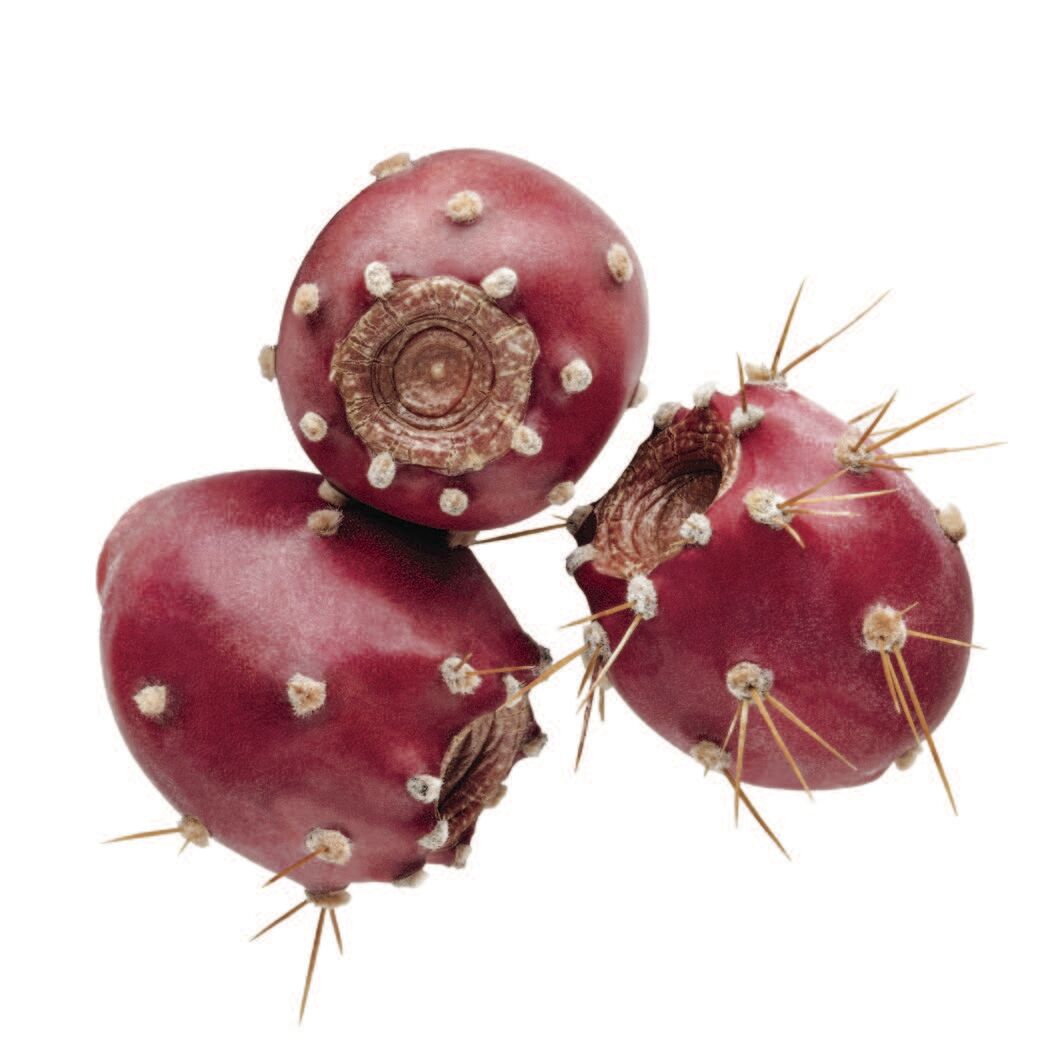 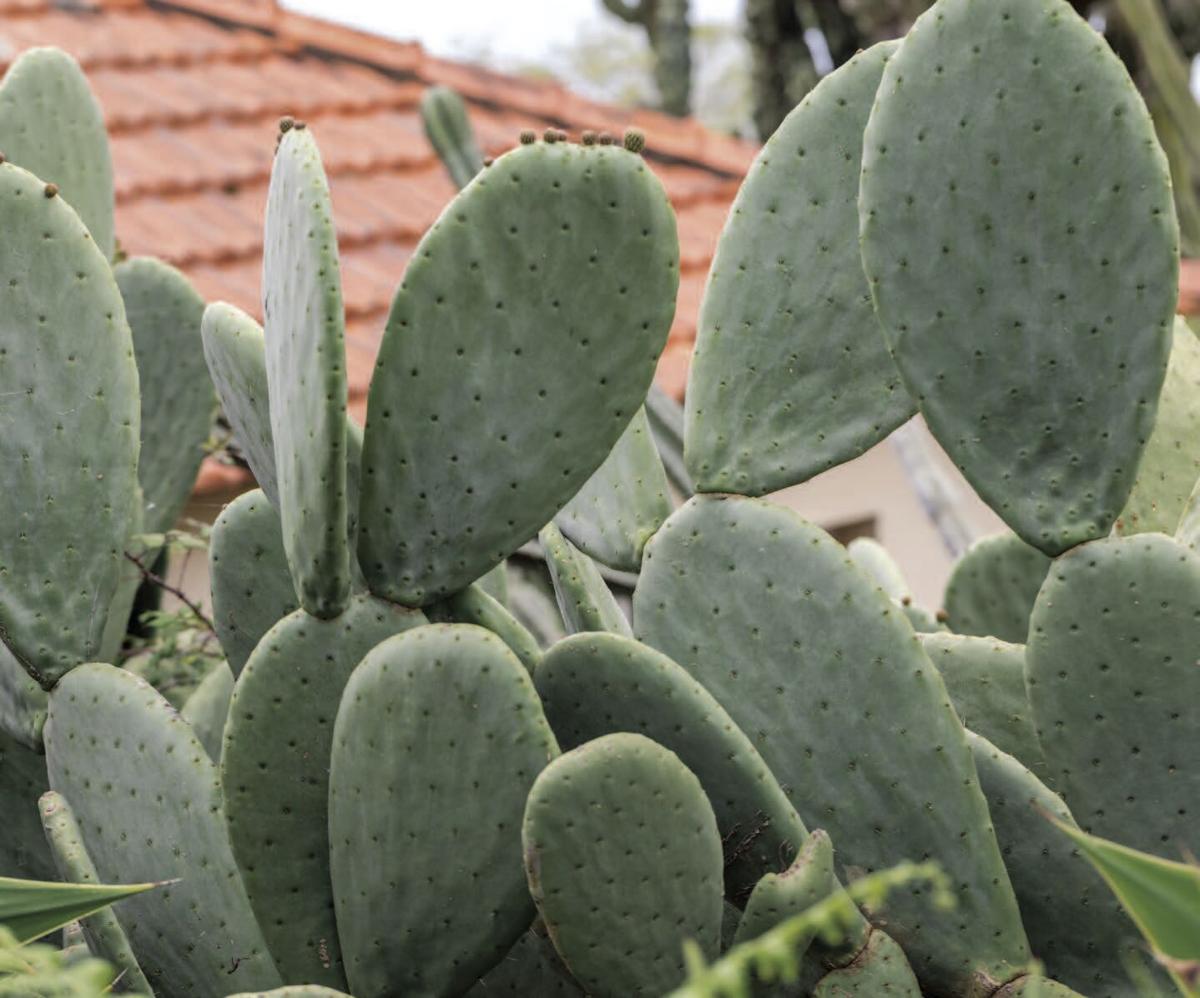 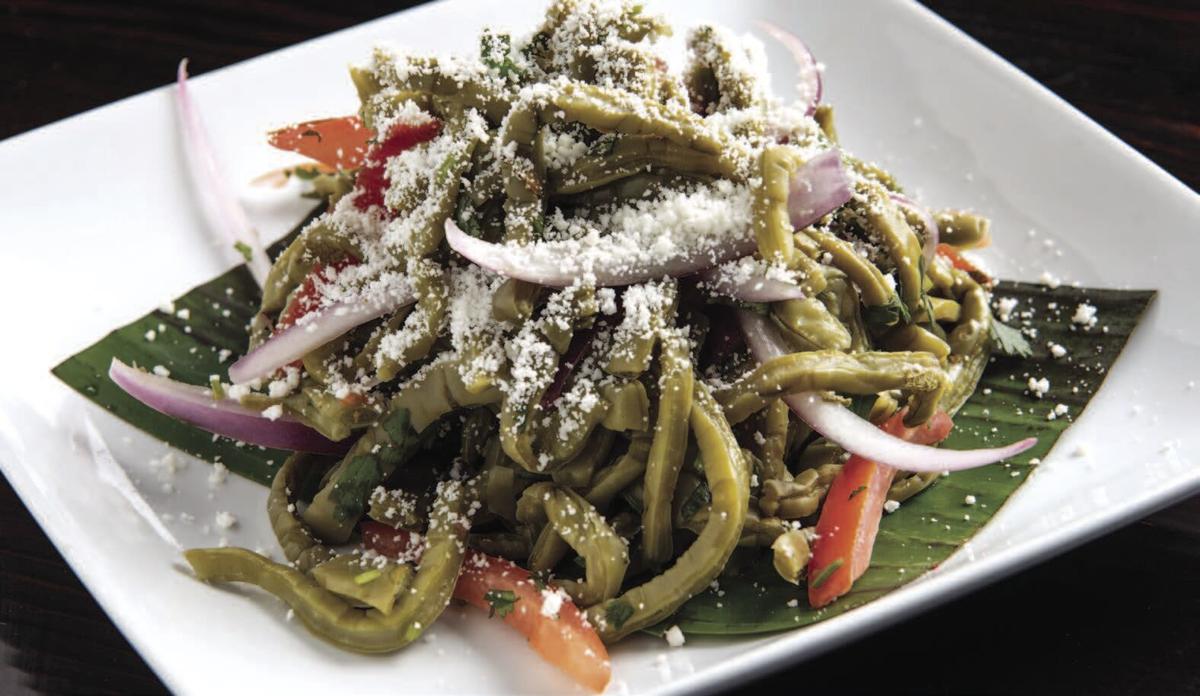 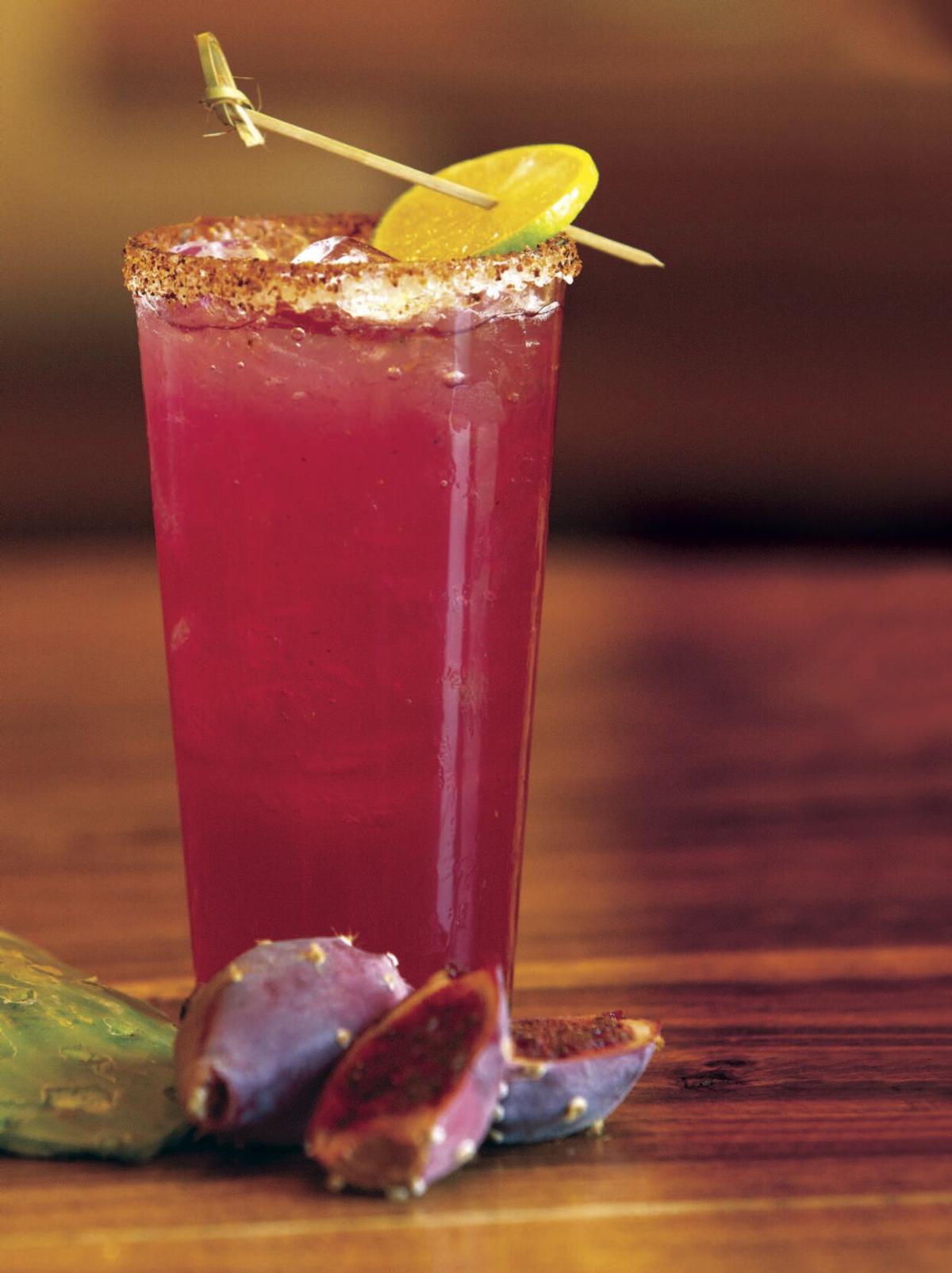 Prickly pear cactus are not only commonly found in and around Tucson, they have numerous uses … even as food!

What plant provides a drought-tolerant, burglar-resistant fence, food, medicine and even red dye? None other than the ubiquitous prickly pear cactus!

Prickly Pear (Opuntia) are some of the most hardy and widely adapted cacti of them all.

There are about 18 species in the Sonoran Desert region, some of which form hybrids. They are diverse in their form — from low-growing ground covers to sculptural shrubs to tree-sized specimens. Engelmann prickly pear is the most commonly seen variety around Tucson.

In spring, prickly pear cacti bloom in shades of yellow, pink, red or purple. The flower stems actually are the flat paddles. In late summer and early fall, bright oval fruits called “tunas” or “pears” grow from the tips of pads. As a true cactus, they bear spines over their surface and clusters of short, fine bristles (glochids), which are a skin irritant and difficult to remove if you get them in your flesh.

The plant is best known for its edible parts: the “pad” is used as a vegetable, and the “pear” as a fruit. Not all fruits are red — they also come in green, yellow, purple and orange.

This fruit has been an important food source in our area for both wildlife and humans. The juicy pulp contains vitamin C and carbohydrates, along with more than 2,000 seeds. As the fruit ripens, it splits and falls to the ground, offering a feast for desert tortoises, javelinas, coyotes and native birds.

The Opuntia cactus genus contains about 250 species; the most common species used in cooking is Opuntia ficus-indica, also referred to as Indian fig cactus.

The tender green young pads (called “nopales” in Spanish) should be harvested in the spring before their spines develop. Heavy protective gloves should be worn when handling. The spines should be scraped off with a knife and then the pads should be washed. Be sure the thin skin has been removed as well. The pads can be grilled, sautéed or boiled, then chopped or sliced and added to many dishes. The flavor is similar to green beans with a texture like okra. They can be served pickled, fresh or cooked in omelets, soups or salads.

*Cover pads in water, bring to a boil, and simmer for 15-20 minutes until tender or until all of the cactus pieces have changed from a bright green to an olive green color and are tender. The nopales will let loose quite a bit of viscous liquid, similar to the way okra does when it is cooked. Once cooked, strain the nopales and rinse under running water until most of the slippery substance has washed away.

How Sweet It Is!

The tunas are the sweet treat of the prickly pear cactus, and are available from fall to spring in commercial markets. Harvest the ripe fruit in early fall. Wear gloves and twist off the fruit with tongs. Pass the fruit over an open flame or rub it against a heavy cloth to help remove the tiny glochids (spines).

To prepare the fruit, either plunge into boiling water for 10-20 seconds and peel with a sharp knife, or freeze. The defrosted fruit’s skin will come off easily. Ten whole prickly pear fruit will yield about one cup. The fruit can be used to make jam, jelly, syrup and candy. Its flavor is similar to kiwi, but not as acidic.

*Tip: If you get glochids in your fingers, use duct tape to remove them, or apply white glue (such as Elmer’s) and peel off when hardened.