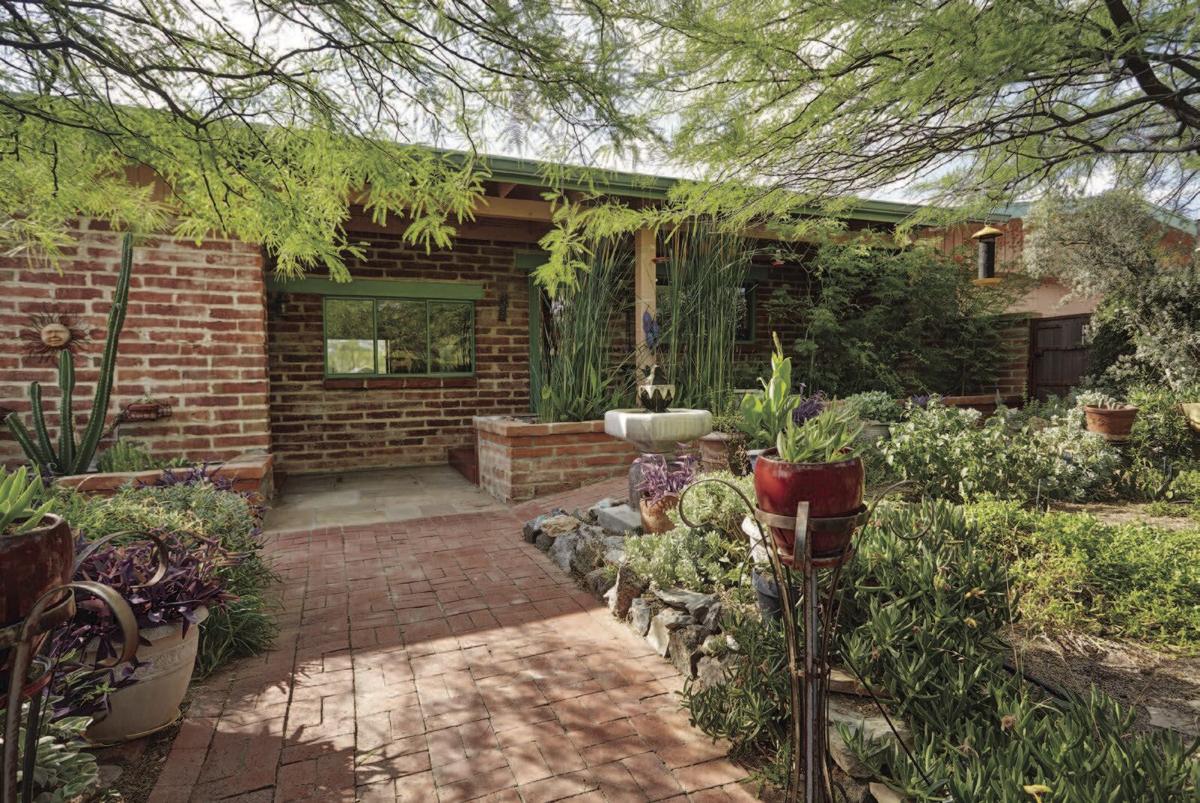 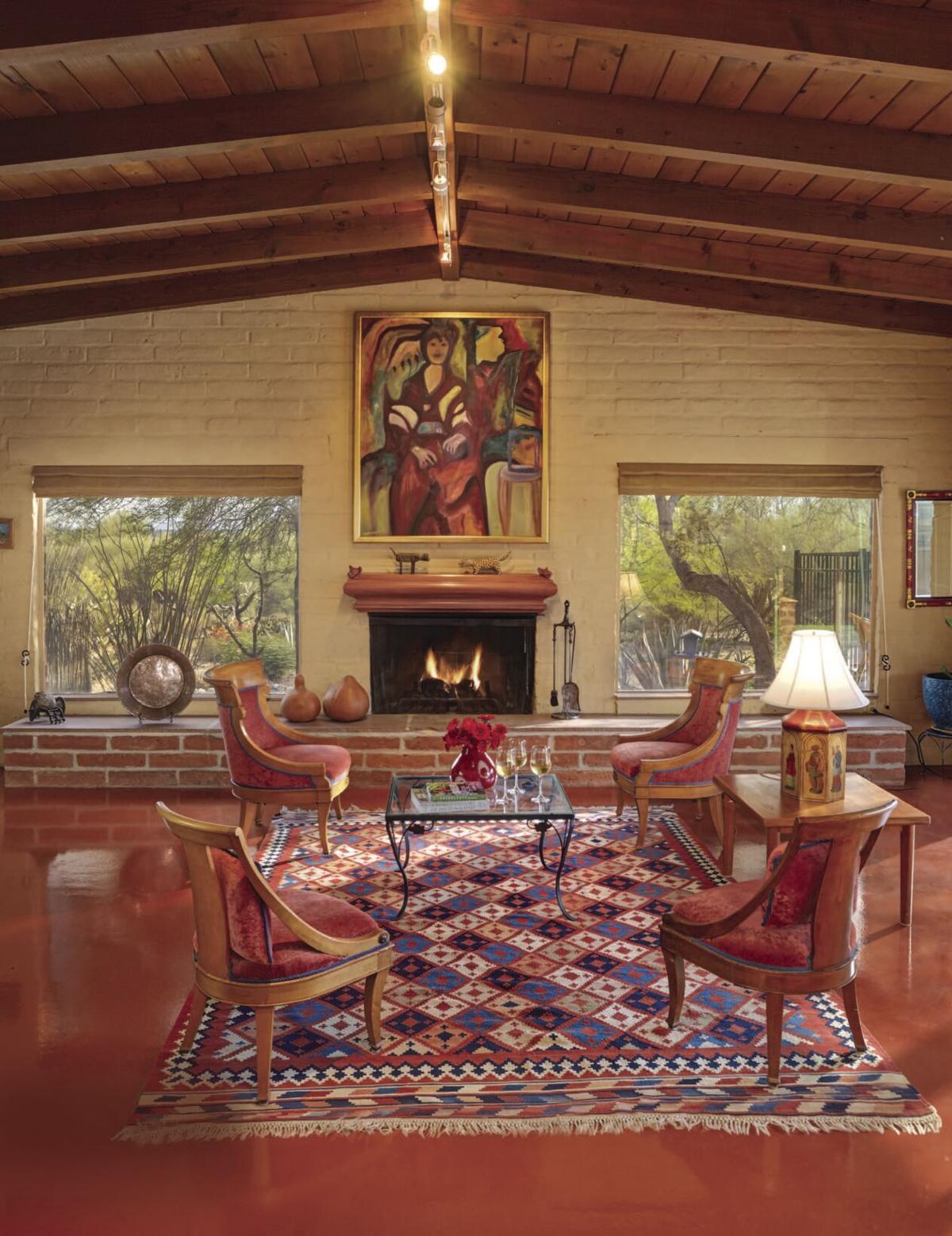 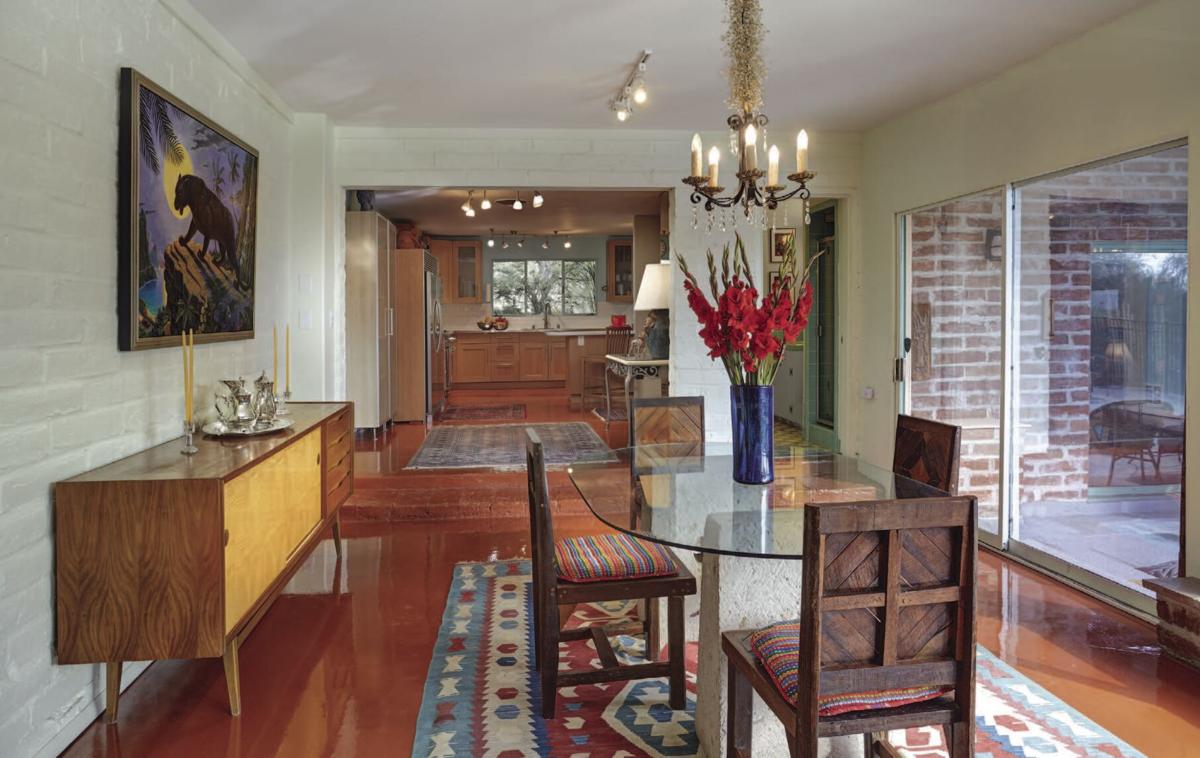 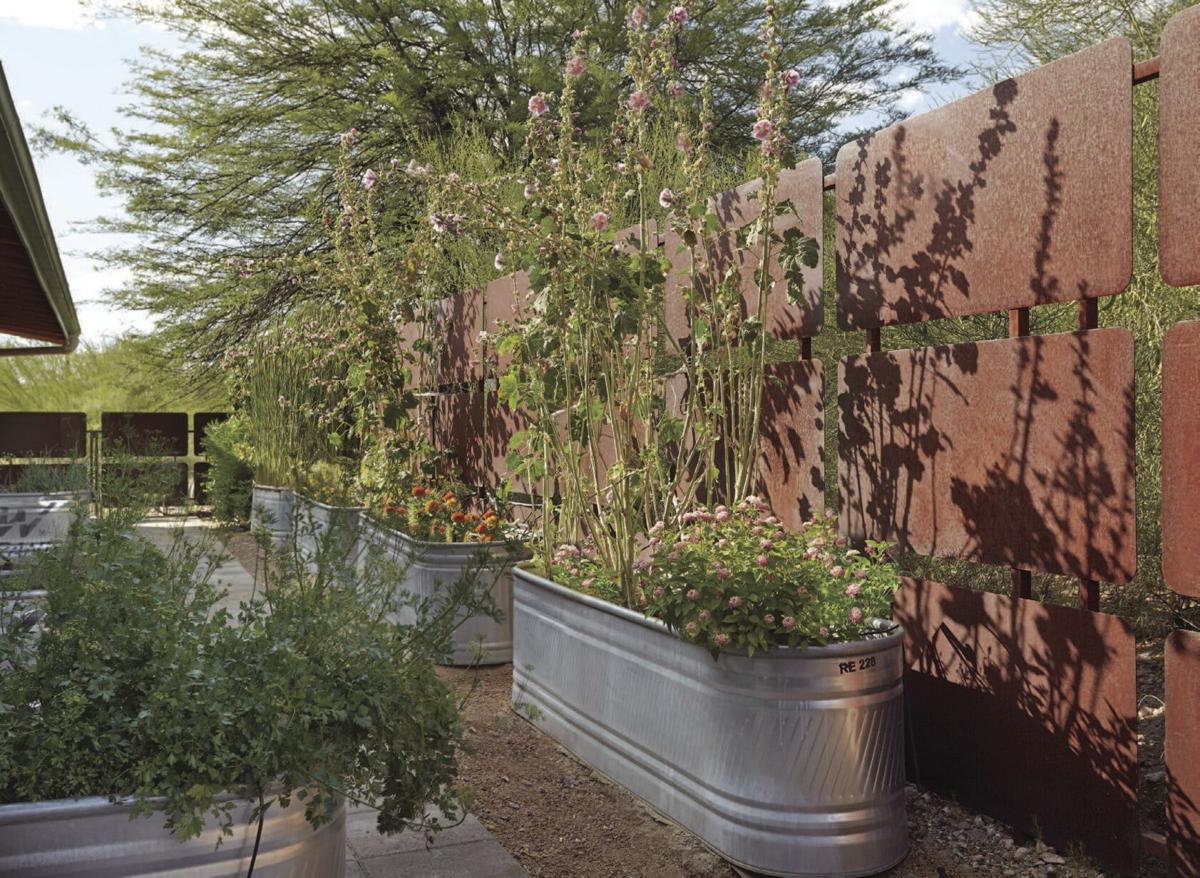 One foothills couple saw what their 1950s home could be, and transformed it — from the Arizona room to the pool area.

In post-WWII residential architecture, the “Arizona room,” similar to rooms found in Florida and other parts of the country with hot summers, usually was a separate space. It was attached to, but distinct from, the main house. It had screened walls and no temperature control, making it a place to enjoy the natural coolness of the morning and evening.

The structure also acted as a buffer between the heat of the day and the house. “It acted as an ‘eyebrow’ to keep sun off an exterior wall,” says Christopher Domin, an architect by trade and associate professor with the University of Arizona College of Architecture, Planning and Landscape Architecture.

Tatiana and Tom Hladky went a step further for their 1958 Catalina Foothills home, which they bought in 1988. They eliminated barriers between their Arizona room and the rest of the house, making it part of an open living space.

“We took out the sliding glass door between the old dining room and the Arizona room to create a flowing floor plan,” says Tatiana. That allowed the couple to turn their former outdoor-like space into a great room with a small walled-off office, both well-lit with large windows where screened walls used to be.

Eliminating that barrier to the front part of the house created a natural progression from the front entry in the formal living room through to the great room. The large bank of windows along one wall provides a view of the backyard gardens and pool.

A large casement window in the former exterior wall connected the original Arizona room to the hall that accesses the bedrooms. The couple removed it and created a second entry into the great room.

The conversion is one of several changes that the Hladkys made when they moved from the Bay Area and bought the 2,818-square-foot home on 4.75 acres. In their search for a place 32 years ago, the house checked a lot of boxes for the couple, who raised two daughters there: “the openness, the land, the views, the pool, the many bathrooms and the potential,” says Tatiana. “We thought this house was pretty perfect.”

There were some things they didn’t like, such as the way the front entry was just five feet from the circular driveway. Changing that was their first undertaking.

“Our favorite project was installing a front courtyard using matching burnt adobe brick, planting two mesquite trees and filling the area in with succulents and potted plants,” says Tatiana. The courtyard, walled in by a six-foot adobe wall, provides an intimate, inviting entry that cooled the area several degrees in the process.

Their five stock tank water gardens — one a fish pond — in the courtyard and elsewhere have been featured in several home tours.

Blending the charms of an old house with modern comfort and sensibility isn’t new to the Hladkys. In the 10 years before they moved to Tucson, they lived in and restored an 1886 Victorian in Marin County, California. They did much of the work there, just as they have in the Tucson house.

In the current home, they preserved what Tatiana calls the “colorful and fun” sea-foam green tiles in one of the bathrooms, and the black, white and gray tile in the Jack and Jill bathroom. They opted to replace the pink tile in the master bath with black and white. The deco-style cabinets remain intact in the two smaller bathrooms, while the upgraded master bath has frosted-door cabinets and marble counters.

In another big job, they took out the green wall-to-wall shag carpeting and removed the linoleum and adhesive that they found underneath throughout the whole house.

They then installed complementary floor tile in the bathrooms. For the rest of the house, they ultimately chose to transform the concrete with Southwestern red-colored epoxy garage paint finished with a clear two-part garage epoxy.

“It is so shiny, people are afraid to walk on it,” says Tatiana. “However, it is so durable, you can drive a car on it.”

The kitchen also got an update. Its stainless steel countertop and appliances are set against cabinets of blond wood and frosted glass.

The brick fireplace in the living room remains, as does the 12-foot-high wood-beam ceiling. The white-washed adobe brick that used to be the exterior wall to the Arizona room is an accent wall.

Outside upgrades also have continued. The couple installed a sitting patio along the exterior wall of the bedrooms and filled stock tanks with seasonal flowers. They took out the casement windows that originally were in each of the three bedrooms and cut into the adobe exterior wall to install French doors. That gives each room direct access to the intimate patio space.

The original pool is very close to the house and was cut off from the rest of the backyard by a fence. The Hladkys removed that fence, extended concrete decking from 300 to 1,200 square feet, and installed a swim spa.

Beyond a new fence surrounding the pool area, the couple built 500 square feet of raised beds using concrete blocks and metal poles for hanging shade cloth. It’s where they grow fall and winter vegetables. As sustainable gardeners, they also have composting and rainwater harvesting systems.

They gave their “perfect” home a personal touch, undeterred by the few things they didn’t like. Tom suggests more people take a look at the potential of a place, not just what they see.

“It’s kind of like not buying a house because you don’t like the paint color!” he says.

Adds Tatiana, “This one had good bones.”