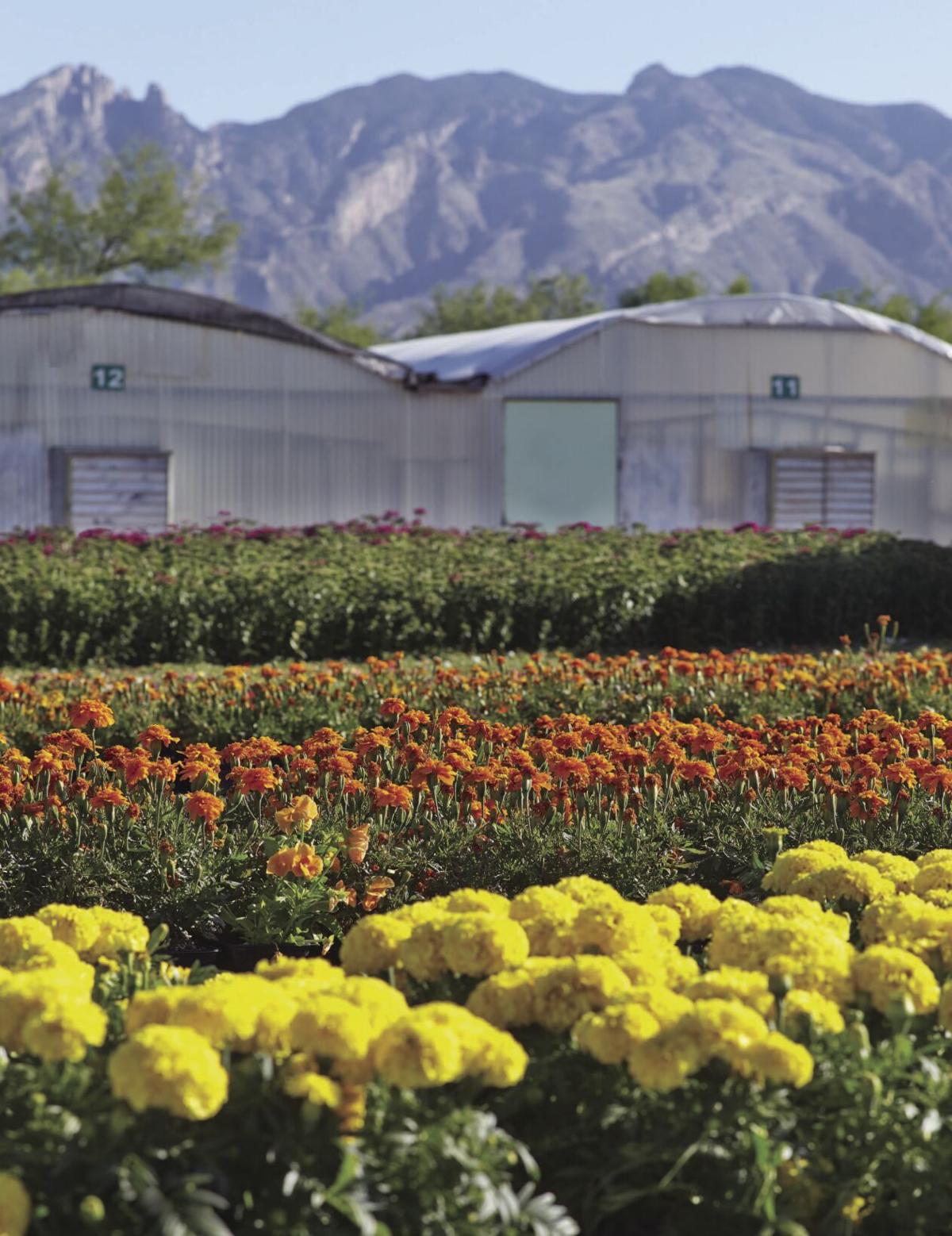 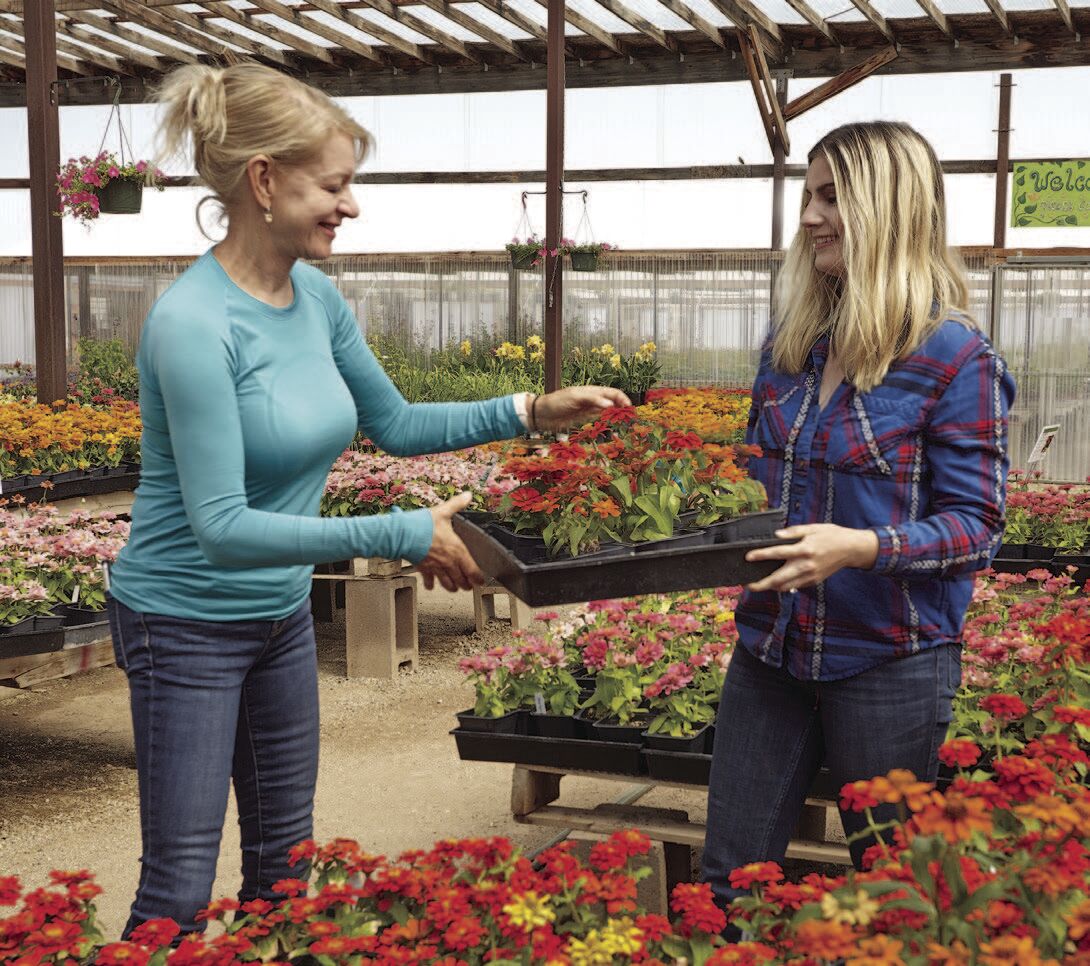 One couple discovered their true passion for plants and built a thriving business.

As a kid, you might have fantasized about running away and joining the circus. As an adult, you’ve probably dreamed about quitting your job and kissing cubicle life goodbye. For most of us, it’s a passing fancy, but for Jan Westenborg it was something she couldn’t shake.

That desire to break free ultimately led Jan and her husband Jack to purchase and renovate Green Things, a sprawling 13-acre nursery located on River Road in the Binghampton Historic District. The Westenborgs are the third owners of the business, which celebrates its 50th anniversary this year.

After a successful — but grueling — career in the software field, Jan was ready for a change. “In that industry, you’re inside all the time, in a cubicle or meeting room. It’s very rigid, very corporate, with politics and travel. I missed my daughter’s first birthday,” she says. “When I come to work now, I don’t have a boss telling me what to do. It’s creative and outdoors and a lot less restrictive.”

The couple originally decided to move back to Tucson in 1999, but the dot-com bust pushed the move back a couple of years. “Jack wanted to be closer to his son, who was attending high school at the time,” Jan notes. Jack’s links to Tucson ran deep, having been stationed at Davis-Monthan Air Force Base as a lieutenant in the 1960s, then becoming the COO of Old Tucson Studios in the 1970s and president of Krueger Manufacturing in the 1980s.

With the country’s economic downturn making it impossible for both Jan and Jack to quit their jobs and relocate, Jack stayed behind in Dallas to continue work at the headquarters of a friend’s distribution company. Jan forged ahead with the move in 2001, with Jack commuting back and forth on weekends.

At first, Jan thought she’d be happy as a stay-at-home mother to her daughter, who was then in the second grade. “I was struggling with not working anymore,” she observes. She considered going back to the office grind, but ultimately decided she didn’t want to return to corporate life. Instead, she dipped her toe in the entrepreneurial pool by starting a landscaping company primarily focused on removing mistletoe from trees (which is parasitic). “I accumulated a lot of power tools!” she says with a laugh.

Concerned about the dangerous nature of Jan’s job, Jack suggested his wife “branch out.” In a stroke of luck, the couple happened to spy an ad in the newspaper for Green Things’ going-out-ofbusiness sale. Jack thought the nursery might be a good fit given Jan’s love of plants and gardening, not to mention her business savvy.

The rest, as they say, is history. The Westenborgs reached out to the owners about acquiring the property. They closed on the deal on July 1, 2004, and that’s when the real work began.

“It was run down,” Jan explains. “Three of the seven greenhouses weren’t functional.”

At that time, the nursery’s main focus was on wholesale sales of houseplants; however, houseplants were rapidly going out of vogue. Green Things’ management had struggled to maintain cash flow. Jan knew she needed to change and expand the product offerings and reestablish Green Things in the minds of Tucsonans.

Over the next several years, the Westenborgs diligently worked to improve the facility as well as expand its plant offerings. “I made a lot of progress by 2008,” she says. By 2011, the year Jack returned to Tucson full-time, Jan says the business finally found its groove. “It got easier in terms of not having to be stressed out all the time.”

“Poinsettias are difficult to grow,” Jan states. “They take a lot of time and effort. That’s why a lot of people have abandoned that.”

She adds that because the plants they sell are grown here, they’re acclimated to the desert, unlike big box stores, which ship plants in from the coast, and they frequently die.

In 2018, the Westenborgs purchased Zocalo, a Mexican imports company, and moved it from its original location to the 13-acre site on River Road.

“The owners had to keep moving due to rent increases, then they just wanted to retire,” Jan explains. “So we bought it and relocated all the inventory.”

Those wares include pottery from around the world, as well as garden art and furnishings, lighting fixtures, doors, cabinets, sinks, and bathtubs. “We’d already been carrying a lot of talavera and we had an interest in Mexican art and history,” Jan says. “I’d studied in Guadalajara so it wasn’t an unrealistic leap to what we were already doing.”

In addition to the many plants and garden products Green Things sells, they also offer classes, as well as garden and landscaping services such as design, irrigation, delivery and even plant rental.

To celebrate the 50th anniversary of the business, the Westenborgs would like to hold an open house for designers and contractors this fall if conditions permit. On the retail side, Jan says they plan some celebratory sales.

Looking back at the past 16 years, the Westenborgs are pleased with the progress they’ve made in growing the business. The couple’s daughter Jill, who graduated from Arizona State University in 2016, now manages Zocalo.

Jan says she’s often asked if owning and operating a nursery was a long-time dream of hers. “It really wasn’t,” she admits. “It’s a situation of finding something you didn’t even know you liked.”