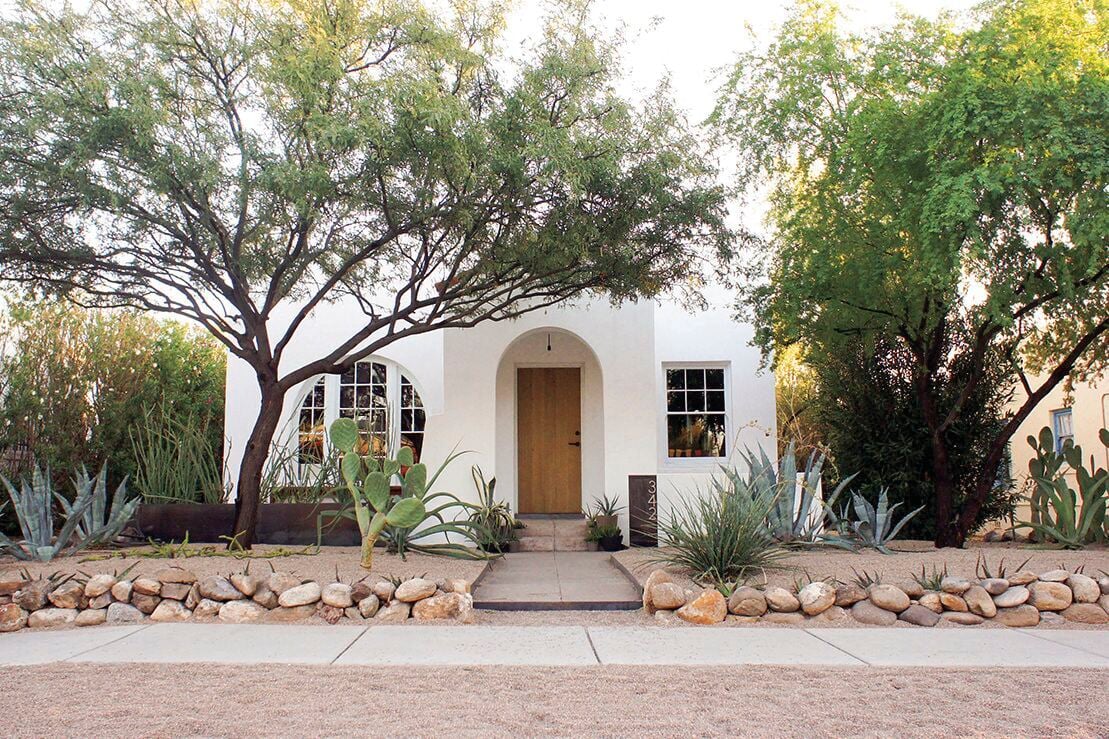 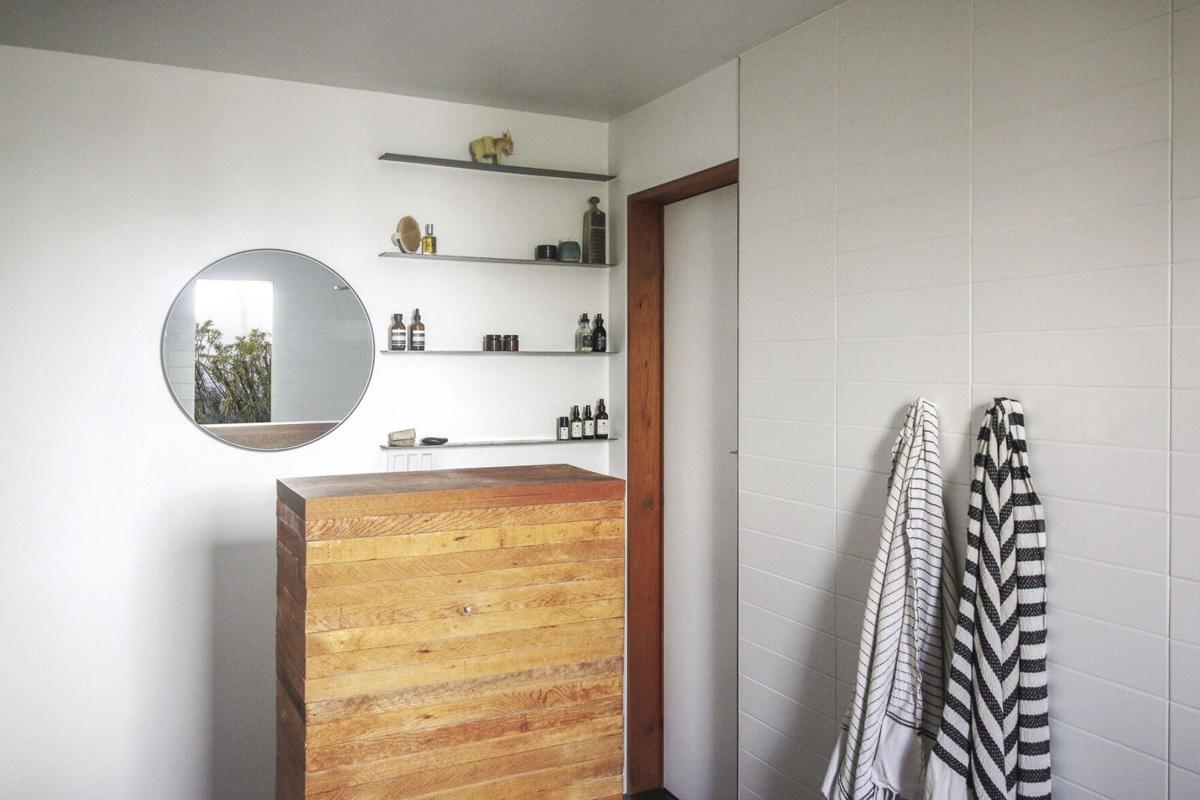 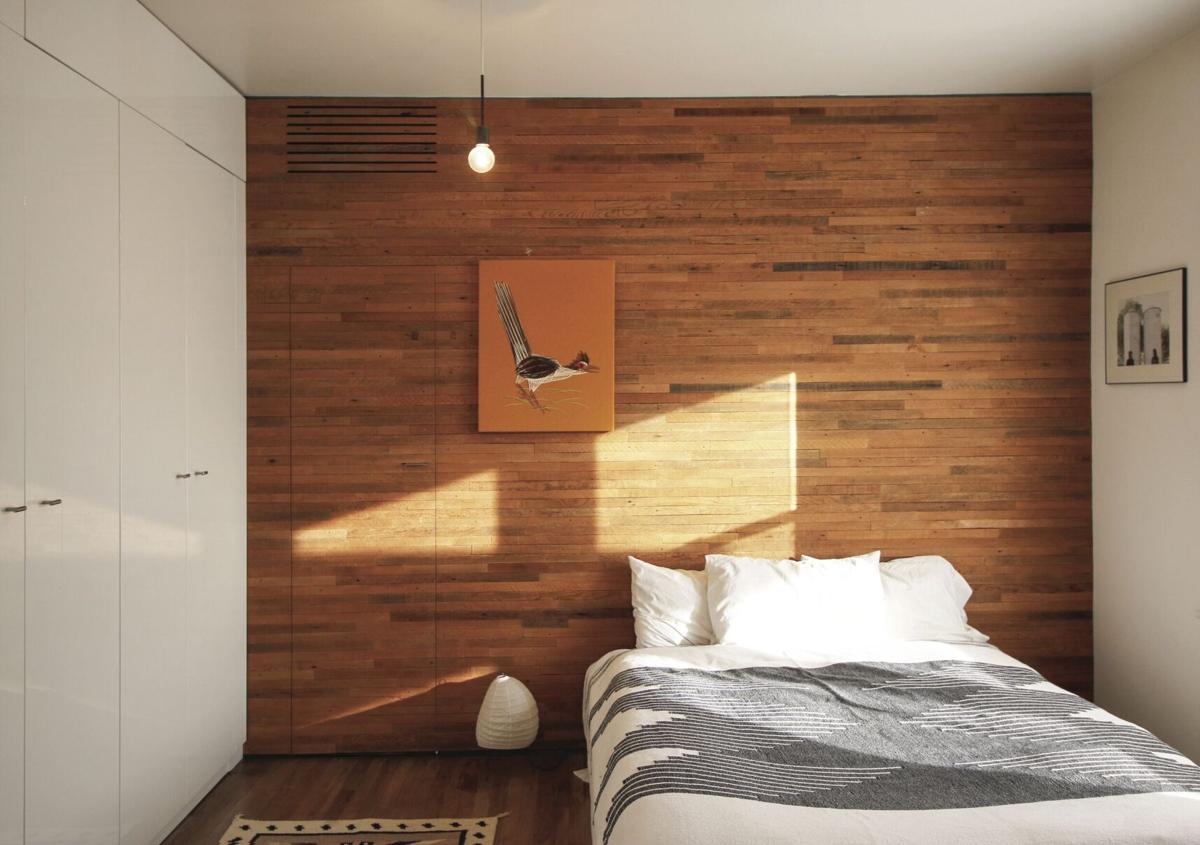 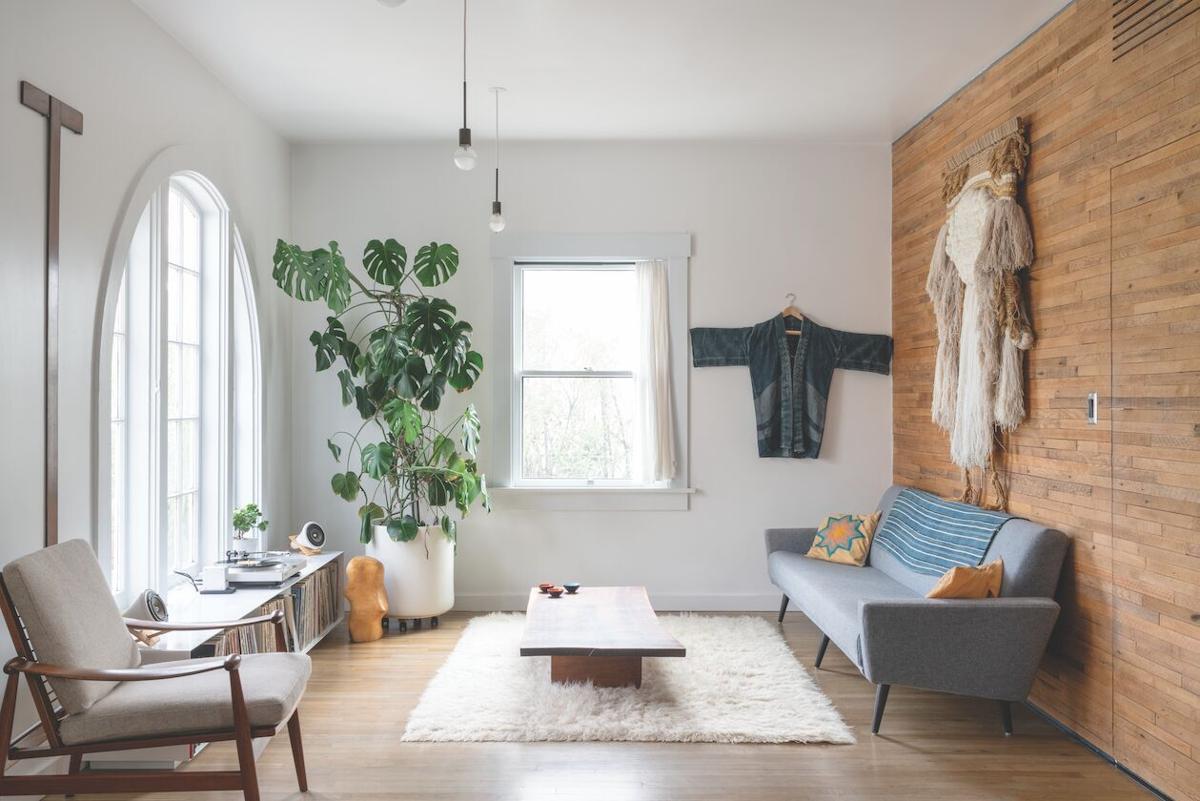 Architects Darci Hazelbaker and Dale Rush of Hazelbaker-Rush bought their 1927 Spanish Revival bungalow in 2008 in part because of its location near the University of Arizona.

“We were drawn to its proximity to downtown and the university, where Darci is a lecturer,” says Rush. “We can walk or ride our bikes to our favorite markets, coffee shops and taco joint.”

It appeared to the couple — married since 2012 — that the 1,027-square-foot, two-bedroom, onebath house hadn’t undergone a major remodel. As their own clients, the couple planned to update it in the modernist style they love to design for others, while still preserving its historical character.

The result of removing one major interior wall, relocating or closing off doorways, eliminating closets and repurposing space, is a layout that’s spacious yet intimate.

“It was challenging in that there were doors or windows on every wall,” Hazelbaker explains. “There was no wall space to put a bed!” she says.

The old layout also required people to go through a bedroom to reach the bathroom. The front bedroom had a commanding arched picture window facing the street, causing a privacy issue and relegating a prominent architectural feature to a private space.

The adjacent living room’s windows were much smaller, making it darker. It had to double as a formal dining room, while the large kitchen had room for a dinette.

Since Rush and Hazelbaker only had to consider one other indoor resident — their dog, Oni — they decided to eliminate that front bedroom and turn it into an airy, sunny living room. They call it their “record” room, where LPs and a player, a sofa and coffee table entice guests to gather for entertaining.

By tearing down the wall between the former bedroom and living room, the couple opened the front space to connect the record room with a spacious dining area. It holds a wooden table they made to seat up to six.

Long vertical lines are repeated throughout the home, including custommade steel shelves in the bathroom and kitchen, banks of white IKEA storage units and original wood floors. Long wood slats cover the living room and back bedroom walls that are shared with the bathroom.

The couple saved those slats from the walls they removed. The wood originally was used as lath onto which builders applied plaster. “It felt sacrilegious to throw away a part of the house that had such history and had once been placed on the walls with such care,” Hazelbaker notes. The pair pulled out the nails and sanded them for their new purpose.

That cladding runs across the doors of the bathroom in the living room and bedroom so that you can’t really see the entrances until you push them open. The wood also helps hide air conditioning registers so the line appears unbroken.

Other reminders of a long-lived house remain. The original wood floor retains the markings of a living room heater unit that was attached to the removed wall. Rush calls it “a little scar.”

Adds Hazelbaker, “Sometimes we don’t mind seeing the history of the place. It’s an old house.”

Both architects like to cook, but found the square kitchen layout inefficient. They opted to move an interior wall to reduce the size by a third and reconfigure it into a long galley kitchen.

The new wall anchors a long work counter, above which steel shelves keep frequently used ingredients handy. The cabinets on both long walls are topped with soapstone counters that sport minor scratches that provide that lived-in character.

By eliminating a partition, the kitchen no longer feels separated from the adjacent dining area.

“I think galley kitchens get a bad rap,” says Rush. “This is more open than it was before.”

The wasted third of the kitchen became the bedroom expansion on the other side of the new wall. Storage units that match the kitchen cabinets make up the new closet.

The two old bedroom closets were converted into new entrances into the formerly boxy bathroom, which is now rectangular.

The bathroom houses the most interesting new architectural feature. A striking four-foot-tall, square pedestal sits in the middle of the floor near the doors. Clad in the recovered lath, it hides the plumbing for a sink attached on one side and the tank for a toilet attached on the opposite side.

Its location visually creates two sections. The sink faces a plaster wall that sports a large round mirror and steel shelves that hold toiletries, defining the grooming area.

The walls on the rest of the room are covered in long, white tiles. A wet-room shower with two showerheads commands the side opposite the mirror. Light from an exterior window fills the room unimpeded by shower doors or curtains.

Behind the kitchen and bedroom is an enclosed porch that the couple left relatively untouched. They added some shelving and cabinets, which are surrounded by walls of windows and original Saltillo tile underfoot. It’s the family room, now that they moved the business’studio to the neighboring house that the couple bought in 2017.

Updates throughout the home include replacing the glass in the original sash windows with glazed, insulated glass; hanging small pendant lights in most of the rooms, and painting the walls white to brighten the space Rush and Hazelbaker found it an interesting exercise to be their own client, designer, architect and builder.

The bathroom houses the most interesting new architectural feature. A striking four-foot-tall, square pedestal sits in the middle of the floor near the doors.

“It always is harder to design for yourself,” Rush points out. Choosing among the many options that an architect can devise can become costly and time-consuming. For instance, he admits he tried several configurations in the bathroom before deciding on the pedestal concept.

On the other hand, adds Hazelbaker, “We had to work with realistic guidelines within a budget. It helps us to be sensitive to our clients’ budgets.”

And having a real-life lab allowed the couple to try things out. “You experiment on your own home,” explains Rush, “before you try it on the clients.”