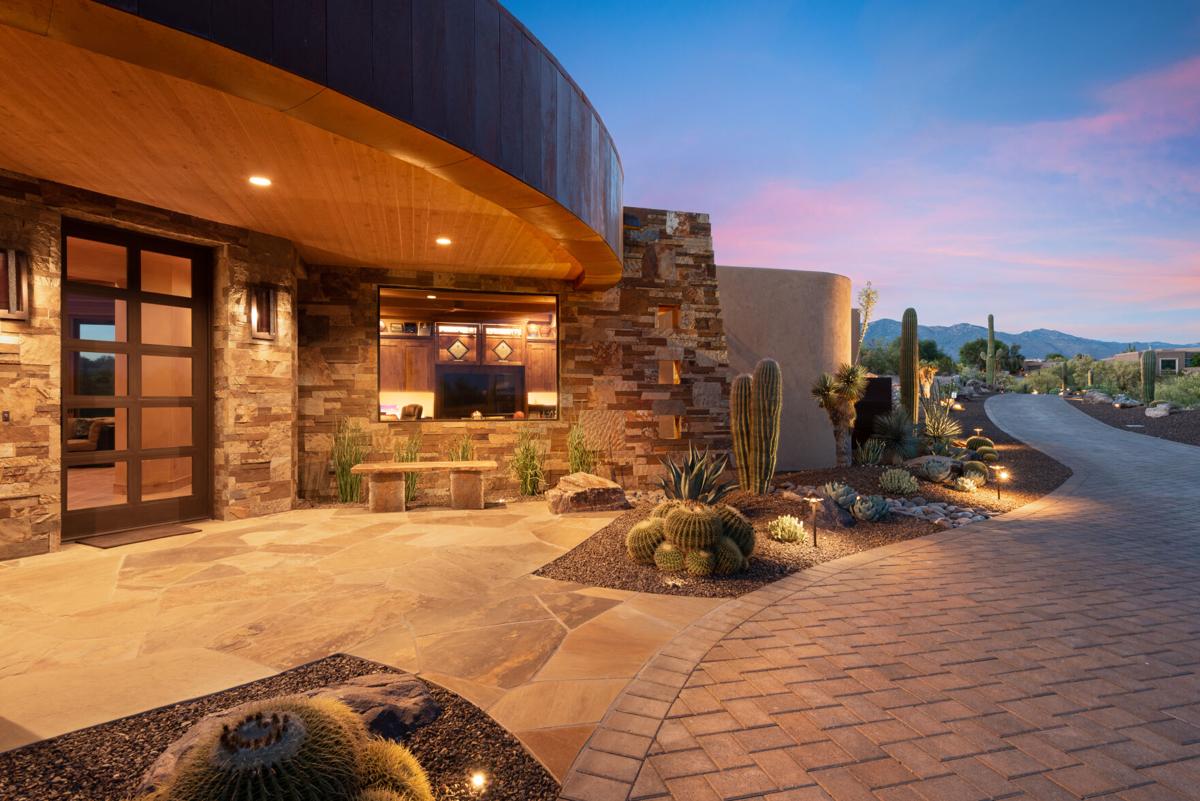 Entrance to the custom home of MLB manager Terry Francona, designed by architect Greg Simmons and built by Vince Smedes. 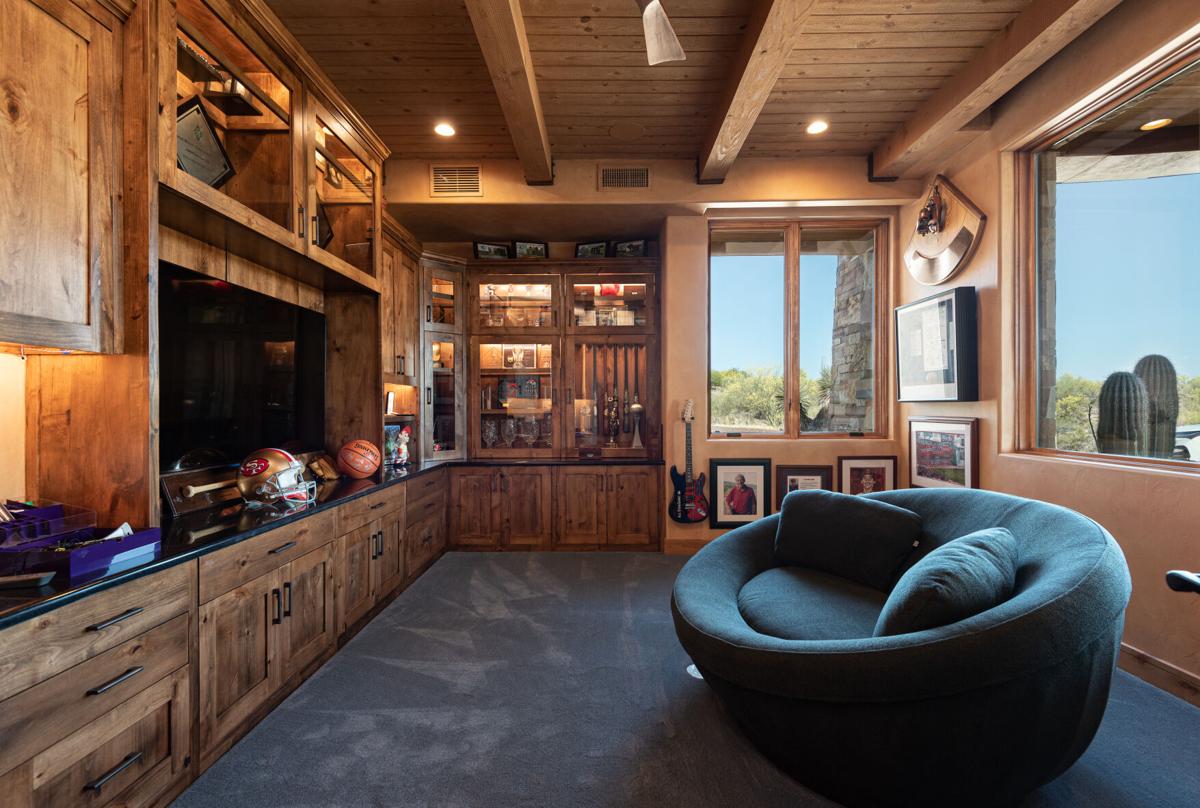 The entertainment room is lined with shelves filled with sports memorabilia. 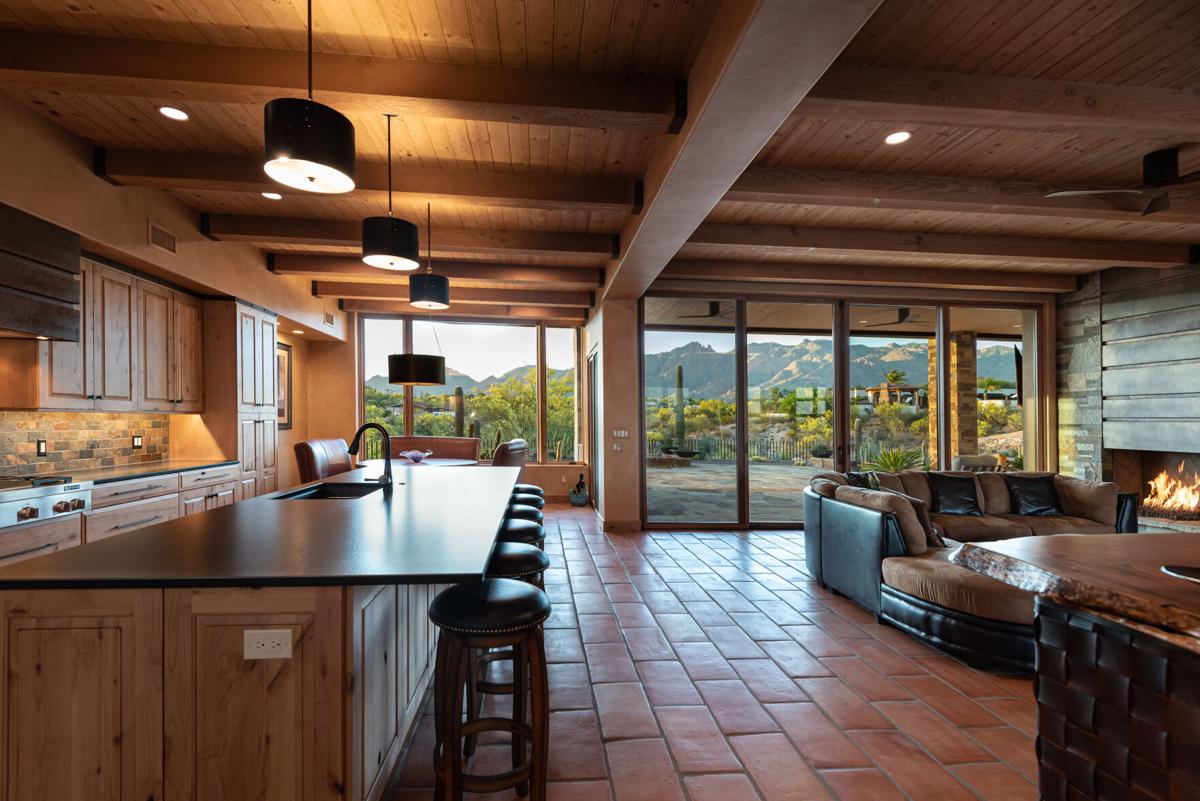 The open-concept kitchen is perfect for entertaining. 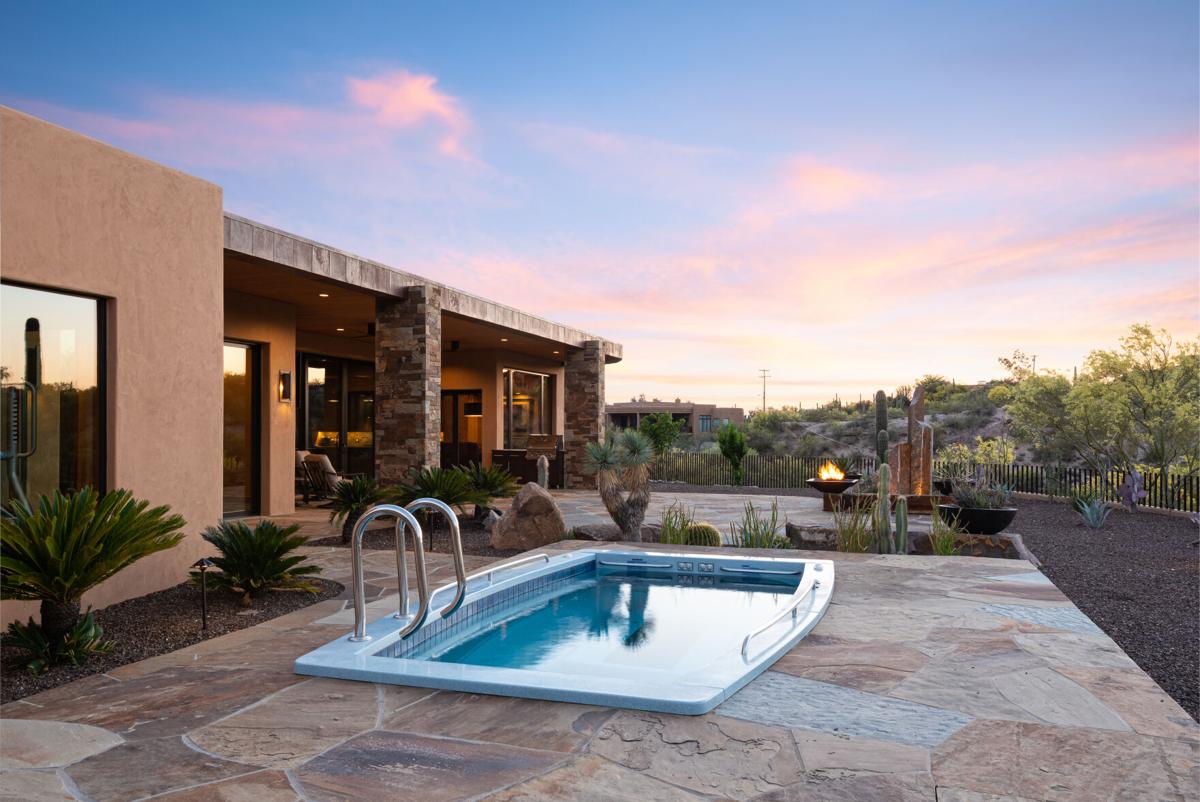 A swim-in-place exercise pool was on Francona’s list of “musts” for this home. 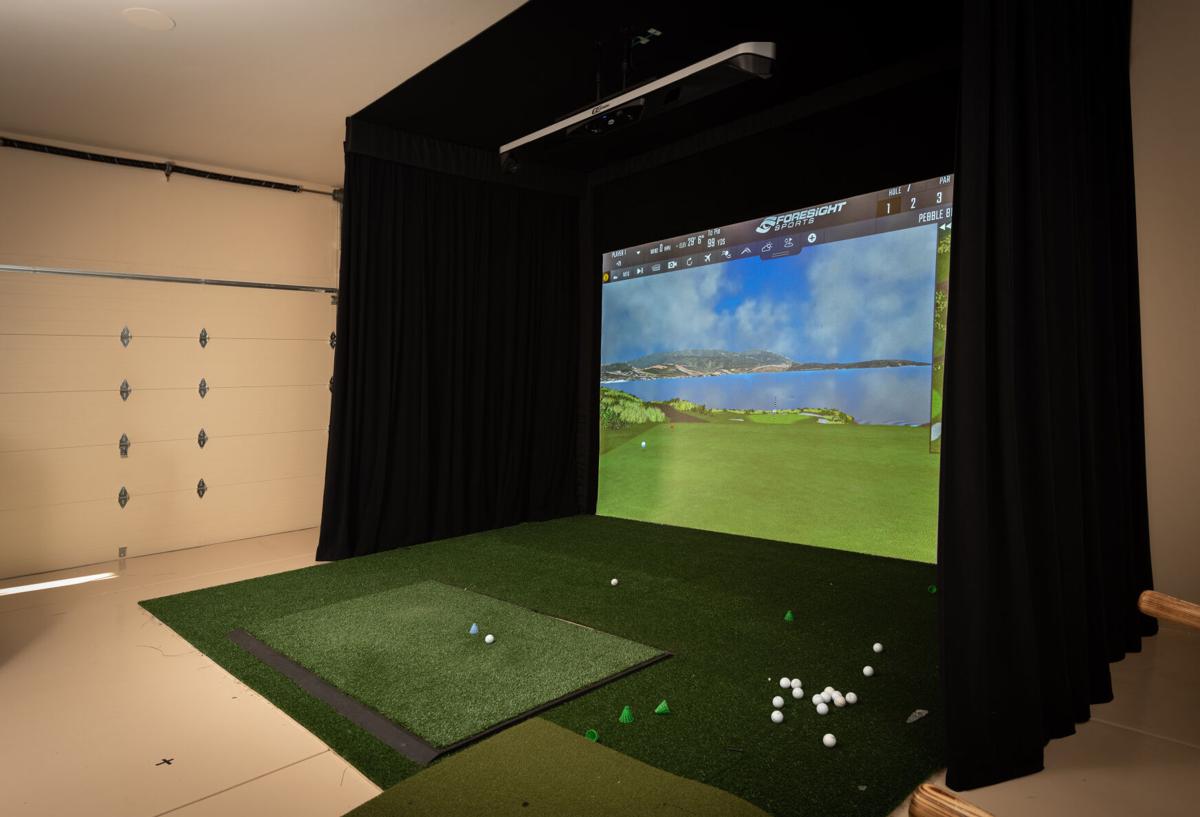 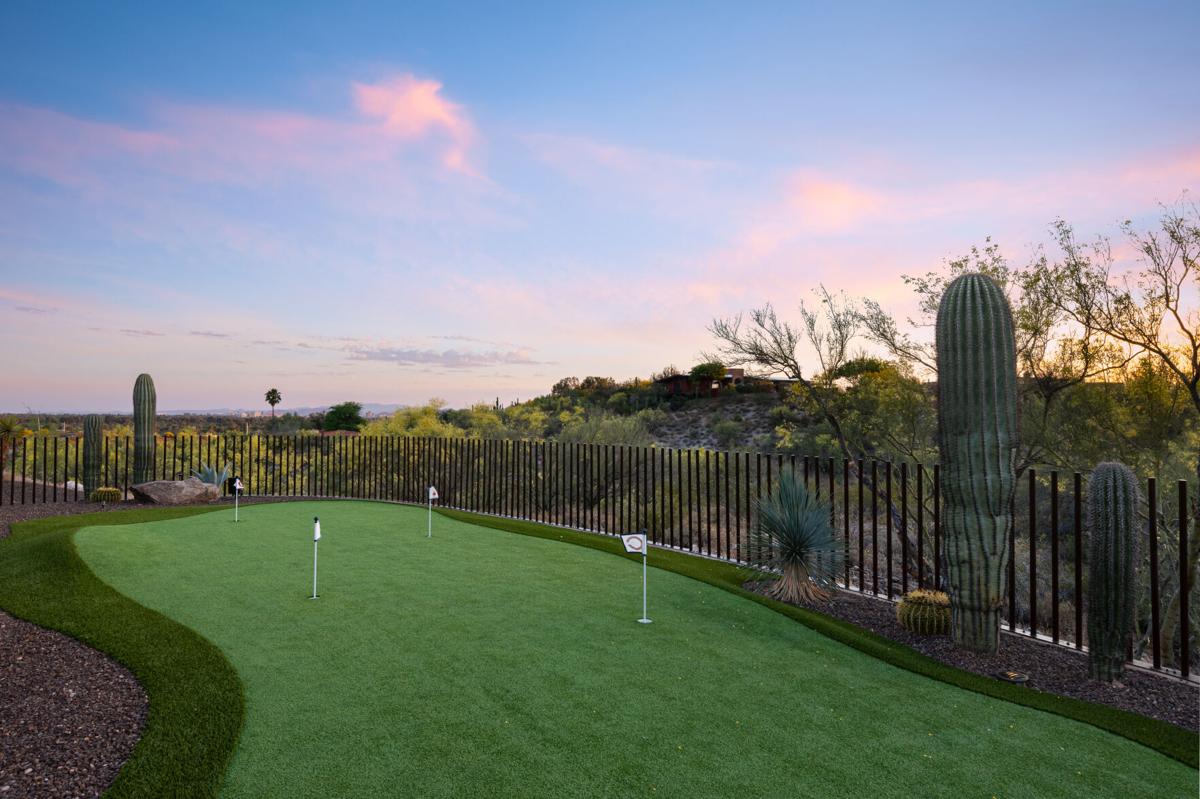 Entrance to the custom home of MLB manager Terry Francona, designed by architect Greg Simmons and built by Vince Smedes.

The entertainment room is lined with shelves filled with sports memorabilia.

The open-concept kitchen is perfect for entertaining.

A swim-in-place exercise pool was on Francona’s list of “musts” for this home.

As summer slides into autumn and the traditional baseball season ends, Cleveland Indians Manager Terry Francona retreats to the beautiful home base he had built in 2019. It serves as a retreat of sorts, one that enables him to enjoy the mild winter months for which the desert Southwest is famous.

“I wanted a place where I could grow old,” Francona notes. “A place to stretch out.”

Francona has deep ties to Tucson, having attended The University of Arizona. The town and its climate grew on him in a hurry. “Anyone from back East who says they like all four seasons … they’re crazy!” he says with a laugh. He also loved the city’s culture and university vibe. “I think it’s a wonderful place.”

At the beginning of 2017, Francona’s longtime friend Eddie Leon connected him with general contractor Vince Smedes, who jumped at the opportunity to work with Francona.

“Terry owned a smaller, older home in La Paloma and wanted to build a new home in the Catalina 10 Estates,” he explains.

Francona said he first showed Smedes his existing home and told him he wanted the same house, but “on steroids.” Next, he said he showed Smedes the four-plus-acre lot where he wanted to build. Francona had seen the parcel while visiting friends who lived in the area and walked the lot with Smedes to get a sense both of what was possible, but also what would be needed to make the land suitable for a home.

Next, Smedes brought in Greg Simmons of Simmons Home Designs to create a residence that ticked off all the boxes on Francona’s wish list. Francona initially thought a home that was roughly 3,000 square feet in size would meet his needs, but Smedes helped Francona hone his requirements, which included a SwimEx swim-in-place pool, golf simulator, putting green, oversize master closet, exercise room, and an office. Smedes quickly realized the home would have to be quite a bit larger if they were to include everything. It was a move that Francona supported.

“When you’re designing it, it changes,”

Over the next two years, the team, which also included Renee Robinson of Desert Venture Interiors, worked together to get the project off the ground. After Francona left for Spring Training in February of 2018, the team cleared the site, prepared the foundation and began construction. Francona returned from time to time to check in.

“Terry is a genuinely nice person, easy to get along with, and he was a hit with our contractors,” Smedes states. “When he was in town, he would stop by to say hello to the workers, take photos, and give out hats and autographed baseballs.”

The job progressed smoothly, if a bit slowly. “There were a lot of custom finishes, wood work, stone work, and that took time,” Smedes says. As an example, Smedes mentioned the faux wall finishes found throughout the home. “It took four women five weeks to complete the inside of the house. We had to get the rest of the contractors out of the home so no dust or dirt would accidentally be incorporated in the finish.”

Tongue-and-groove wood ceilings, large wooden beams, intricate stone fascia and a live-edge mesquite-topped bar are among the other standout features. “We didn’t think it would be a two-year process,” Francona observes, “but we didn’t want to cut corners.”

The end result is a modern, 4,100-square-foot, three-bedroom home set against a resort-like backdrop. Francona moved in during November 2019.

The style may be contemporary, but designer Greg Simmons says it’s a very livable, inviting home that evokes the Southwest. “With its metal-faced canopies and lots of glass, the house draws from a more natural materials palette so that its essence is more rustic, comfortable and inviting ... Terry’s personality is seen in every room.”

Francona couldn’t be happier with the results. When asked what feature of the home is his favorite, he laughs. “There are a lot tied for number one! There’s no part of the house I don’t like. I can golf and swim. It’s spacious, and I have bedrooms on the other side of the house for my grandkids,” he adds. “It met my expectations, and my expectations were high.”

With baseball taking him across the country each spring and summer, Francona is still getting to know the house and enjoy its many amenities. But there is one thing he knew almost immediately: “When I walk in, I get the same feeling every time — I’m home.”