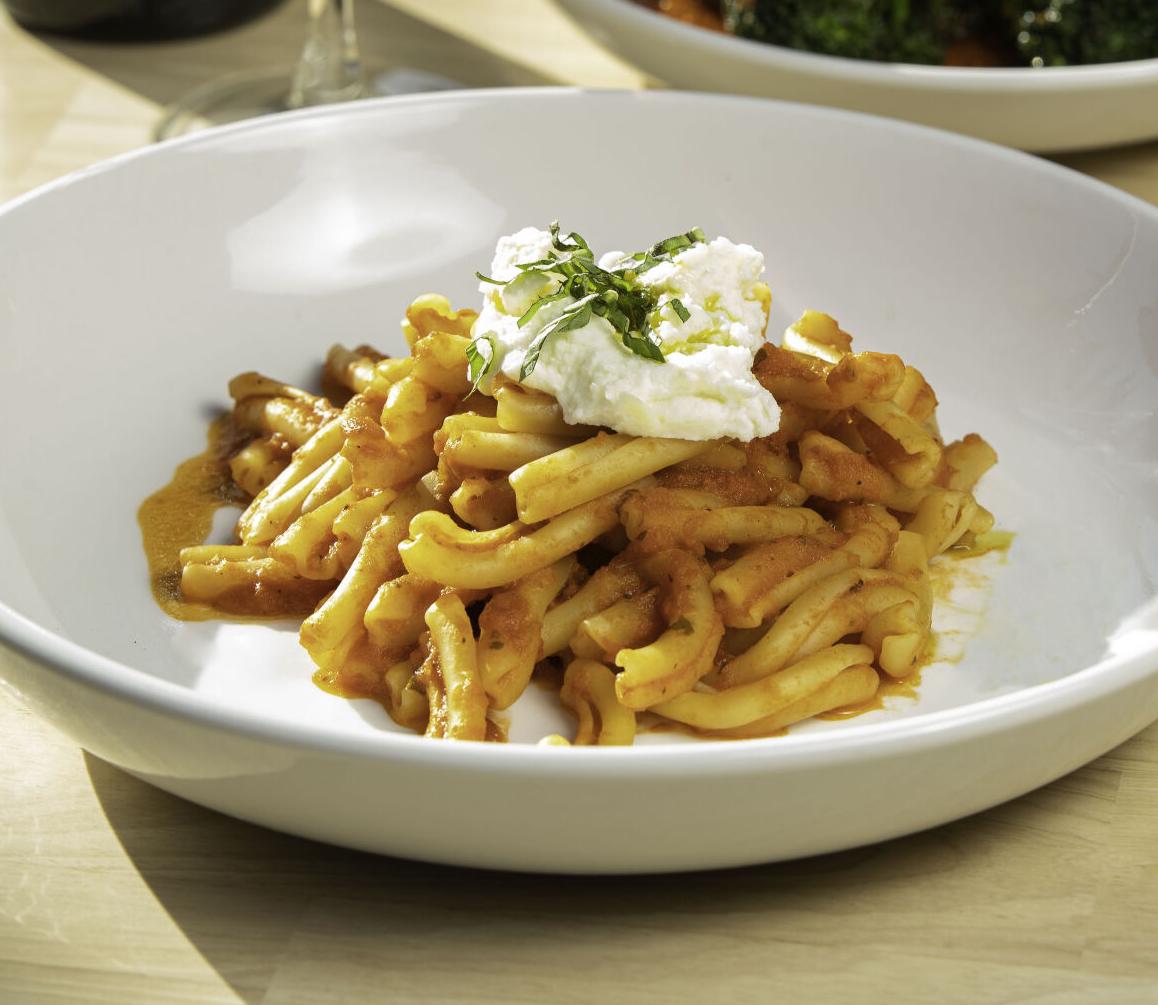 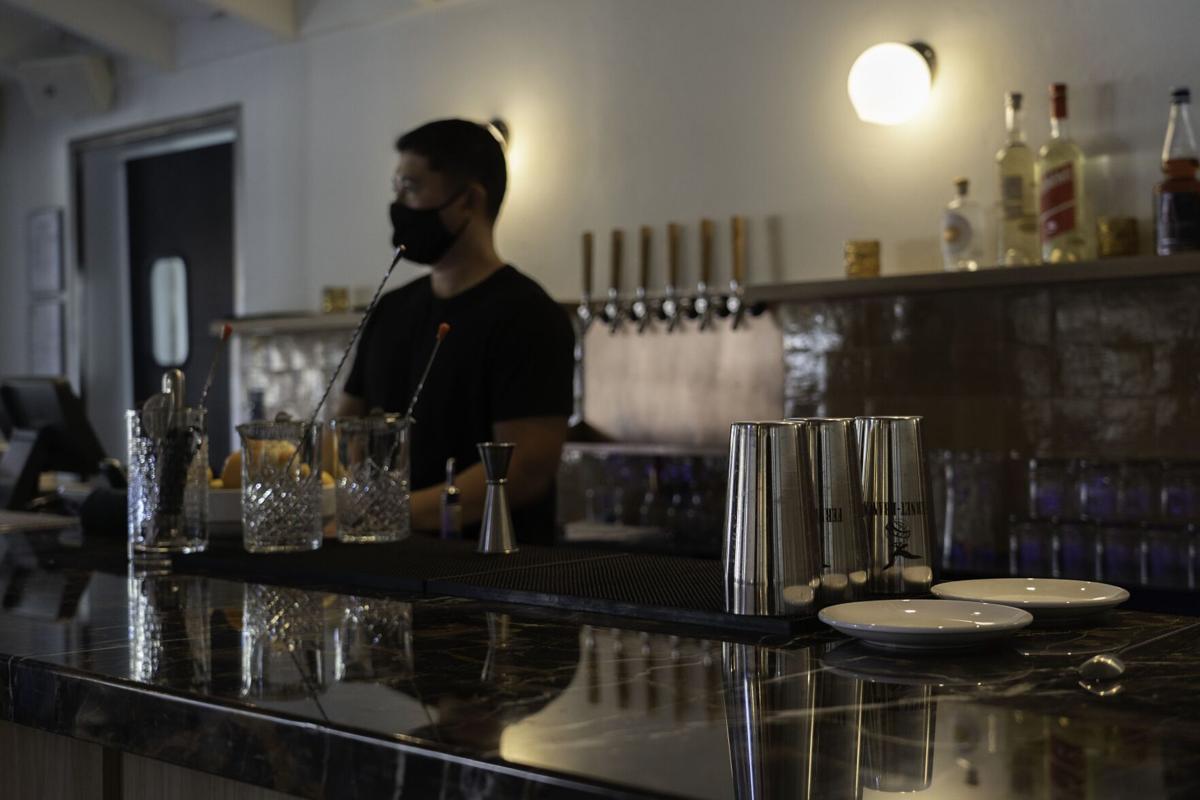 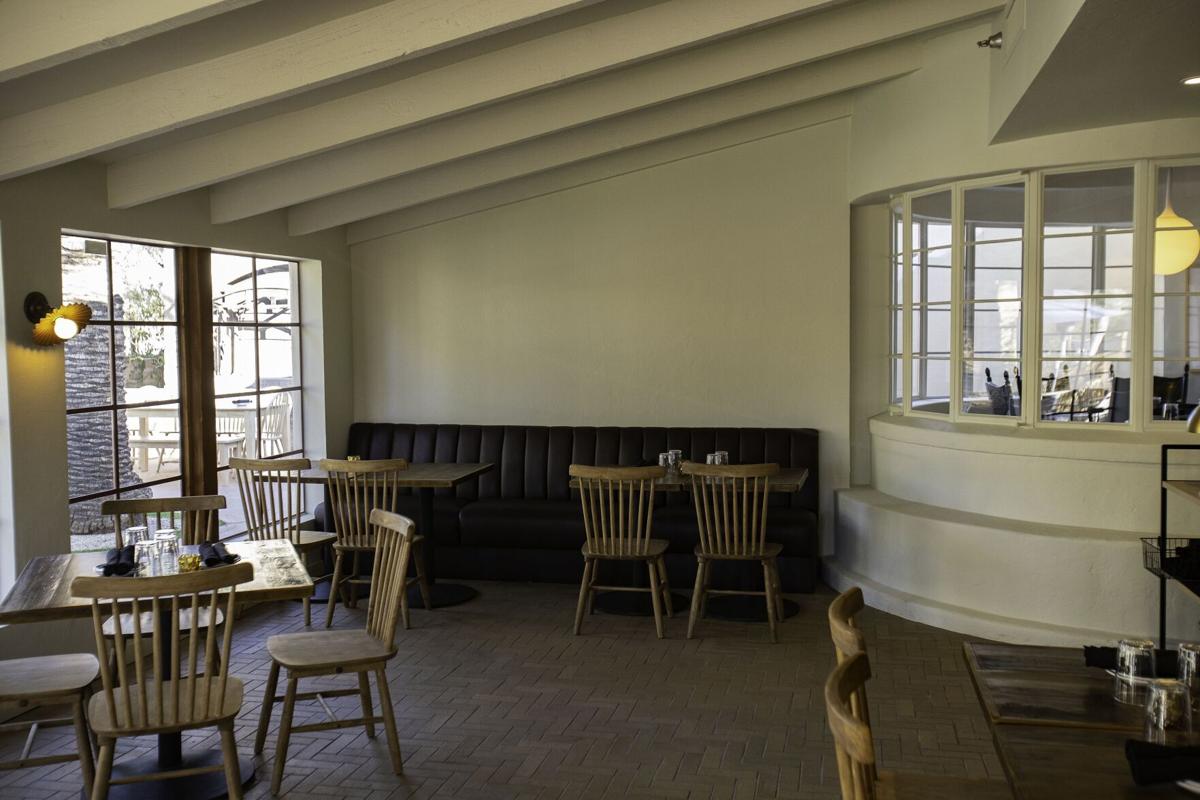 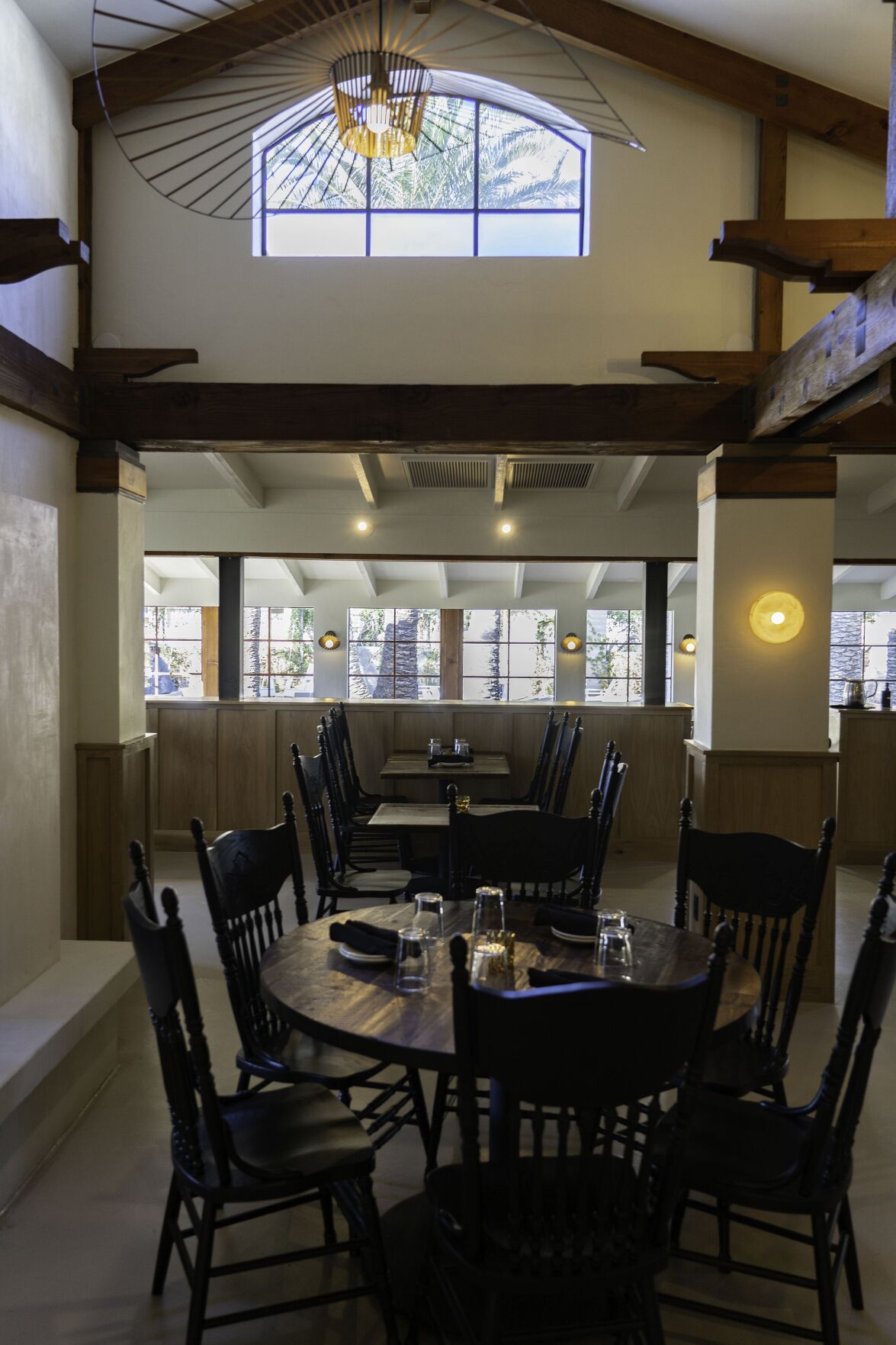 The Old Pueblo’s newest Italian eatery has a neighborhood feel, and a laidback vibe.

Two Tucson-born restaurateurs have taken a 1930s farmhouse back to its roots in an area once defined by the stately El Conquistador resort. Locale Neighborhood Italian restaurant welcomes guests for casual repose and repast on North Alvernon, in a spot familiar to longtime Tucsonans.

“I’ve lived in this neighborhood for close to 14 years,” says Deborah Tenino, who opened Locale in early December with partner Nicholas Kreutz. “I felt that having a neighborhood place to go that’s comfortable, where people do not have to get dressed up, was lacking there. People who love to walk their dogs can feel comfortable sitting on the patio having a great lunch — somewhere it wouldn’t cost a lot to get something tasty and fun.”

Kreutz gazes out on the patio, with casual tables and lawn chairs set apart on the lawn to conform with pandemic codes, and says that seeing children playing and bocce ball players competing on a warm desert winter day brings a sense of home to the midtown trattoria.

“We’ve already developed a regular base of neighbors coming in,” Kreutz says. “We’re fortunate to have such support. We think so highly of our team who came on board, really providing great experiences right off the bat. We’re proud of that.”

Tenino and Kreutz have years of experience in the hospitality industry, first teaming up in 2015 when Kreutz joined with Tenino to run the popular Contigo Latin Kitchen, which features South American and Spanish cuisine. Tenino, who grew up on an Arizona cattle ranch, previously was part of the team opening the award-winning Tavolino Ristorante Italiano. Kreutz, a University of Arizona alum, put his love for food and business to use as general manager of The Grill at Hacienda del Sol, which excelled under his leadership to win multiple awards, including the Ultimate Award of Distinction from Wine Enthusiast.

Two of Contigo’s most loyal patrons are Humberto Lopez and Omar Mireles of HSL Properties, who engaged Contigo for catered events many times over the years. Tenino says that Lopez and Mireles took the lead in approaching them with a proposal for another restaurant. The building they had in mind at 60 N. Alvernon Way had long been home to Old Pueblo Grille, which shuttered in 2015 due to bankruptcy. For a few months in 2018, the site was home to Abuela’s Cocina Mexicana.

Tenino and Kreutz approached the new venture with an open mind, attuned to the building’s history and its origin as a family home on the outskirts of Tucson in the 1930s, now nestled in the Peter Howell Neighborhood at Alvernon Way and Broadway, surrounded by the neighborhoods of Poets Square, San Clemente and El Montevideo.

“We knew early on we wanted to make it Italian,” Tenino says. “We wanted to retain some of the feelings of its original incarnation as a house.”

Toward that end, the partners insisted on working with the bones of the old home rather than create something new, Tenino says. They did make changes, however. Gone is the dark, masculine décor of the Old Pueblo Grille. In its place are soft white plastered walls with light tiles and wood. The entrance was pulled out to create a cozy foyer, complete with a fireplace. The bar was brought from the back of the building into the main room, encouraging a conversational feel in the dining area. Dining tables are spaced apart, in keeping with pandemic codes. Masks are required to enter, and servers are masked.

The once small, private room off to the side of the main dining room has been elongated and furnished with two long tables for family style dining or private events.

The former bar is now a bright bakery, where neighbors can enter directly from the back, linger for a morning cup of coffee and pastry and order a light lunch.

Like many challenges the partners faced with Locale’s debut, the opening was delayed for months, the bakery took additional time, and spaces that are bare now will soon be filled with décor and equipment affected by ever-changing circumstances of the pandemic.

“It certainly is not my preference to open a restaurant in a pandemic,” Tenino says with a little laugh. “It has definitely taught us a lot about the pace of life and how we recognize our staff and take care of people in terms of what we do, our policies and how we make decisions.”

“It makes one hyperaware of staff and employees,” Kreutz adds. “Every little decision has implications, you have to take time to think about it. It’s a difficult time to operate any business, let alone a restaurant.”

“We’ve gotten some pushback on that policy,” Kreutz says. “In our defense, when we see people out on the patio enjoying themselves, we don’t want to force them to leave. We want them to stay and have a good time. We want them to think of this as a gathering space. We encourage people to check it out in off-hours, not just dinner time, and think of Locale as kind of a sanctuary.”

Midweek, Locale features themed deals: Neighborhood Night on Tuesdays where you can order a pasta meal and get another for $10; Burgers and Beer on Wednesdays, with a burger and beer costing $15; and Roman Night on Thursdays, with a pizza slice and salad for $10.

Appetizers include bruschetta, burrata and meatballs. Meats can be added to salads that range from Caesar to panzanella. Sandwiches, which are served from 11 a.m. to 2 p.m., include an open-faced mushroom and braised pork.

Entrées are in the $16 to $32 range and feature eggplant Parmesan, Locale Burger (with truffle fries), salmon, cioppino, spiedino (grilled tuna), a half-chicken and grilled ribeye steak.

Locale’s pizza menu includes a friendly disclaimer: “Amici … This is a Roman-style pizza. Long, rectangular and a little crispy. Maybe you call it flat bread. We call it pizza.”

On the side, Locale serves grilled radicchio, truffle fries, broccolini and polenta.

After a comforting Italian meal, top it all off with a dessert, such as crostata (a seasonal fruit tart), the traditional tiramisu or tartuffo (vanilla and pistachio gelato with luxardo cherries and chocolate).

Thanks to Kreutz’s background in wine and spirits sales, Locale has an impressive wine list and craft cocktail menu. Enjoy casual conversation at the bar with a Ciao Milano (rum, maraschino liqueur, lime and sugar) or a glass of Guiseppe e Luigi Pinot Grigio at your dinner table.

One of the best things about Tucson is its lack of pretension. As the old saying goes, simple pleasures are the best. In a recent conversation with Tenino and Kreutz, that word came up a lot. No, there’s nothing simple about opening a restaurant in the middle of a pandemic or running a successful restaurant at any other time. But it does apply to Locale, from the inspiration for the décor and menu to the partners’ philosophy intended to draw in diners from all of Tucson’s neighborhoods.

“It’s all pretty simple,” Tenino says. “Great food in a good, old farmhouse set in a neighborhood. That’s really what we are all about.”