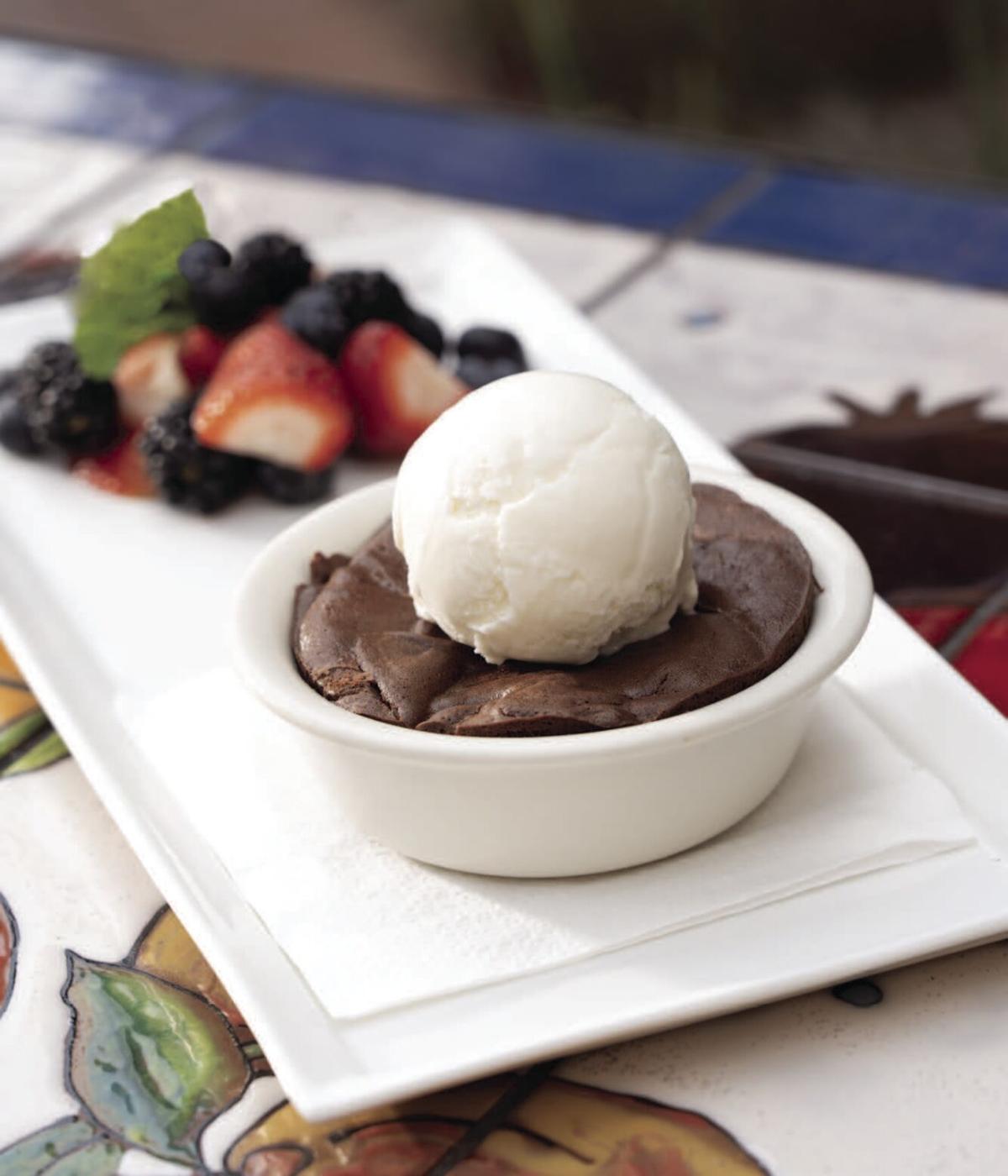 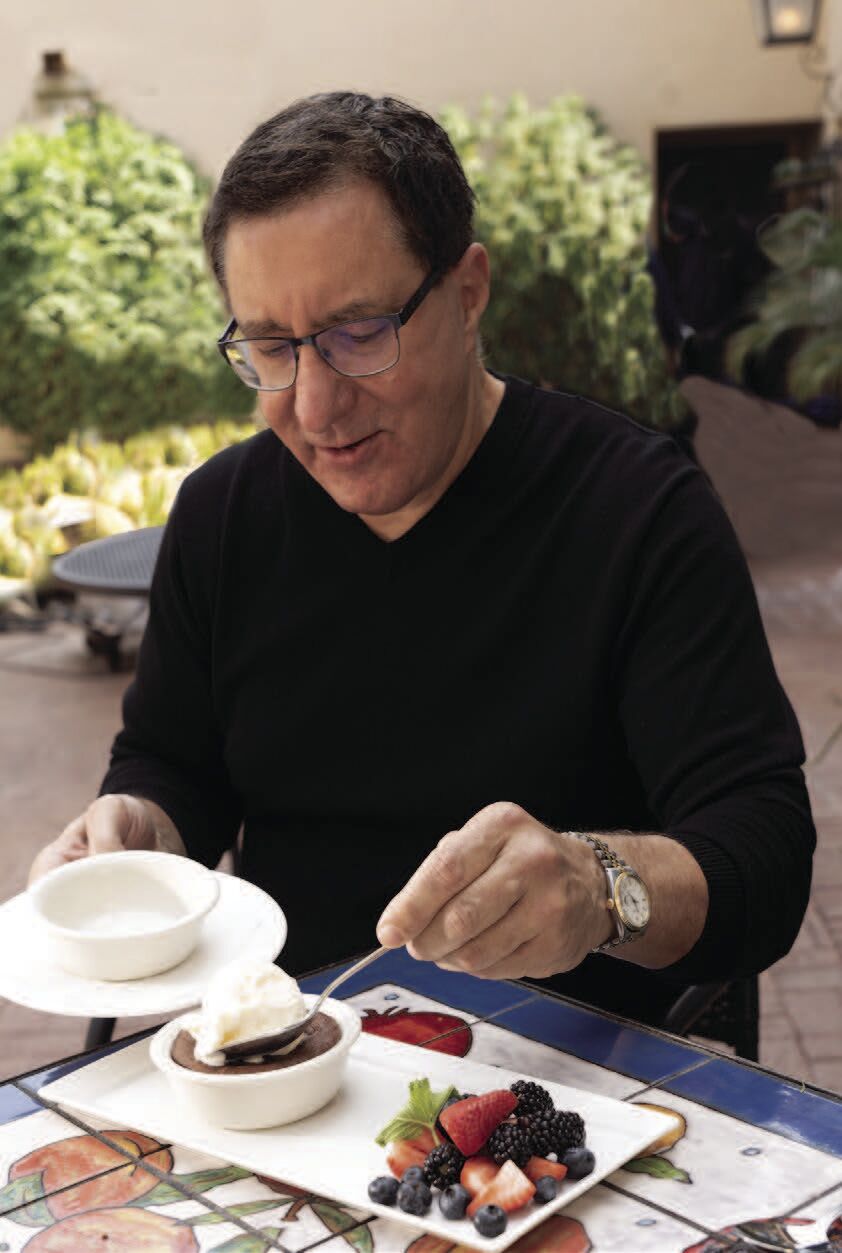 This restaurateur from a locally famous foodie family shares a decadent dessert.

Scordato is a name that has been recognized on the Tucson food scene for decades, dating back to the original Scordato’s restaurant that opened in 1972. Daniel Scordato began working there with his father and brothers and now, years later, he is still cooking for others. He parlayed his years of restaurant experience into one of Tucson’s premier eateries as chef-owner of Vivace Restaurant. In 2016 he relocated his Northern Italian boîte into the former digs of Anthony’s in the Catalinas. The beautifully renovated space features a Tuscan ambience, with a large dining room overlooking the city, and patio views of the Santa Catalina Mountains.

One should not leave Vivace without indulging in Chef Daniel’s specialty chocolate desserts. Vivacetucson.com

Melt chocolate and butter in bowl over boiling water. Stir until melted. Remove from heat. Whisk eggs and sugar over heat until just warm. Mix until very light and fluffy (3-5 minutes).

Place ramekins into a pan of hot water. Bake at 325 degrees for 15-20 minutes (rotate after 10 minutes). Cool slightly and serve with vanilla gelato or ice cream.