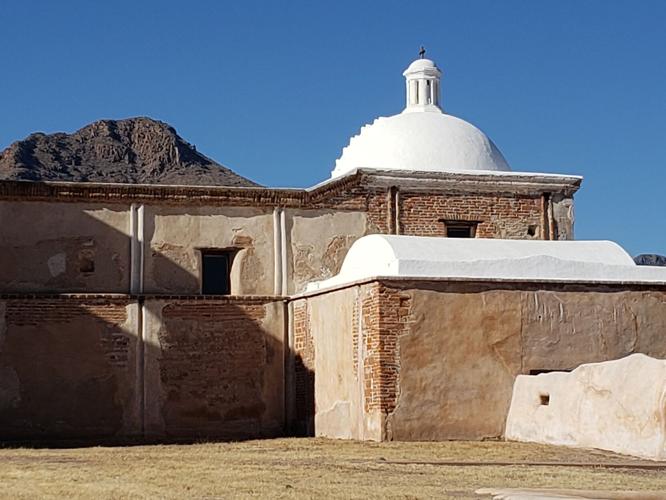 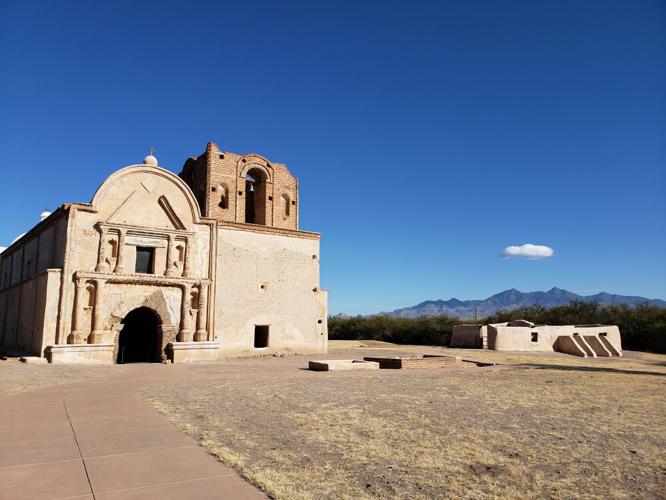 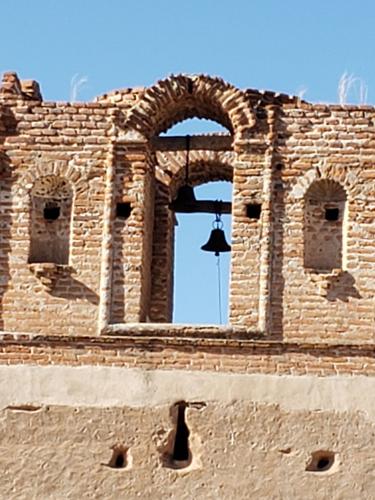 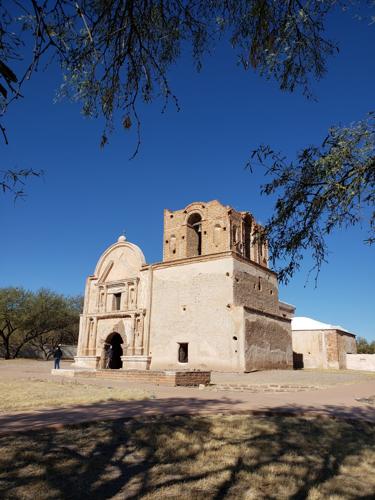 Explore hundreds of years of history just a short drive from Tucson.

February — Arizona’s statehood month — is a perfect time to explore the history of our region, including the Spanish settlements and their role influencing Tucson’s culture. Just an hour’s drive south on I-19 takes you to Tumacácori National Park, where you can spend the day exploring the confluence of indigenous peoples and European colonization.

The Tumacácori site was founded in January 1691 as a mission by Father Eusebio Francisco Kino, making this the oldest mission in Arizona. The name — Tumacácori — is mostl likely an English interpretation of a Spanish word that was coined to try to mimic what the O’odham residents called the land. Fr. Kino celebrated Mass under a simple ramada, and it was many years before a church actually was built at the site.

As you tour the grounds of this national park, you can see the footprint of the original Jesuit church, which was in use in the 1750s. Neighboring San Ignacio de Tubac was constructed in 1753, providing protection to the mission until 1776 when the presidio was moved north to Tucson.

Franciscan priests took over the church in 1768, and some 32 years later, started work on a building that they hoped would be as glorious as Mission San Xavier del Bac to the north. Constructed from sundried adobe blocks, fired bricks, and wood beams and coated with limestone plaster, the structure required years of labor by O’odham workers to build and maintain.

Today, visitors can walk through the remains of the church and see where the choir loft was, glimpse the outlines of some of the original artwork, and discover what the structure was like in its day via artist depictions that are placed inside the sanctuary.

From the courtyard cemetery (where the last interment was in 1916), to the storeroom where seed and grain were kept, there is a lot to see. The grounds also include a replanted orchard, featuring peach, pomegranate, quince and fig trees that were likely to be part of a harvest 200 years ago. A courtyard garden also illustrates some of the plants that would have been brought over from Spain.

Depending upon what day you visit, you may be able to tour the museum, which currently is open Saturdays and Sundays. The museum and visitor center includes original statues of saints that had been on display in the mission, as well as dioramas of a traditional Mass at the church; the rebellion that took place in 1751; and of Fr. Kino arriving at what the Spanish called Pimería Alta.

Though there are places on the grounds to picnic, visitors to Tumacácori often eat lunch at restaurants in Tubac, or travel south to recreational areas such as Patagonia Lake State Park where there are grills and picnic tables.