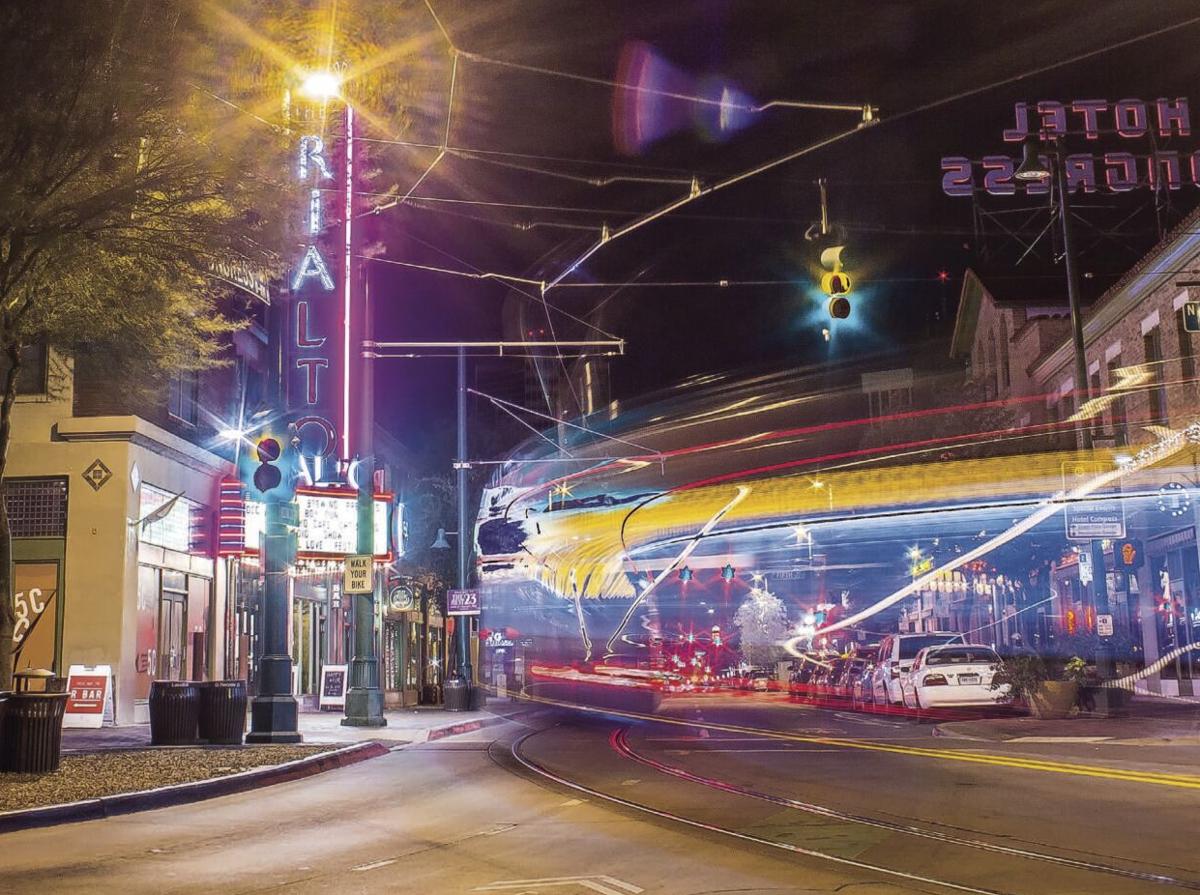 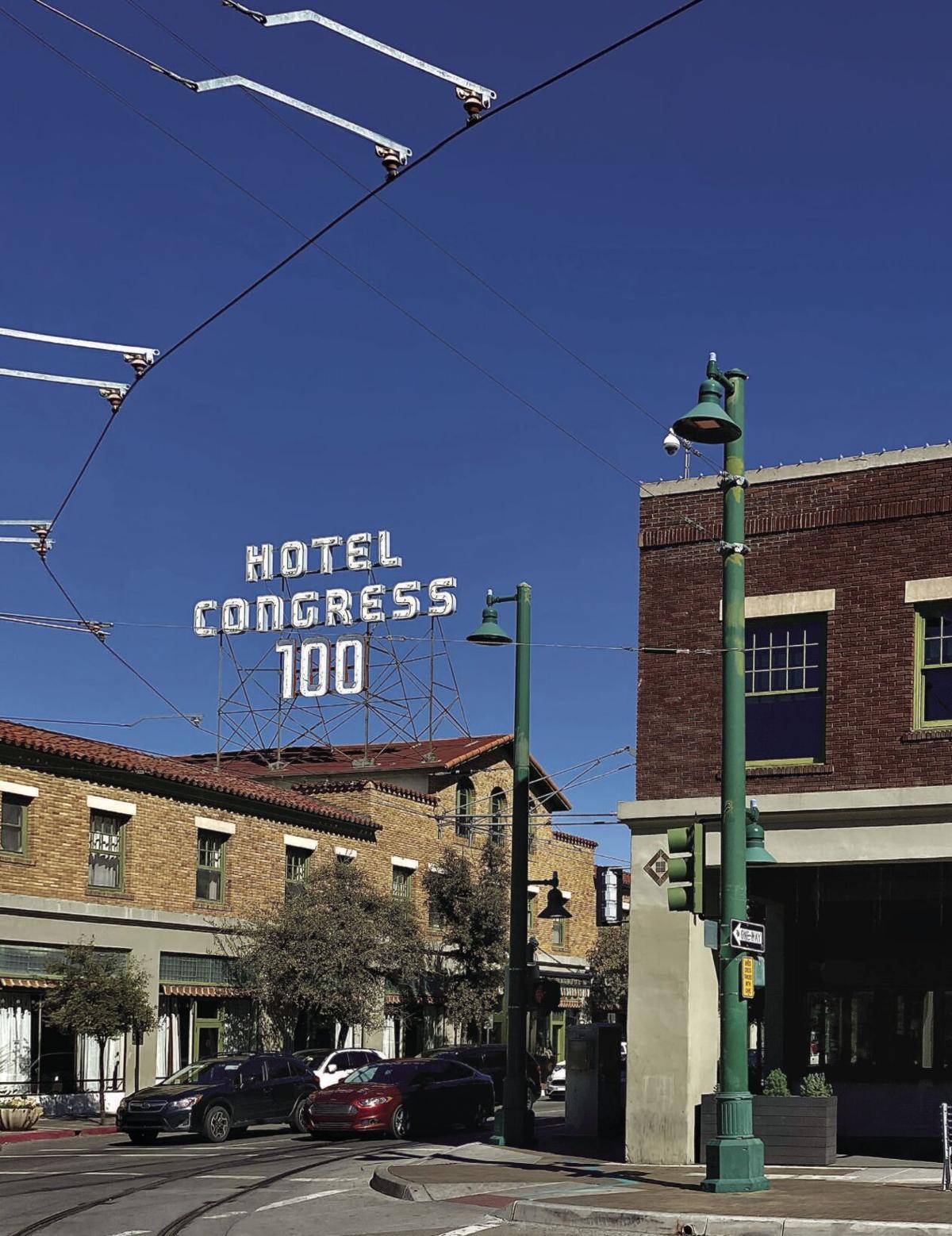 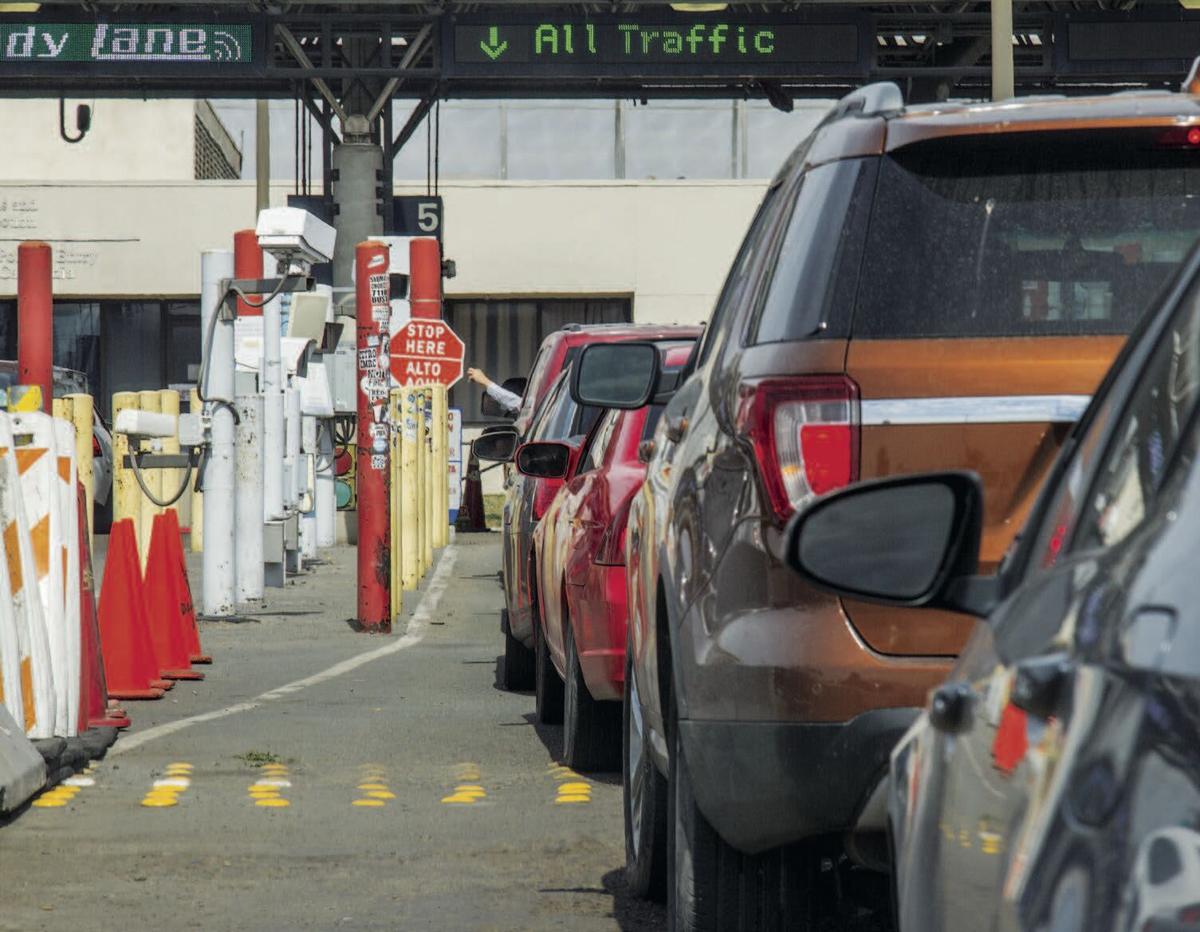 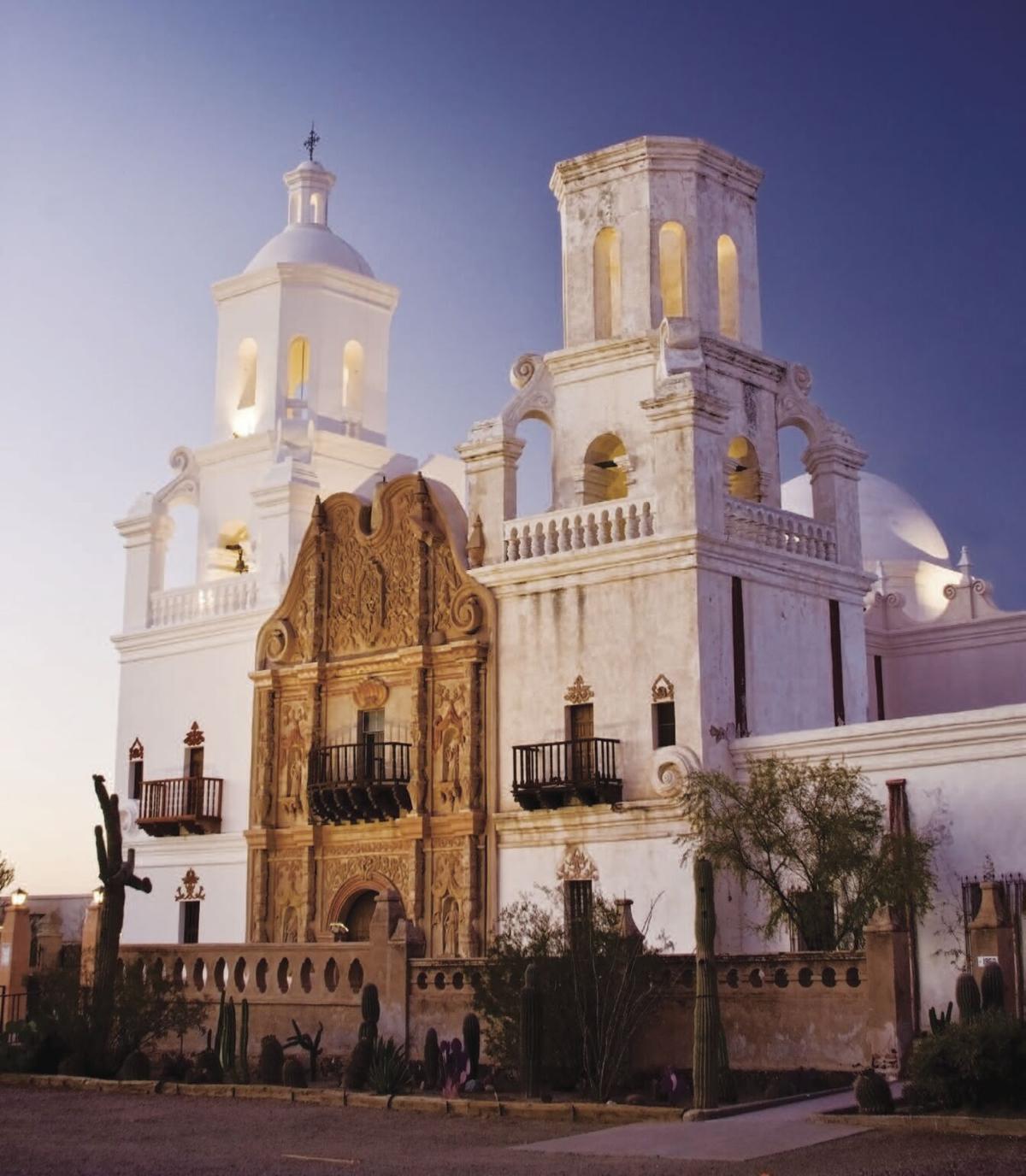 When can we expect to see our usual parade of out-of-state license plates in Tucson? We asked the experts.

Tucson hasn’t escaped the fallout from the COVID-19 crisis. Hotel occupancy rates are down drastically from 2019 levels. At press time, Tucson was averaging a 48 percent hotel occupancy rate, though forecasters predict that will improve somewhat in 2021, climbing to roughly 53 percent.

Kim Sabow, president and CEO of the Arizona Lodging and Tourism Association, says that despite an uptick in hotel stays in recent months, the picture is far from rosy. “The economic impact to our entire state has been catastrophic,” she comments. “To date, visitor spending is down $9 billion statewide compared to last year.”

“We’re encouraged because the phone is ringing again,” Stegen says. “Initially, it was just cancellations calling in.”

Stegen notes that group bookings — the lifeblood of most hotels — are non-existent these days and there’s no telling when those will return. “Our company doesn’t think we’ll get back to 2019 levels until at least 2023.”

Cited as the year widely accepted as the end to the economic fallout from the recession in Tucson, 2019 now seems to be in the distant past. It’s a cruel blow that COVID arrived on the heels of that recovery. “This is actually worse,” Stegen observes. “The recession was nothing compared to this.”

Although these numbers are grim, Tucson actually is faring better than many other Western cities. According to STR, a travel analytics firm that tracks the hotel and hospitality industry, Tucson has consistently outperformed cities like Phoenix, San Francisco, Seattle and Las Vegas in terms of occupancy rates since the pandemic hit. Even more promising, Tucson’s revenue per available room, the profit that a hotel makes on each room night, outperforms 14 other major Western cities.

“I think it comes back to the wide-open spaces Tucson is known for,” says Brent DeRaad, president and CEO of Visit Tucson. “People are looking to get out of crowded cities.”

Visit Tucson has made those wide-open spaces and outdoor recreation activities the centerpiece of its current marketing campaign. With a coronavirus relief grant of $500,000 from the federal government administered through Pima County, along with its existing marketing budget, Visit Tucson has been advertising our area’s amenities to cities within a six-hour drive as well as those with direct flights to Tucson.

“There are so many unknowns with travel,” DeRaad observes, “but we’ve found that the open spaces and outdoor activities are something that seem to be resonating well. The Pima County “Ready For You” program also is important.”

The Ready for You program is a voluntary COVID safety certification program available to local businesses. In order to receive the Ready for You emblem, businesses must adopt specific safety and cleaning measures, as well as demonstrate that these practices are actively in use. The emblem is then displayed prominently at the business, signaling to customers that the business actively practices COVID health and safety measures required by the Pima County Health Department.

“Although it’s difficult to feel optimistic when revenues are so far down, we’re doing better than the great majority,” DeRaad says.

This tourism downturn is made even harder given the fact that 2019 was a recordbreaking year for Arizona. “We had 46.8 million overnight visitors and $25.6 billion in visitor spending,” explains Kim Sabow. “By all assessments, 2021 is looking positive even though our industry will not be fully recovered. But despite positive growth in 2021, we will be nowhere near the pre-COVID-19 demand.”

Jerry Fischer, executive vice president of HSL Properties, says limited-service hotels and large destination hotels will recover on different schedules. “It depends on the segment,” he elaborates. “The big hotels that depend on group bookings are not going to see recovery until at least 2023. The limited-service hotels that serve more transient business customers are going to recover more quickly. There’s already been an uptick in that segment.”

Hotel revenues combined with visitor spending are not the only parts of the tourism equation. Felipe Garcia, executive vice-president of Visit Tucson’s Mexico Marketing, says the fallout from the COVID-related border shutdown has taken a bite out of Tucson and Pima County’s sales tax revenue.

“We receive 20 million visitors from Mexico each year, and those visitors bring $1 billion to Pima County. That’s one billion with a ‘B,’” Garcia emphasizes. “These are tourism dollars coming into the community. In addition, these visitors pay our sales tax, which directly benefits infrastructure in Pima County.”

In an effort to slow the transmission of the novel coronavirus between the two nations, the border between the U.S. and Mexico has remained closed to nonessential travel since March. “The U.S., Mexico and Canada decided together to partially close the borders,” Garcia adds. “But we’re learning now that there’s no evidence that closing borders stops transmission.”

This is why many support a reopening of the border, provided there are safety protocols in place. To that end, Garcia and others have been meeting regularly with Customs and Border Patrol officials to define what reopening might look like. The goal is to create a safe, as well as an efficient, border.

“This won’t work if people have to wait several hours to cross the border,” Garcia comments.

He says there is pent-up demand for the shopping experience Tucson and Pima County can provide. “People come here because of the price of goods and the selection, in particular clothing and electronics, which are really expensive in Mexico.”

Due to tariffs and other taxes, these items are often double or triple the price in Mexico, plus there is limited selection. “Think about children’s clothing stores. There aren’t many choices in Sonora, but here you have stores like Target or The Children’s Place. The U.S. has a huge selection.”

With a physical presence in Obregon, Visit Tucson is dialed in to the local community and has been sharing regular updates about the border reopening both on television news programs and via social media. “We will let them know when the border opens and what to expect in terms of safety protocols,” he says.

In an effort to diversify revenue streams into Pima County while still meeting the needs of consumers, Visit Tucson has supported the brand-new program “Got Box.” Via a third-party vendor, customers in Mexico order goods online, which are then shipped to a Tucson post office box in the customer’s name. The third-party vendor then collects the items from the P.O. box and ships them to the customer in Mexico. It’s a win-win for both the customer in Mexico and Tucson. “When the business has a physical presence here in Tucson, sales tax revenue is collected and we benefit from that,” Garcia says.

Garcia adds that many are eagerly awaiting the safe reopening of the border. “It’s been really hard on the economy here in the U.S.,” he says. “We’re pushing for a reopening because it’s been way too long.”

The tourism industry is holding its collective breath for the same thing that all the rest of us are — a vaccine. That will be the critical piece for a full recovery. “If we see a vaccine in first-quarter 2021, we’ll probably get some traction with group bookings,” Jerry Fischer states. “That will be the first step on the road to recovery.”