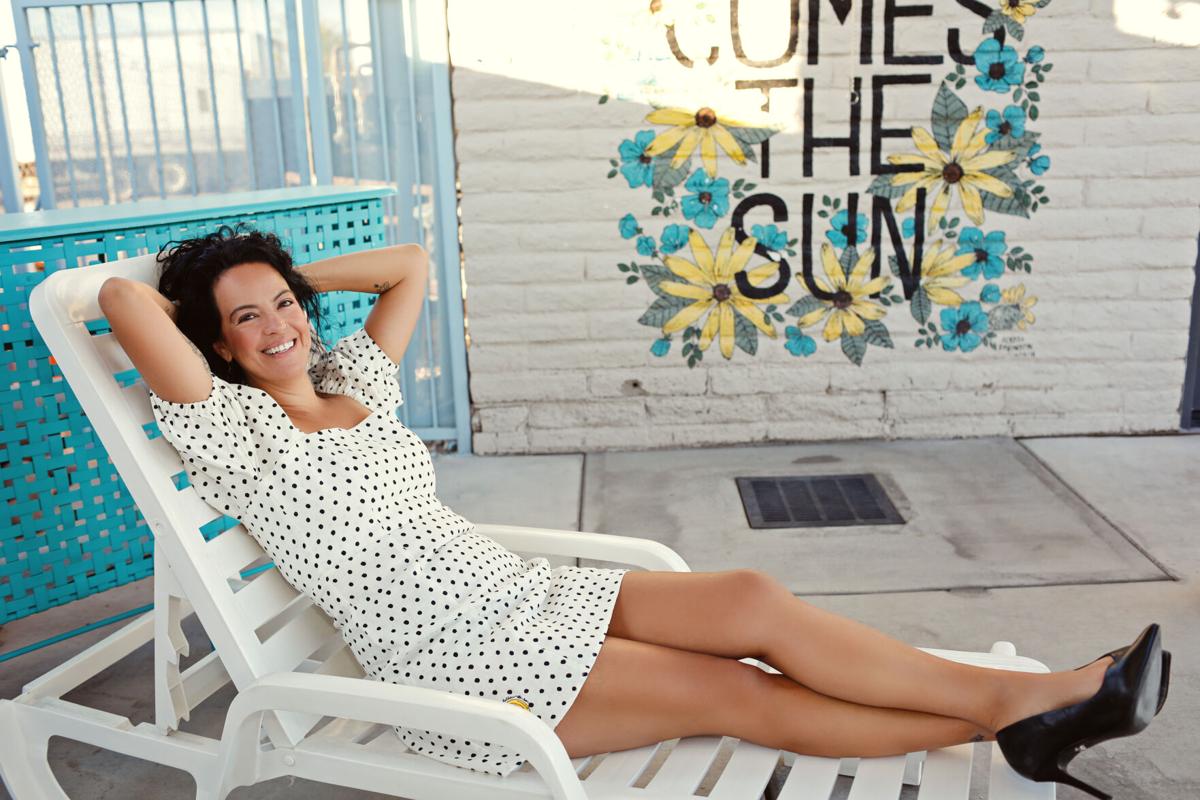 Nicole Dahl, Creative Director and General Manager for the Hotel McCoy, finds that Tucsonans are incredible at supporting local businesses. 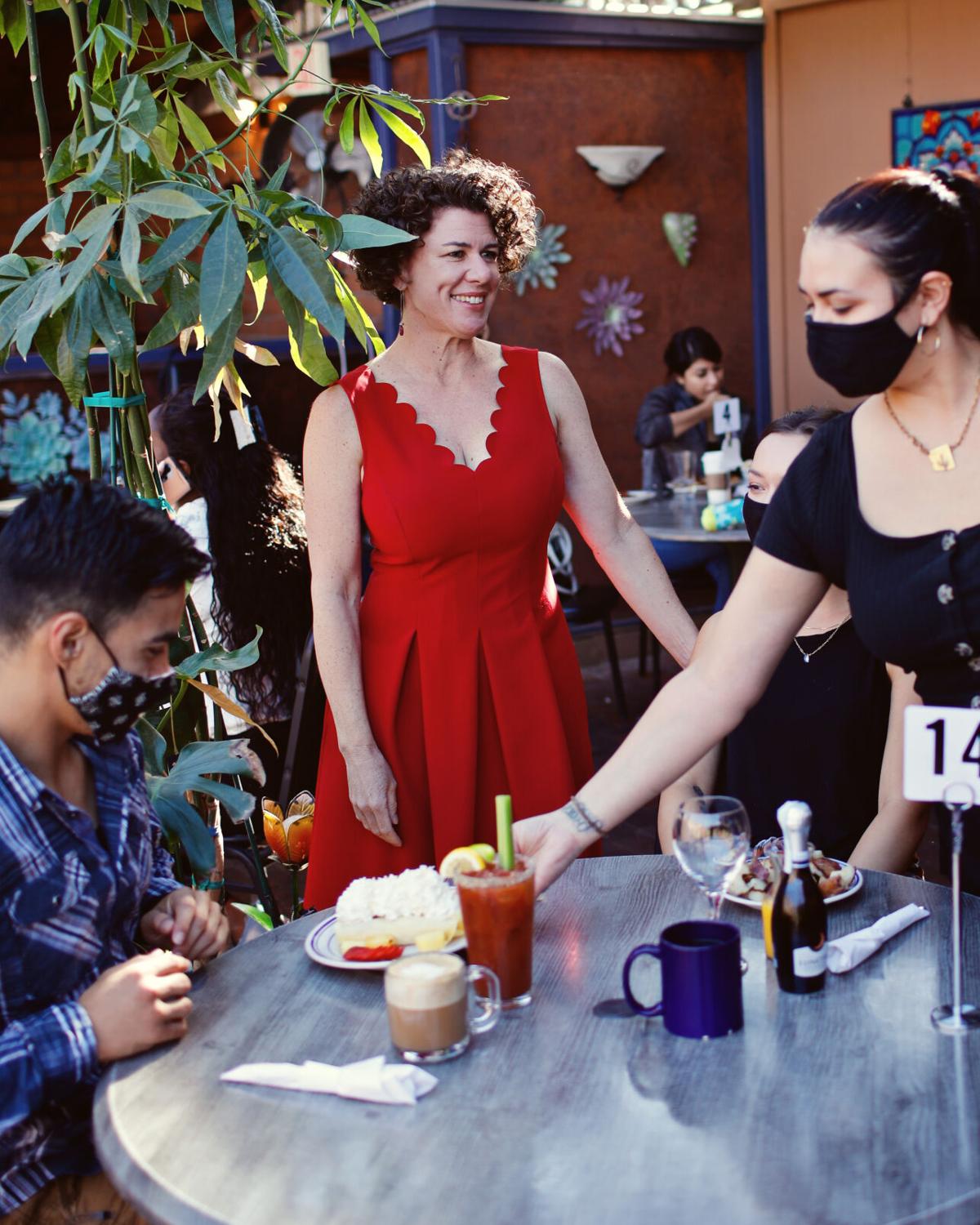 Rebecca Ramey, owner of the Blue Willow, says that the restaurant has had to be flexible in order to remain open. 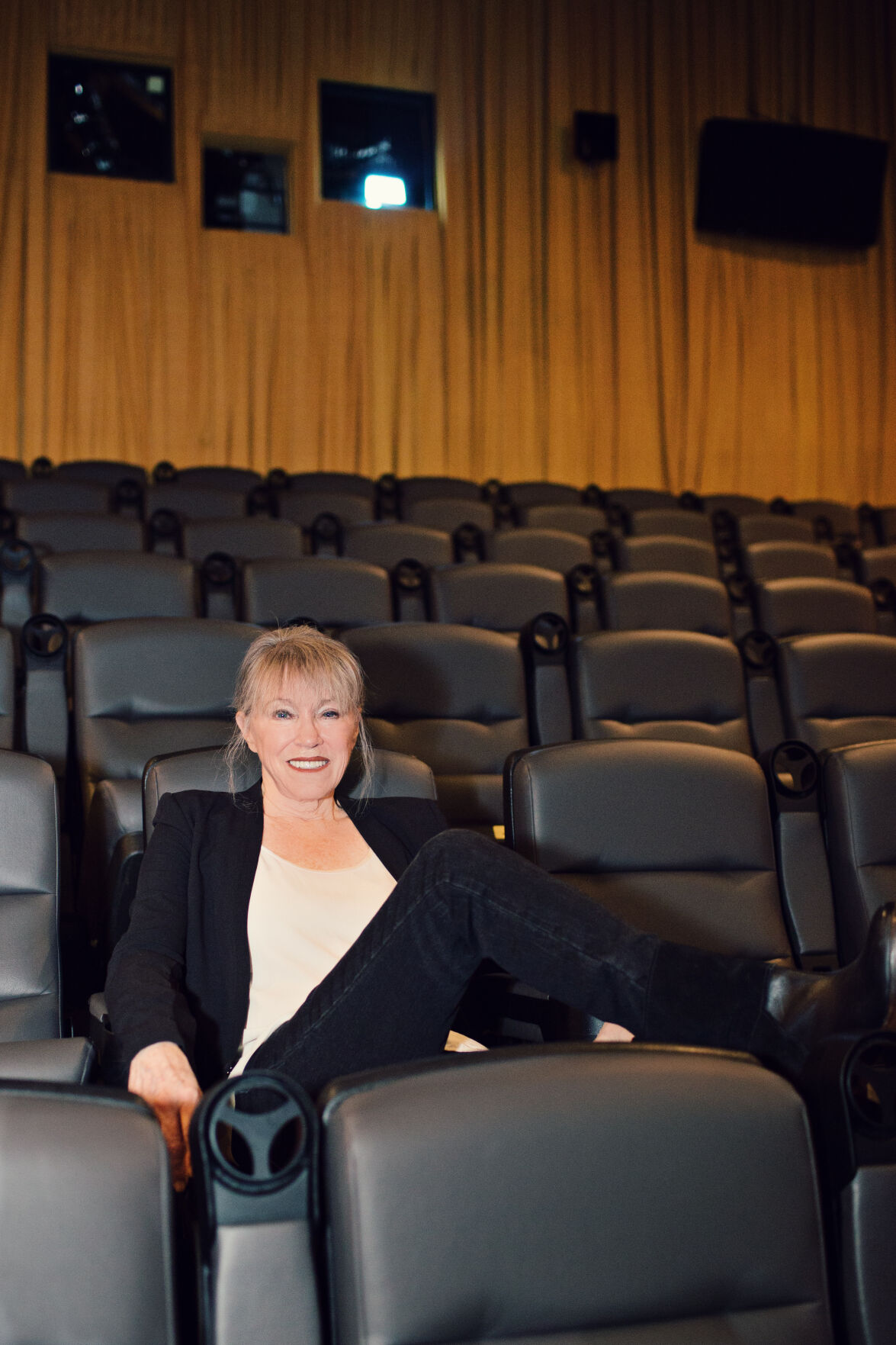 The Loft Cinema’s Executive Director Peggy Johnson credits the survival of the much-loved art house theater on its connection to the community. 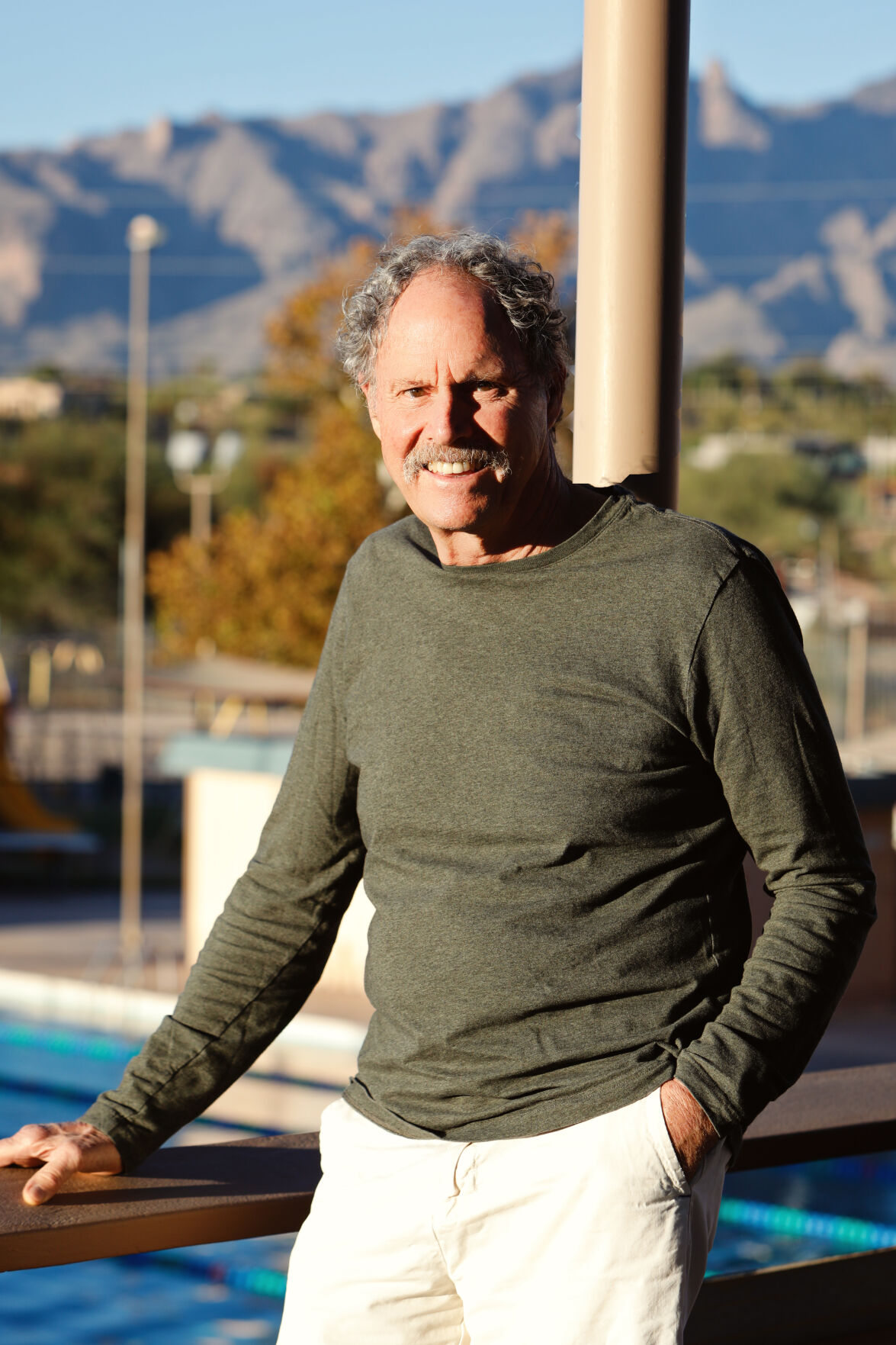 Bill Selby, owner of the Tucson Racquet & Fitness Club, says that all the options they offer members has helped them t remain viable, but they will need to cut more expenses to stay profitable.

Nicole Dahl, Creative Director and General Manager for the Hotel McCoy, finds that Tucsonans are incredible at supporting local businesses.

Rebecca Ramey, owner of the Blue Willow, says that the restaurant has had to be flexible in order to remain open.

The Loft Cinema’s Executive Director Peggy Johnson credits the survival of the much-loved art house theater on its connection to the community.

Bill Selby, owner of the Tucson Racquet & Fitness Club, says that all the options they offer members has helped them t remain viable, but they will need to cut more expenses to stay profitable.

BUSINESSES caught up in the BATTLE AGAINST COVID-19 have suffered many losses. Some have managed to maintain their footing, while others have been driven by financial hardship to close their doors. In the following pages, we salute a few of the places that have found a way to navigate these difficult times, and pay tribute to those that are no longer with us.

The boutique accommodation actually had an uptick in summer occupancy this year compared to 2019. That’s even with having only half of its 90 rooms available at any one time as staff members follow CDC health and safety guidelines. Creative Director and General Manager Nicole Dahl credits that positive result on an aggressive stay-cation marketing campaign; a dedicated staff that provides a responsive, friendly experience, and a supportive community. “It is a testament to how incredible Tucsonans are at supporting local businesses,” she says.

It’s a two-way relationship. At the beginning of the COVID-19 pandemic, the hotel rented rooms to artists and workers in nonprofit and hospitality industries who had no place to stay. The company provided rate assistance grants. It also offered rate discounts to people displaced by the Bighorn Fire that erupted June 5. “We operated at a loss,” Dahl says, “but it was something we were willing to do because immediate action was needed.”

You just do the best you can. We know we have a plan that’s flexible. — Rebecca Ramey

Rebecca Ramey, owner of the 42-year-old restaurant and gift shop, admits that she was bothered by seeing long lines at fastfood places when dine-in eateries like hers were forced to close in the spring. “I was realizing that at a time when people really needed to be healthy, they were feeding their bodies with lots of unhealthy things,” Ramey says. She changed Blue Willow’s business model from drop-by seated dining to fast casual and pickup ordering. That allowed her to continue to serve the restaurant’s made-from-scratch offerings.

The eatery now has a counter where people order food for take-out or before sitting down for limited wait service. A new phone system was installed to manage call-in orders for pickup. The menu was tweaked so that the meals in to-go orders would travel well. Ramey hopes to expand gift-shop sales into the parking lot. “You just do the best you can,” she says of the changes. “We know we have a plan that’s flexible.”

There’s a lot of buzz about whether movie theaters will survive the pandemic. Peggy Johnson, executive director of The Loft, thinks movie arthouses will be fine because of the type of fan they attract — those who appreciate good independent, international and classic films presented in big-screen formats.

A lot of our ability to survive is totally because the community supports us.— Peggy Johnson

The proof has been the company’s successful private small-group rentals of its three screens, along with its public outdoor screenings for up to 45 viewers. The Loft also sells concession and gift items curbside and takes in proceeds for viewers streaming movies at home. Its membership is actually growing. “A lot of our ability to survive is totally because the community supports us,” Johnson says.

Having 42 outdoor tennis and pickleball courts, plus two pools, have allowed the 53-year-old midtown fitness and recreation facility to stay open, even as classes, the restaurant and fitness center remain shut down or operating at lowered capacity. The staff has been kept on, many of them spending more time cleaning and sanitizing the facility and less on training or teaching.

Some of the exercise equipment has been moved outdoors to allow for safer use. Patrons who canceled memberships have slowly rejoined and suspended membership dues have started coming in. The club is not quite out of the woods, but the owner is hopeful. “I’m going to have to figure out how to cut more expenses to survive,” says Bill Selby. “We are moving a little bit more in a positive direction.”

What originally was a plan to expand the toy store has now become the saving strategy for the shop that started in La Encantada shopping center. Owner Autumn Ruhe had bought the old Kids Center building on Swan Boulevard before the pandemic disruption to open a second location. Now it will become the company’s only location.

“The whole point of the store was to come and gather like a community hub and touch and explore new toys,” Ruhe says. In the disruption, the smaller foothills store could safely accommodate only five shoppers at a time. Events were canceled and play tables were put away. The store went to online sales and curbside pickup. “It’s a completely different business model than what we do here,” she says of the changes at the La Encantada location. The Swan location, “is much bigger and the airflow is better.”

GONE BUT NOT FORGOTTEN

Café Botanica at Tucson Botanical Gardens closed after nearly seven years with caterer Kristine Jensen at the helm. A snack bar has taken over the space until a new eatery is opened next year.

Old Tucson started in 1939 as the movie set for Arizona and over time has been the backdrop for more than 400 film productions. The Wild West attraction closed in September and the property was handed over to Pima County, which will decide what to do with it.

GNC vitamin and nutritional supplement stores in seven locations throughout Tucson and Oro Valley closed after the company filed for bankruptcy in the summer.

Old Pueblo Soapery announced the closure of its Fourth Avenue store in June. It had maintained a brick-and-mortar presence since November 2018, starting with a location in Marana. It continues sales online and at art fairs.

People’s Choice Video Express Tucson, one of the last video rental and sales stores in the city, announced in September that it would close after nearly 30 years.

Persnickety’s Boutique closed in the summer after 27 years of selling new and used clothing on Tucson’s northwest side.

Pier 1 in Oro Valley was not on the initial list for closure when the company announced in February that it was filing for bankruptcy. However, the uncertainty of finding a new buyer after the COVID-19 disruption forced the company to close its remaining stores in the spring.

Rincon Market in the Sam Hughes neighborhood near the University of Arizona temporarily shuttered in March. Plans call for it to reopen as a restaurant and market.

Alibaba Mediterranean, a midtown Persian and Middle Eastern restaurant, quietly closed in June. It opened in 1986 as a deli and market and switched to a dine-in restaurant in 2005.

Café Poca Cosa, the Mexican restaurant that helped solidify Tucson’s reputation as a major culinary destination, closed in October after more than 35 years.

Chicago Bar brought the Midwest to the eastside since 1978, but closed in June.

Cody’s Beef ‘n Beans, a steakhouse fixture for 32 years, closed in August, never reopening after the mandatory shut-down in March.

Gee’s Garden, which opened as a Chinese buffet restaurant in 1975 and became a favorite dim sum spot, closed in the summer, a victim of lost revenue and a lease contract dispute with the landlord.

Green Feet Brewery planned to close by Oct. 16 or when the beer ran out, which happened Oct. 8. The southside craft microbrewery opened in 2016.

The Meet Rack, a popular 23-year-old dive bar known for parties and branding of its guests — voluntarily, of course — closed in October because it couldn’t pay rent.

Oracle Inn Steak House, a popular gathering spot for locals and celebrity visitors to Oracle since 1939, announced its closing in August.

Sweet Tomatoes announced permanent closures of all its buffet restaurants, including Tucson’s northside and eastside locations, because CDC guidelines made it impossible to foresee reopening.